A judge has given rare consent for the remains of a man who died more than 25 years ago to be exhumed for DNA tests that could prove he was responsible for rapes for which his son is serving a 23-year jail sentence.

Thomas Edward McKenna died of a heart attack aged 62 in April 1993 and is buried at St John’s cemetery in Elswick, Newcastle.

Last March his son, Eric McKenna, 58, was jailed at Newcastle Crown Court for 23 years after being convicted of the rape of two women in 1983 and 1988. One of these women was Wendy Forrester, who bravely waived her anonymity.

But now the late Thomas McKenna’s daughter, Eileen Hutton, has come forward and said she believes the rapes could have been carried out by her father, not her brother.

As a result, Eric McKenna’s wife, Moira, sought permission from the Church of England’s Consistory Court, which has to give consent for exhumation from consecrated ground, to have her late father-in-law’s remains unearthed.

She hopes DNA samples could prove the innocence of her husband and the guilt of his father, who had a history of violence towards women. Northumbria Police told MailOnline the investigation could be reopened if the DNA is a match. 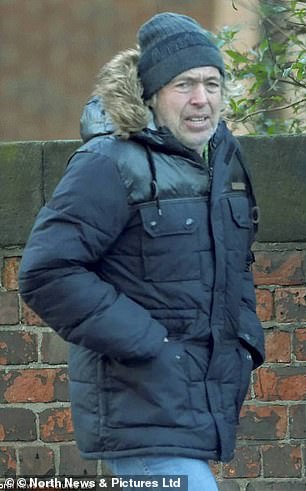 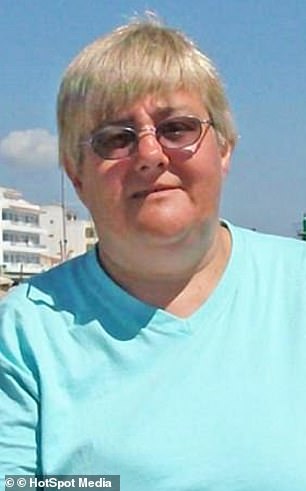 McKenna, 58, (left) was jailed at Newcastle Crown Court for 23 years after being convicted of the rape of two women in 1983 and 1988, including Wendy Forrester, who bravely waived her anonymity (right). Images undated

Eric was originally caught 30 years after his crimes after police took swabs of his neighbour’s plant pot that he had urinated in. His DNA samples matched with those from the two rapes – with police saying there was a ‘billion to one’ chance of it not being McKenna or a close relative.

In the majority of cases the Consistory Court refuses consent for exhumation on the basis of Church philosophy that a last resting place should be preserved.

But, after being told that DNA evidence was a key issue in the case against Eric McKenna, Euan Duff, Chancellor of the Diocese of the Diocese of Newcastle, in his role as a Consistory Court judge, has given rare consent for the exhumation.

The judge said that after the blaze of publicity that followed Eric McKenna’s trial and conviction, his sister – who had lost touch with him – contacted his wife, Moira.

He continued: ‘Mrs Hutton contacted the petitioner [Moira McKenna] and informed her that she did not believe that her brother had committed the offences of which he had been convicted but that her father might well have been the perpetrator.

‘She alleged that he was a violent person, particularly towards women and had served terms of imprisonment.’ 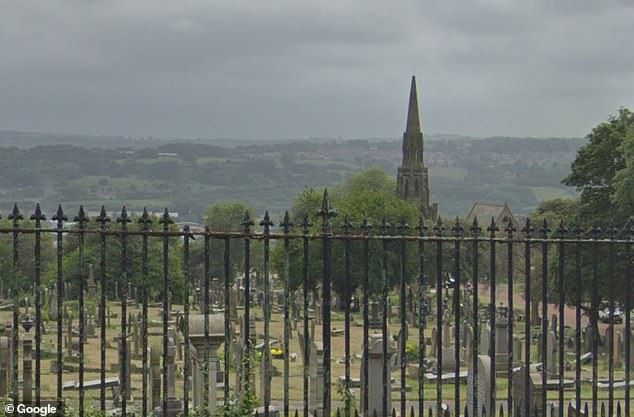 His father, Thomas Edward McKenna, died of a heart attack aged 62 in April 1993 and is buried at St John’s cemetery in Elswick, Newcastle (seen in a file photo)

The court heard the first victim was attacked in May 1983, when she was aged 21, and had been at a social club then a party in Gateshead.

Jurors heard the woman, who was a single mother, suffered ‘appalling’ treatment when she reported her ordeal to the police at the time, who kept her waiting up to 15 minutes to be seen, asked if she was gay and advised to ‘go home and forget about it’.

Despite the way she was spoken to, the woman gave a full statement and underwent an intimate examination.

She told police she had been approached by the stranger near the Gateshead side of the High Level Bridge, who put his arm around her neck and his hand over her mouth and claimed to have a knife.

The attacker, who stole documentation containing the victim’s address, raped the woman, with her head covered in her own t-shirt and jacket, after forcing her to strip naked.

He then gave her money for her bus fare home but warned: ‘If you go to the cops I know who you are and where you drink.’

Mr Espley said the second attack which happened five years later, in March 1988, had ‘marked similarities’ to the first.

Later, Wendy Forrester came forward to identify herself as the first victim. She said: ‘After my attack, I had a breakdown.

‘I moved around several times because I was so frightened of him and had nightmares about him coming to get me.

‘I just prayed that one day I’d get justice for what happened.’

The court heard the second victim, who was 18, had been walking home from a night out and was approached by a stranger in Newcastle city centre.

The man had offered to show the woman a ‘short cut’ then dragged her into a deserted yard and raped her at knifepoint after threatening to ‘cut her legs and cut her breasts off’ if he did not do what she said and if she did not ‘enjoy it’.

The court heard, once again, the woman was stripped naked and her own jacket was held over her head while she was raped.

She was hit in the face after she started crying.

The woman was left to collect pieces of her own clothing from the ground before she made her way to a city police station.

Mr Espley told jurors: ‘The same DNA from the same man was found at both incidents.

‘As you will hear later, DNA from the man who attacked both women is the same as Mr McKenna’s.’

The judge said Mrs McKenna claimed her husband was convicted ‘solely on the basis of DNA evidence and that other aspects of the evidence had pointed away from his being the perpetrator of the offences’.

He said that after examining evidence used at McKenna’s trial he considered ‘the entire case against Mr McKenna relied upon the DNA evidence against him.’

And while he stressed that his decision to give consent for exhumation was in no way to be taken as support for the contention that McKenna was wrongly convicted or that his father might have been the rapist he said: ‘I consider that if there is even a slight, but real, possibility that there has been a serious miscarriage of justice then it is wholly proper that everything be done to ensure that that is not the case.

‘If, as may well be the case, ultimate DNA analysis establishes that the deceased could not possibly have been the perpetrator then that will put an end to any untoward allegation that he might have been guilty of the offences.

‘I am entirely satisfied that these circumstances are sufficiently compelling to justify exhumation.’