When suffering from a bad cold, many of us stock up on Lemsip or Sudafed to try to ease the pain.

But it appears some of our go-to remedies may not be as effective as we had hoped.

The latest guidance from the health watchdog has revealed that taking oral decongestants – which are designed to relieve congestion by reducing inflammation and mucus production – may not actually help ease the symptoms of sinus infections.

The National Institute for Health and Care Excellence (Nice) has also suggested that placing a towel over your head and inhaling steam from a bowl may also be a waste of time.

Traditional cold treatments such as Lemsip and Sudafed may do nothing to combat a blocked nose, health chiefs have warned (file photo)

Health experts said that those suffering from sinusitis, which presents itself as head pain, a high temperature and a blocked or runny nose, should instead just take paracetamol.

The majority of cases end up clearing on their own within a few weeks, but paracetamol may help to relieve pain and fevers.

Nice’s report said: ‘It was reasonable to consider paracetamol or ibuprofen for acute sinusitis despite no evidence for their use in this condition. This is because these medicines have well-established efficacy and safety profiles for managing pain and fever generally.

‘Based on experience, the committee agreed that people with acute sinusitis may wish to try self-care with nasal saline or nasal decongestants to relieve nasal congestion, but it should be explained that there is not enough evidence to recommend these.

‘It should be explained to people that no evidence was found for using oral decongestants, antihistamines, mucolytics [which loosen mucus], steam inhalation or warm face packs in acute sinusitis.’

Nine in ten sinusitis sufferers who see doctors are prescribed drugs including antibiotics. 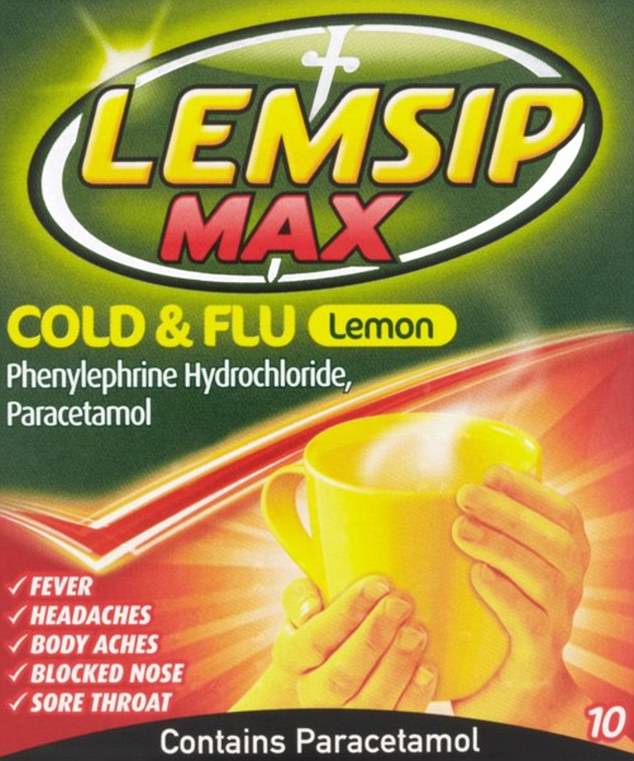 Dr Tessa Lewis, a GP and chairman of the managing common infections guidance committee, told the Daily Telegraph: ‘We know that most people with sinus infections will recover in a couple of weeks without needing any antibiotics. Health professionals can help their patients cope with this infection and the sometimes unpleasant symptoms it can cause.

‘They should tell them that they’ll probably be feeling this way for a while, and that unless they are very unwell, the best thing to do is to take paracetamol and “take it easy”.’

The guidance said GPs should avoid handing out antibiotics unless the symptoms had lasted longer than ten days.

Professor Gillian Leng, deputy chief executive at Nice, said: ‘Antibiotic resistance is one of the greatest dangers to our health, which is why we must all work together to fight it.

‘Our new guidance will help healthcare professionals to use antibiotics efficiently and only when they are really needed.’