Theresa May has paved the way for a bruising showdown with diehard Remainers in Parliament next week as she seeks to throw out attempts by the Lords to thwart Brexit.

Downing Street announced that the Commons will hold a marathon 12-hour session next Tuesday in a bid to overturn a string of amendments to the flagship EU Withdrawal Bill.

Tory whips last night cancelled all leave for the day as they tried to ensure they have the numbers to get the legislation through.

Labour last night described the attempt to ‘ram through’ the legislation in a single day as ‘an absolute disgrace’.

Labour’s chief whip Nick Brown told a meeting of the Parliamentary Labour Party it was potentially ‘unsafe’ to keep MPs voting until the small hours of the morning on critical issues.

Labour is said to be pushing for four days of debate on the 15 amendments passed by the Lords. Mr Brown told MPs there would be ‘reprisals’ if ministers refused to allow more time – including suspension of co-operation on other Government business.

But Eurosceptic MPs welcomed the decision to bring back the legislation.

What are the 15 Brexit wrecking amendments passed by peers

Here are the 15 Brexit Bill defeats inflicted by peers:

Former Tory leader Iain Duncan Smith said Brussels was exploiting uncertainty about the legislation to stonewall on trade talks in the belief Parliament could vote to keep the UK in the customs union or single market.

Mr Duncan Smith said: ‘We need this legislation in place before the next EU summit at the end of this month. The European Commission has been emboldened by the Lords amendments – we need to throw them out. We also need to show the Lords that we, the elected chamber, are in charge here and send back these amendments with a flea in their ear.

‘For my colleagues toying with the idea of messing around with this Bill, I would say, we have already passed it in the Commons and we cannot vote for these changes from the Lords, which are wrecking amendments.’ The EU Withdrawal Bill is designed to transfer EU regulations into UK law and is seen as vital to ensuring a smooth Brexit. But anti-Brexit peers pushed through a string of amendments designed to tie the Government’s hands in negotiations.

Ministers are most concerned about a measure that would allow Parliament to send the PM back to Brussels if they do not like the deal she negotiates. A Whitehall source said the measure would make negotiations ‘impossible’, as Brussels would be able to play off Parliament against the Government. The source said the Government ‘cannot afford to lose’ a vote on the amendment next week.

Peers also voted for measures designed to keep Britain in the customs union and single market and to remove the date for Britain’s exit from the EU. Downing Street declined to comment on which amendments it would seek to send back.

But the PM’s spokesman said: ‘There were amendments passed by the House of Lords which were unacceptable and which we will be looking to overturn.’ 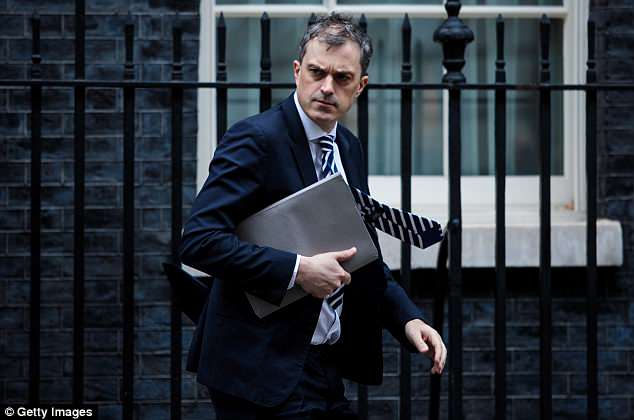 Mrs May has been holding private talks with pro-Remain Tories in recent days in a bid to persuade them not to side with Labour.

But ministers remain nervous that they could lose one or more votes next week. Eleven Tory MPs sided with Labour in December to defeat the Government over the legislation and give Parliament a veto over the final deal.

Government sources dismissed criticism of the timetabling, pointing out that the legislation has already been subject to 64 hours of debate in the Commons.