Rennes are underdogs who could take Europe by storm – but how could the Ligue 1 side stun Chelsea?

Any team who beats a star-studded PSG side to win a trophy, no matter what the competition, must be doing something right – Stade Rennais are undoubtedly the next up-and-coming side in French football.

The team managed by Julien Stephan beat the Ligue 1 champions in April 2019, tightly on penalties after a 2-2 draw at the Stade de France to secure their first trophy in 48 years, and have only been on the up since.

But how much do we actually know about Chelsea’s next opponents in the Champions League – and could they spring a surprise against Frank Lampard’s side at Stamford Bridge tonight?

Rennes have been the surprise package in France – but can they do it on a European stage? 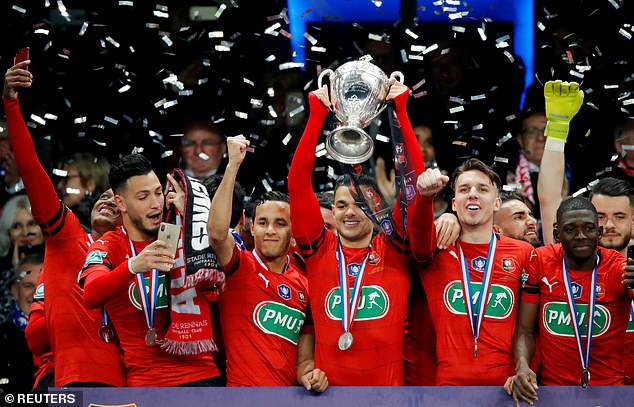 Julien Stephan took charge of Rennes in December 2018, after the French club dismissed Sabri Lamouchi – who has since took charge and been sacked by Nottingham Forest.

But in just under two years in north-west France, Stephan has turned Rennes’ fortunes around.

He immediately won his first six matches in charge, before guiding his side to that all-important first trophy in nearly half-a-century – the hoodoo was finally broken.

Last season, Rennes could not progress beyond the group-stage of the Europa League and were unable to defend their French Cup crown, losing in the semi-finals to Saint-Etienne just before the coronavirus crisis hit.

But more crucially, as a result of the Ligue 1’s season cancellation due to the COVID-19 pandemic, Rennes were eventually awarded third place in the table as a result of a points per game calculation – and thus their ascent to Europe’s flagship competition was complete. 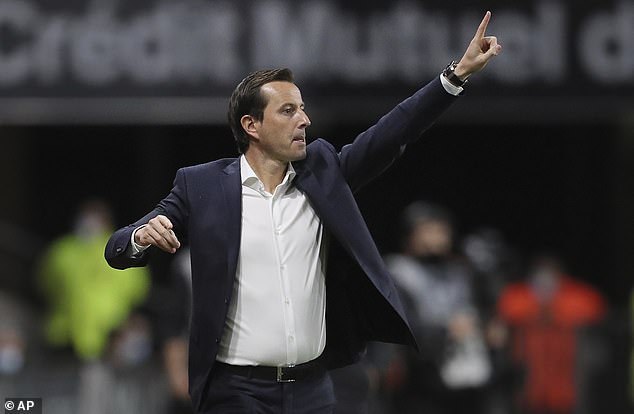 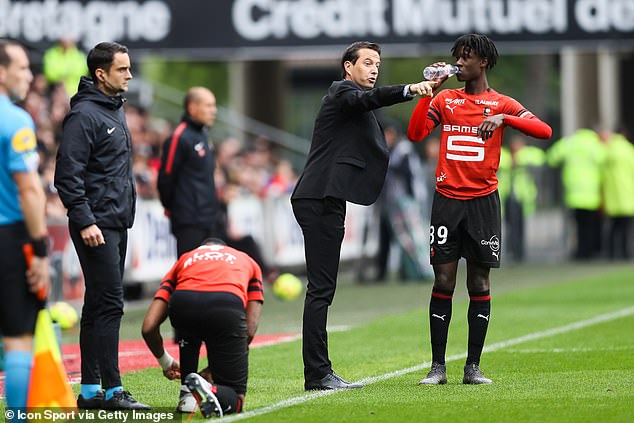 Stephan must take huge credit for this. Whilst on one hand he has entrusted numerous young players – including Eduardo Camavinga after he was handed his debut by Stephan at the age of 16 – he has also bought shrewdly in the transfer market, bouncing back after losing key players.

With the support of sporting director Florian Maurice who was brought in in April, they have signed promising youngsters like Faitout Maouassa and Nayef Aguerd as well as experienced stalwarts such as Steven N’Zonzi and Daniele Rugani.

However, so far in the Champions League, with just one point from two games including a disappointing draw at home to fellow newcomers Krasnador, they have underperformed.

At just 17 years of age, it seems remarkable to tout Camavinga as this side’s star player – but that is exactly what he is.

Having been with the youth system since the age of 11, the defensive midfielder became the youngest first-team player in the club’s history when he made his debut in April 2019, at 16 years and four months. 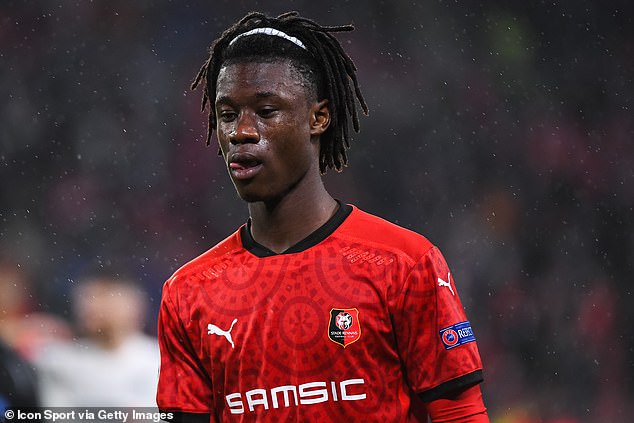 An outstanding first full season followed, as did a national team call-up for France and a first goal last month against Ukraine – a sublime overhead kick no less – which did his burgeoning reputation no harm.

However, spectators intrigued to see one of Europe’s biggest rising stars in action will have to wait a little longer – though he travelled with the side to London on Tuesday, Camavinga has been ruled out of Wednesday’s clash.

Who else could step up for Rennes tonight then? Ex-Roma, Stoke and Blackburn midfielder N’Zonzi is back in contention after serving a one-match ban in the 1-0 loss to his former side Sevilla, while ex-Juventus defender Rugani has proven an excellent summer addition so far at the back. 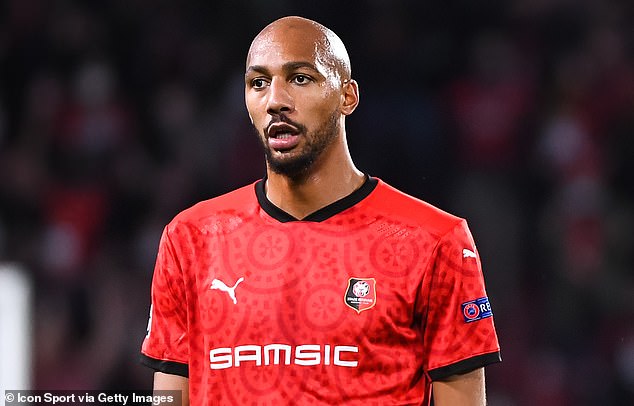 But Steven N’Zonzi, formerly of Stoke and Blackburn, is likely to start in central midfield

Going forward, their main threats include top-scorer Serhou Guirassy – who was also brought in during the summer window from Amiens on a five-year deal – and 18-year-old Jeremy Doku, who signed last month from Anderlecht for £23m.

Club captain Damien Da Silva is also a linchpin in central defence, while France international Clement Grenier is the team’s chief playmaker in midfield – both will need to be on the top of their game if they want to surprise Chelsea in west London tonight.

Though Rennes benefited from the mathematical conclusion to the French domestic season this year, Stephan’s side have shown no signs of faltering in Ligue 1.

They are currently third – three points behind leaders PSG – after nine games, having lost just once against Angers.

Rennes won four of their first five matches in Ligue 1 but have not been so successful in the Champions League thus far.

Despite taking the lead at home to Russian side Krasnador, they could not hold on as they were held to a 1-1 draw.  A week ago too, they were on the wrong side of a 1-0 defeat after Luuk de Jong’s 55th-minute winner, in a match were they only registered a total of two shots. 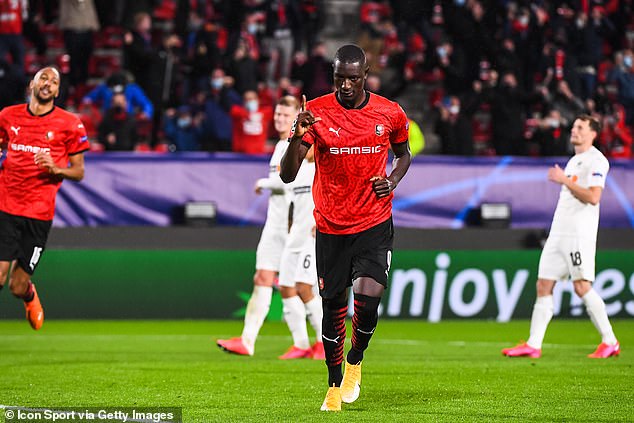 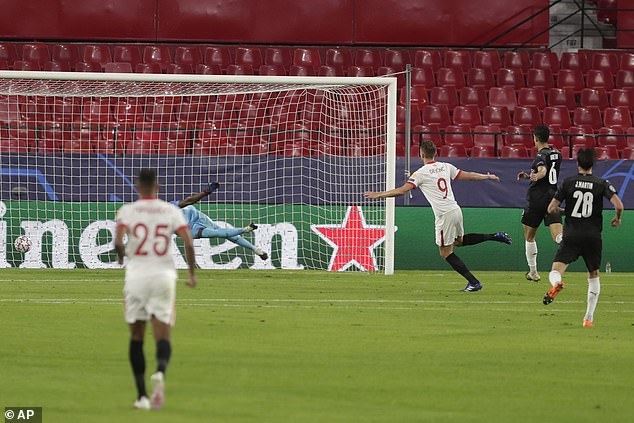 As a result, going into the double-header with the Blues, it is likely Stephan could throw caution to the wind, as they battle to keep their knockout hopes alive.

At the very least, Rennes will be desperate to keep their European adventure alive by at least securing a third-place finish, which would result in qualification for the latter stages of the Europa League.

AND A RAPID REUNION FOR CHELSEA’S NO 1…

Having only made the move across the English Channel in September, for a fee of £22m, Chelsea goalkeeper Edouard Mendy is set to play against his former employers tonight. 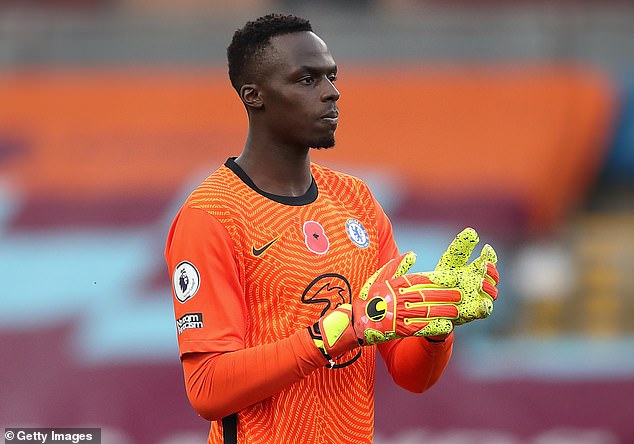 Brought in to usurp under-fire Kepa Arrizabalaga, the 28-year-old has kept five consecutive clean sheets in all competitions and will be looking to continue that streak against the side which first gave him prominence on the European stage.

It marks a quick turnaround for Mendy, and a visit to Roazhon Park after the international break on November 24 will no doubt be a huge occasion for the Senegalese international.

Rennes brought in another Senegal keeper, Alfred Gomis, to replace him – one of a number of intriguing subplots ahead of the Group E double-header.