A renovated ‘ramshackle’ home in Queensland has been crowned Australian House of the Year.

The split-level in Miami, a beachside suburb of the Gold Coast, took the coveted title at the 2020 Houses Awards, where 10 of the country’s finest properties were recognised across nine residential design categories.

Built in the 1970s and redesigned in 2019 by Queensland architect Matthew Eagle, judges called Cantala Avenue House a modern ‘reinterpretation of the traditional beach shack’ that reflects the affordable simplicity of the typical Aussie home.

Amid the pandemic and Australia’s first recession in 29 years, the jury gave equal weight to aesthetics and affordability in their adjudication – making the humble yet stylish home at the end of a cul-de-sac an obvious winner.

Cantala Avenue House in the beach side suburb of Miami, Gold Coast, crowned Australian House of the Year 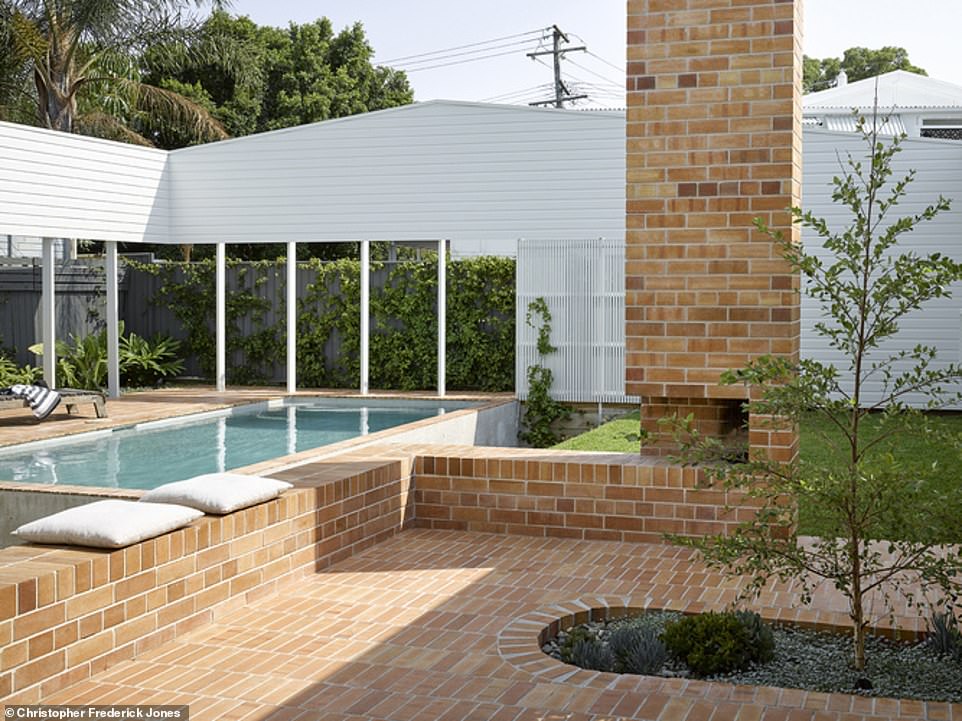 ‘The jury considered how these crises might affect the architecture we create,’ she said.

‘It was important to look beyond aesthetics to carefully consider affordability and sustainability.’

Judges said the architect had ‘skillfully navigated’ the balance between public and private space by positioning the swimming pool and garden seating area along the street edge, encouraging interaction with the surrounding community. 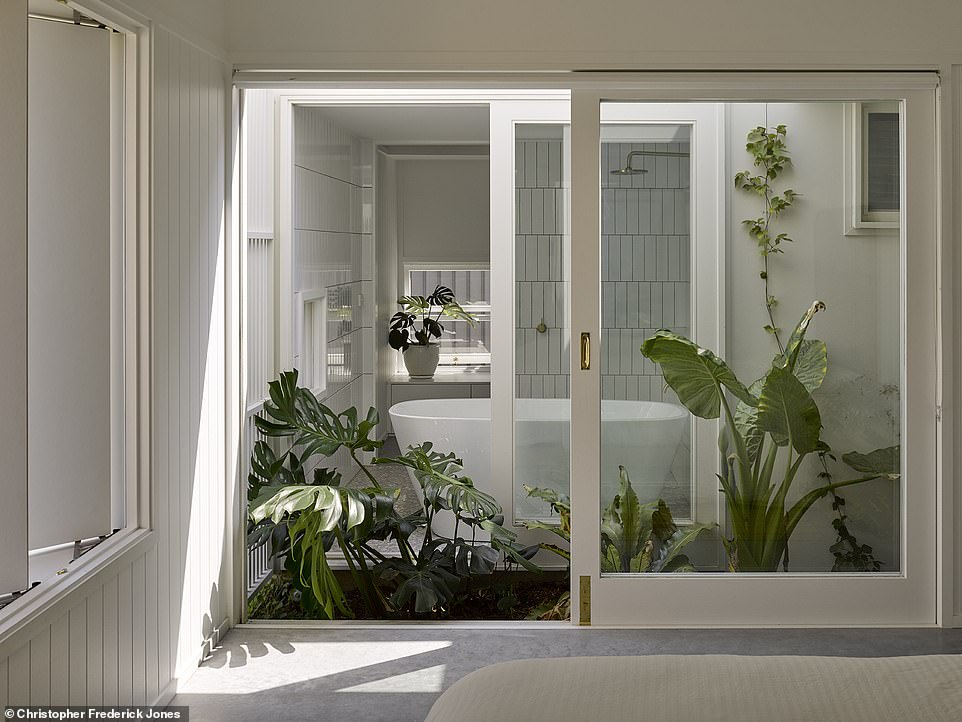 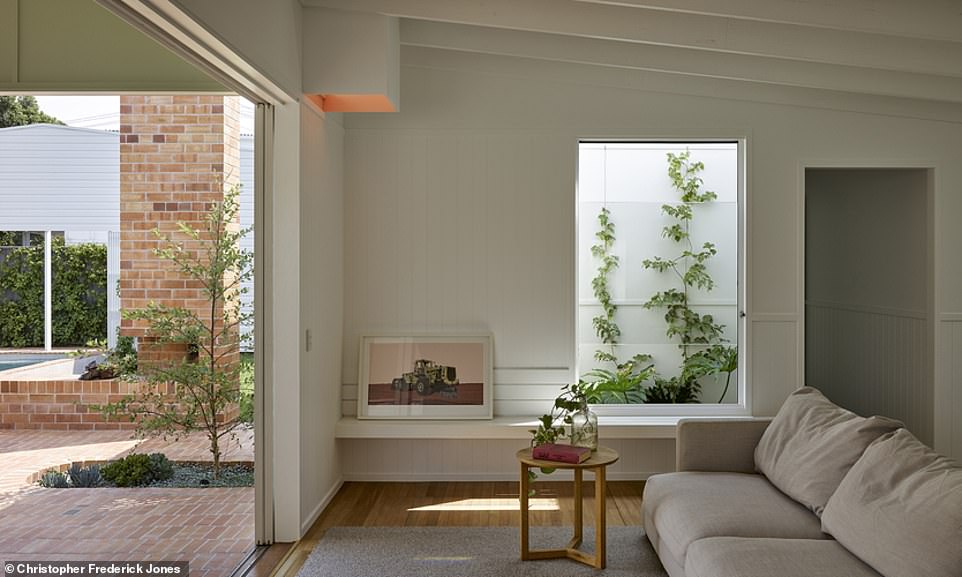 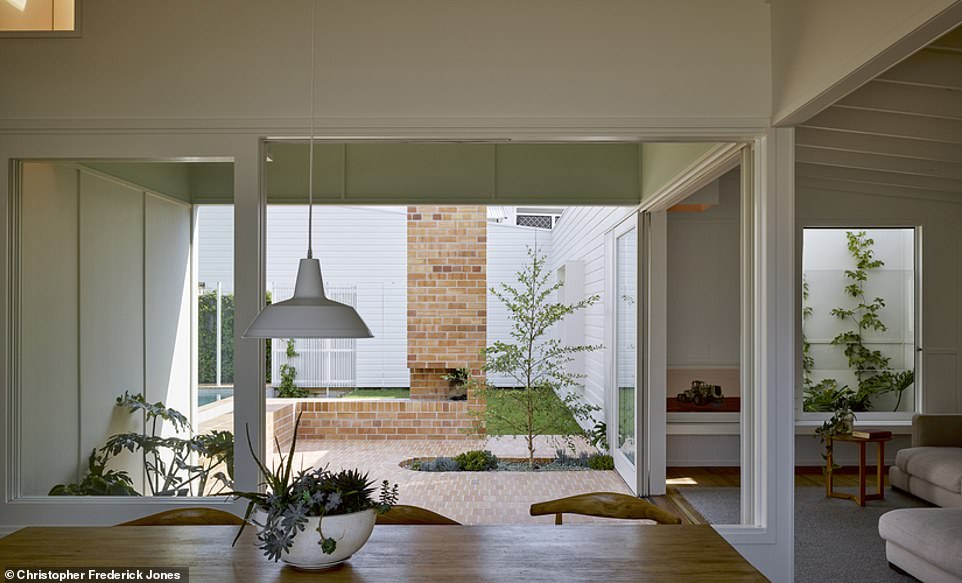 The house is fronted by a brick entryway which offers additional seating under the shade of a poinciana tree, creating a space for residents to chat with neighbours.

Judges also praised the design for respectfully mirroring that of the neighbourhood while still retaining a sense of individual flair.

This uniqueness has been achieved by planting courtyards throughout the house to maximise natural light and reduce the intensity of the heat from the subtropical sun.

Garden plots run both indoors and outdoors, reflecting the warm climate of the Sunshine State. 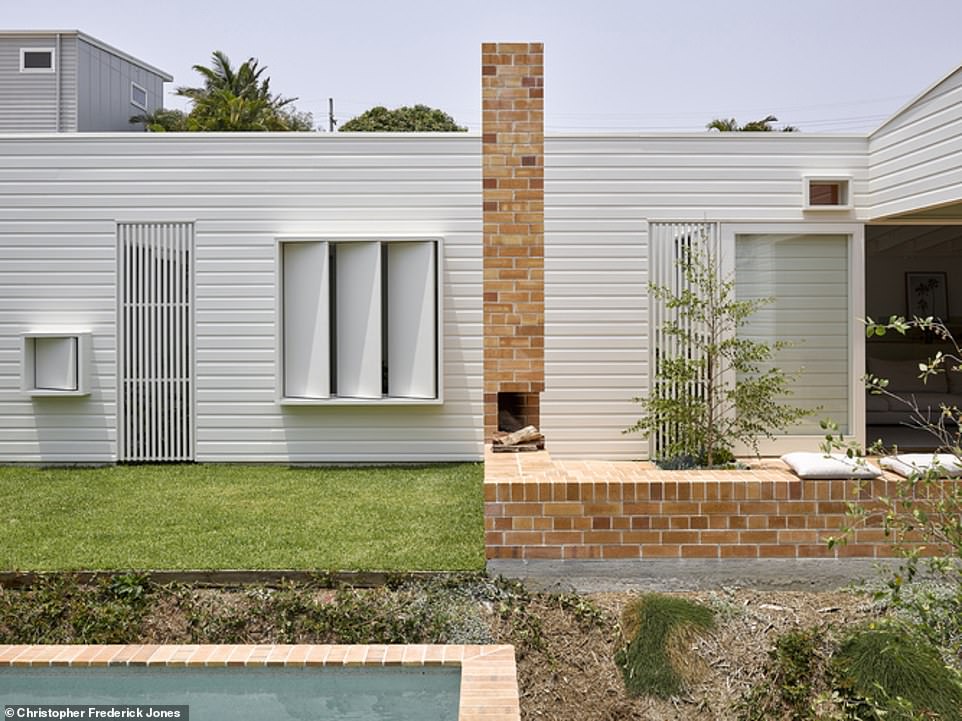 The simplistic, accessible design was hailed as reflective of a typical no-fuss Aussie home 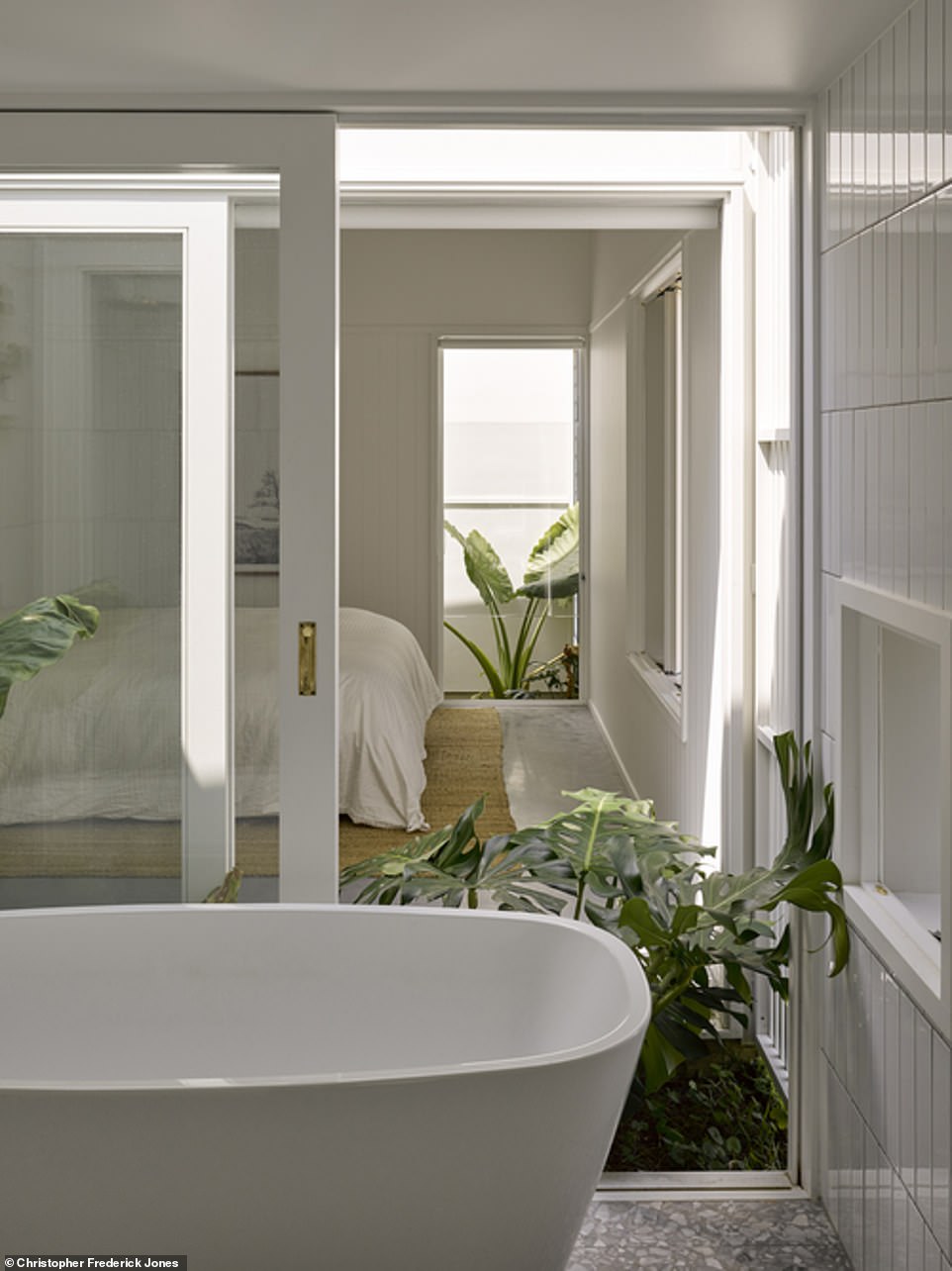 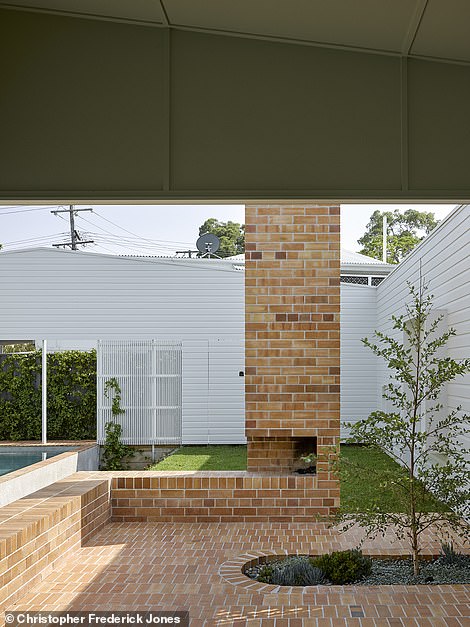 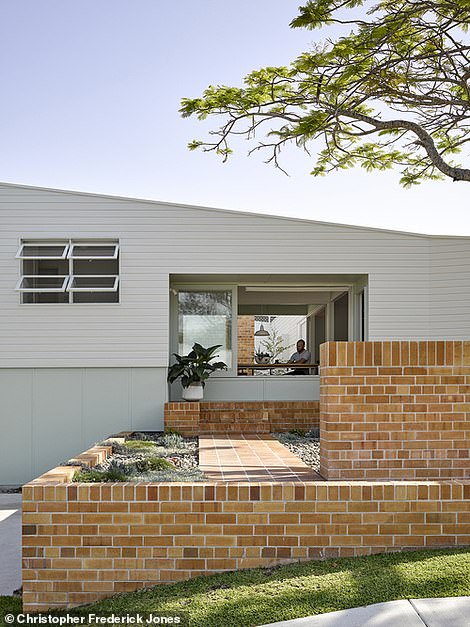 The jury’s winning statement described the home as a celebration of ‘a simple life and the capacity of modest architecture to impact significantly on the way we live’.

Judges were so impressed with Cantala Avenue that it also took the gong for ‘Best House Alteration and Addition over 200 square metre’.

Now in its 10th year, the awards shine a spotlight on emerging talent and recognise the country’s top designers.