Metropolitan Opera and Houston Grand Opera star David Daniels could be charged within a week after allegedly attempting to solicit a man on Grindr.

The alleged victim says the 52-year-old – who was previously accused in a separate case of raping and drugging a man – asked for a sex act after they had connected via the gay dating app.

While the full nature of the accuser’s claims have not been elaborated, it was enough to make the Pittsfield Police Department in Massachusetts take the matter into their own hands on August 3.

A detective says the Washtenaw County Prosecuting Attorney’s Office in Michigan could make the decision on whether to charge him within a week. 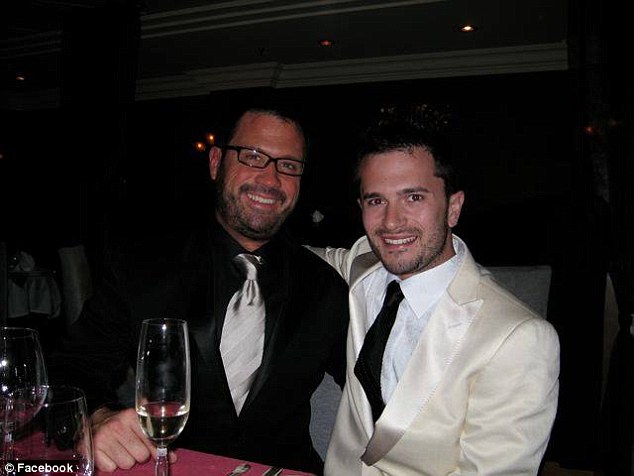 The alleged victim says the 52-year-old countertenor and his conductor spouse, 36, asked for a sex act, the nature of which has not been revealed 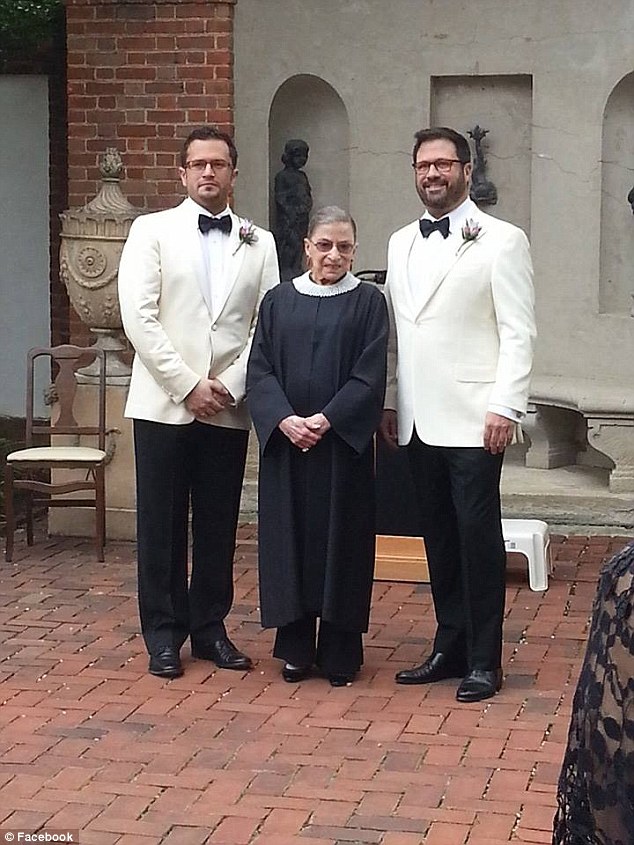 They were married by Bill Clinton-appointed Associate Supreme Court Judge of the United States Justice Ruth Ginsberg (center on June 21, 2014)

‘We have submitted a report of an alleged incident that occurred in February 2017 involving an attempted solicitation of a sex act via social media app Grindr and use of a computer for a criminal act,’ Police chief Matt Harshberger told the New York Daily News.

The case was referred to them by the University of Michigan Police Department, the same university music professor Daniels has now taken leave from after at least the second claims against him of this nature.

A spokeswoman at the Ann Abor school, Kim Broekhuizen, confirmed the countertenor was to remain absent for fall after the latest claim coming from the Pittsfield Charter Township five miles south.

However, law enforcement says Daniels has failed to get in contact with them about the Grindr claims, after a string of attempts to reach via telephone.

They mentioned there had been talks between the department and the alleged victim on August 21 though; the man told detectives the incident played out February 2017. 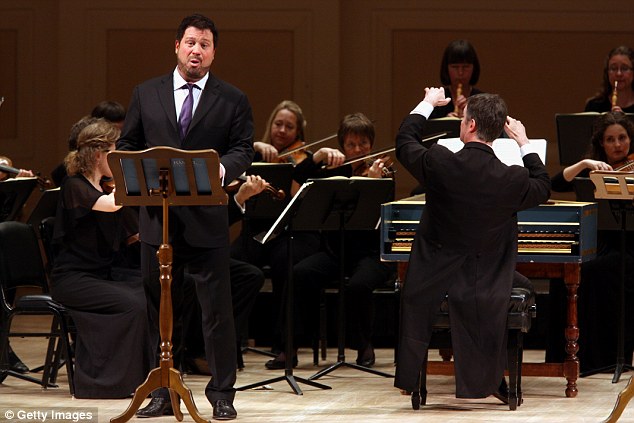 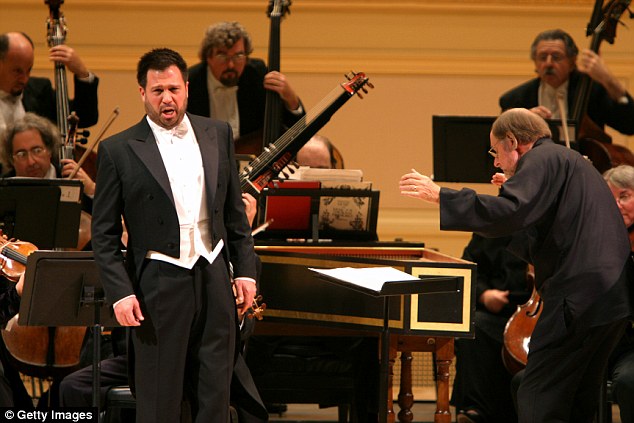 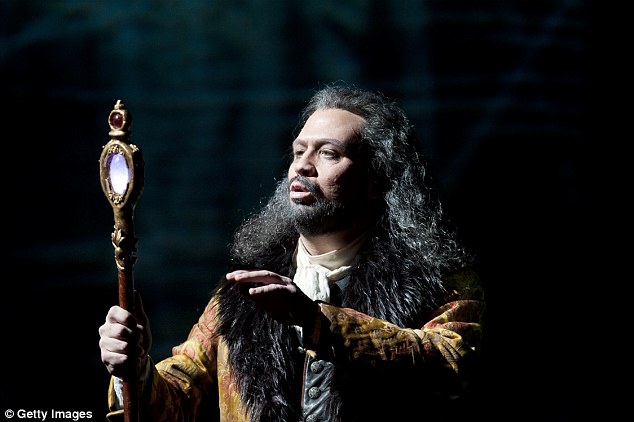 A representative for Daniels declined to comment to the publication when reached by phone Tuesday and the new claims come soon after July’s statements from singer and Rice University graduate Samuel Schultz, alleging he was drugged and raped by the opera star and his husband in Texas.

The allegations say the sexual assault took place in Houston in 2010 with Schultz, 32, only going public with his identity last week and local law enforcement confirming they were investing the matter.

No arrested have been made and no one has been charged.

At the time Daniels and conductor Scott Walters, 36, – who were married in 2014 by Bill Clinton-appointed Associate Supreme Court Judge of the United States Justice Ruth Ginsburg – had not wed.

The alleged crime took place at a Midtown apartment following a Xerxes performance at the Houston Grand Opera and the company’s managing director, Perryn Leech, has said they’re cooperating with the investigation.

At the time Schultz, who has performed for the Opera and many other prestigious companies, was 23 and he says he woke up the following day disoriented and bleeding from the rectum, reports New York Daily News.

The fitness enthusiast told the publication he only drank a few sips of a beverage before passing out in the location after being told to keep the invite home confidential to avoid jealousy from others. 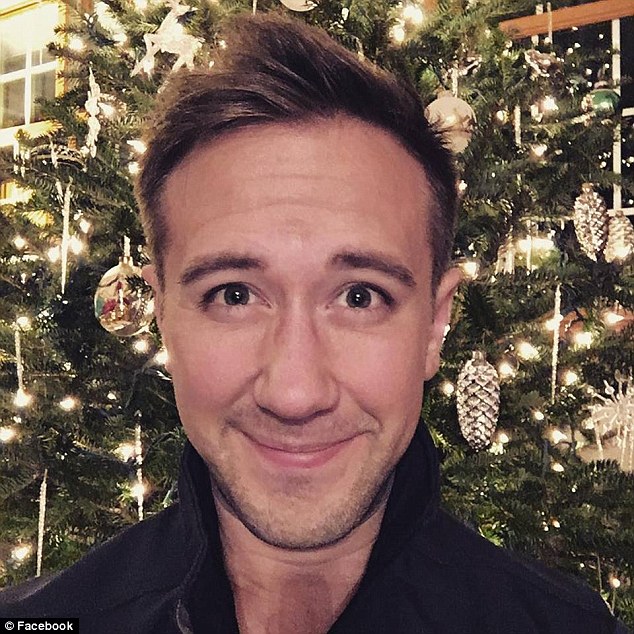 ‘I was sore and I didn’t know why. I made my way to the bathroom to figure out why I hurt,’ he says in a police complaint about the moment he was confused to wake up naked. ‘I became numb. I was paralyzed with fear. What had happened? How could I escape? How would I get out? Where were my clothes? 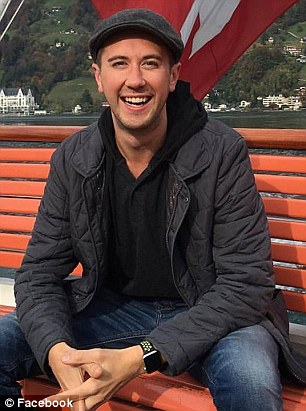 The alleged incident took place May 14 and Schultz only managed to get checked at a clinic June 1, abiding by a three-week waiting time because he wasn’t keen to admit his reason for being there.

He also says he was inspired by the #MeToo movement to come out with his story.

In between then and now, Schultz had been to see a therapist, and penned an online essay about what he went through but kept Daniels and Walters anonymous.

Daniels and Walters both denied the allegations from Schultz but have not yet comments on the Grindr claims.

‘Other than I deny these allegations, I have nothing to say. They’re completely false,’ Daniel told New York Daily News with Walters adding a similar line: ‘I have no comment other than to deny the allegations. They are false.’