On average, rents have soared 10.3 per cent in Australia since the start of 2022 with a low supply of housing and the reopening of borders contributing to the squeeze.

But it’s not a level playing field for all applicants – with landlords and agents in some regions now often deciding who gets a property based on ‘rent-bidding’ where hopefuls offer extra cash or pay rent months ahead to secure a home.

‘There is a generally accepted principle of fair market value being the price that willing but not anxious participants in a deal would make,’ Tenants Union of NSW CEO Leo Patterson Ross told 7News.

He said the principle was increasingly being challenged as renters ‘faced with homelessness’ were becoming worried about their ability not only to afford, but even be able to find a home where they want to rent.

Tenants have resorted to making calls to agents to offer extra incentives to get their application to the top of the pile including paying extra rent or paying months in advance.

‘It does come up in periods of tighter vacancy rates but it’s getting more intense. They might be offering more for the week or more in advance.’

Australia’s rental market is more competitive than ever with hopeful tenants spotted queueing by the hundreds across the nation’s capital cities.

The national rental vacancy rate is at a record low 0.9 per cent, according to Domain research data.

A recent photo taken in Bondi, in Sydney’s east, showed applicants queuing outside a home to inspect it. 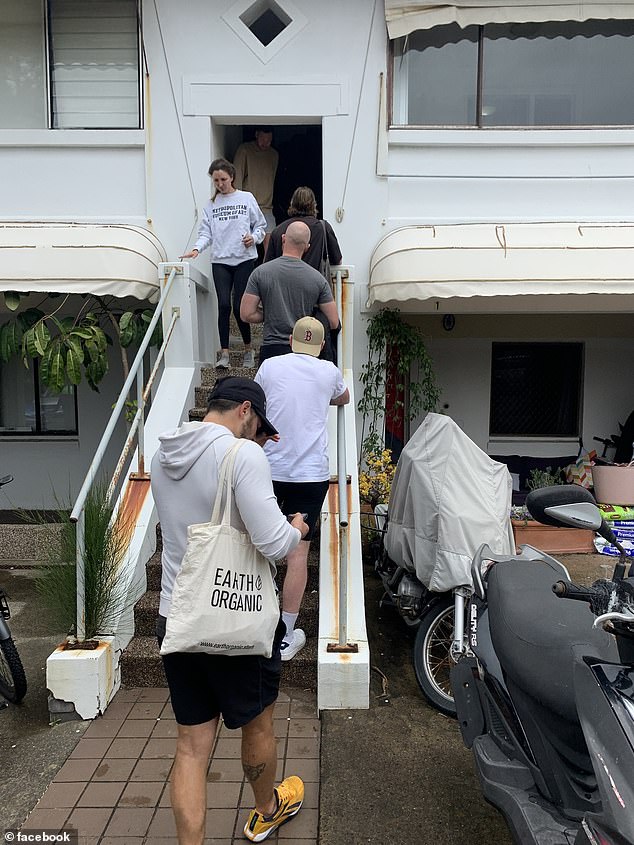 This photo of a crowded open inspection in Bondi (pictured) sums up Sydney’s dire rental crisis, where desperate  tenants are competing for properties 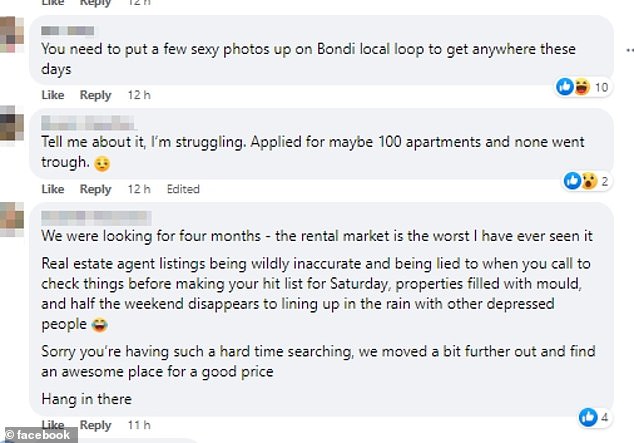 Sydneysiders have shared some of their experiences in the increasingly tough rental market (pictured: comments in a community Facebook group)

While Victoria, Queensland and Tasmania ban landlords and real estate agents from accepting bids outside of the advertised rental rate, other states and territories are more relaxed.

NSW Fair Trading advises that as long as property advertisers don’t make any misleading statements, like falsely claiming another applicant has offered a higher price, then they can accept a better bid.

With the on-the-side deals being made, rent prices have likely surged more than officials figure in some competitive markets like Sydney and Perth.

According to research firm PropTrack at the start of 2020 there were 41.8 per cent of advertised rentals on realestate.com.au under $400-a-week across Australia.

But by September this year that figure had dropped to just 19.3 per cent.

In Sydney, weekly rental prices rose by an average of 10 per cent year-on-year in the September quarter, with the median house rent climbing to $640 and the median unit rent rising to $520 per week. 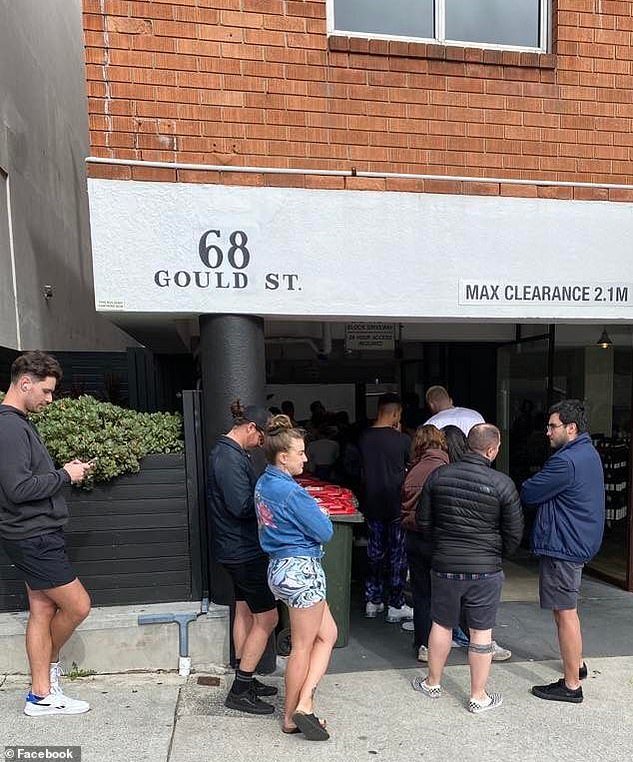 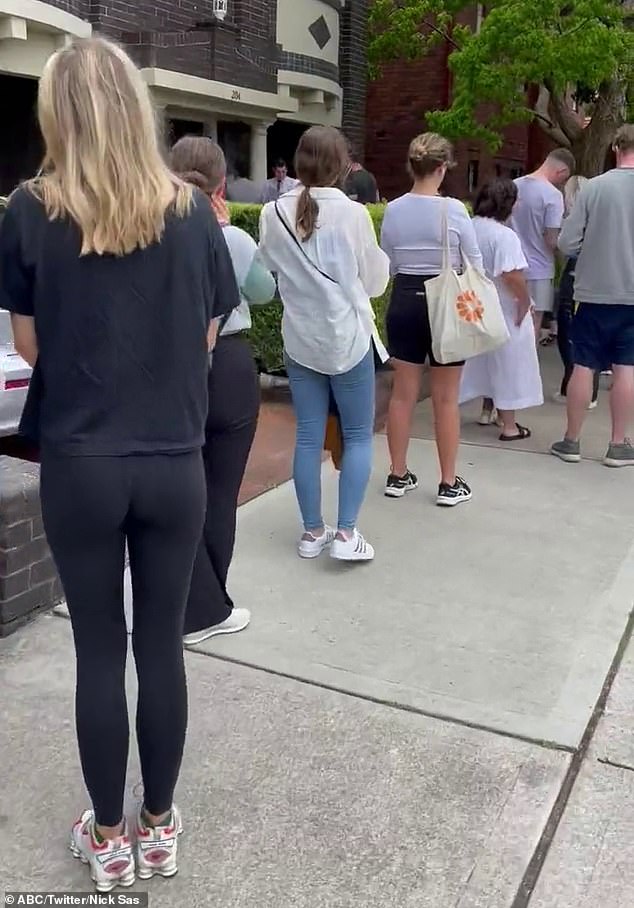 Cameron Kusher, PropTrack director economic research said the answer to the problem was to build more housing and get more supply into the market, thus easing pressure.

There are a number of large housing projects in the pipeline across the country but until they hit the market, Mr Kusher said he expects the market will get even more competitive.

The Albanese government will spend $350million on 20,000 affordable homes, co-investing with super funds and institutional investors and working with the states and territories in an effort to get more supply into the market.

A Housing Australia Future Fund would provide a further 30,000 social and affordable homes over five years.

Both are part of the government’s larger plan to build one million ‘well-located’ homes by the end of the decade.