A tenant has been left feeling uncomfortable in her rental property after receiving a ‘creepy’ handwritten letter detailing how to improve the look of the home’s exterior.

Jana, from the Sydney suburb of Ryde, shared an image of the in-depth letter that outlined five ‘ideas’ – including replacing gutters, painting over the sandstone veranda and establishing a new ‘colour theme’.

While Jana admitted the ‘less-than-new’ rental needs to be renovated, she claims the letter included notes on how to improve areas that can only be seen after entering the premises.

‘The notes make it clear this person has entered the property without permission and studied in detail,’ she wrote on Facebook.

‘There are notes about my front door and side windows which are not visible from the street.

‘It’s that part that I find really invasive, someone has been presumptuous enough to come and study the house and then give feedback.’

At the bottom of the page was a ‘hint’ about what ‘could’ be done further and the sender’s recommendations, while on the back were bank details asking Jana for $20 as a thank you for the ‘advice’.

‘Clearly not a lot can be done, but I’m just wondering if anyone else has received unsolicited advice?’ Jana asked online.

Many online deemed the letter to be a ‘scam’ that likely won’t reoccur again, while others suggested reporting the letter to the police as a precaution. 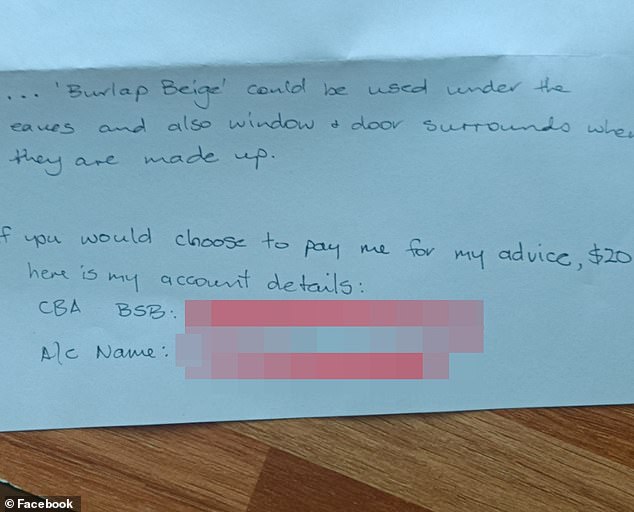 While Jana admitted the ‘less-than-new’ rental needs to be renovated, she claims the letter included notes on how to improve areas that can only be seen after entering the premises. On the back was also the bank details asking her to transfer $20 for the ‘advice’ (pictured)

‘It’s a scam, the last two years of Covid have seen scams reach desperation levels and new lows like this,’ one woman wrote.

‘This is a known hawkers-type scam. There have been cases in the area where people just march into gardens and say they can clean the gutters if they get given $100. It’s a scam against vulnerable people typically,’ another claimed.

Others said the person could have looked on the ‘street view’ on Google maps or real estate websites to source the information. 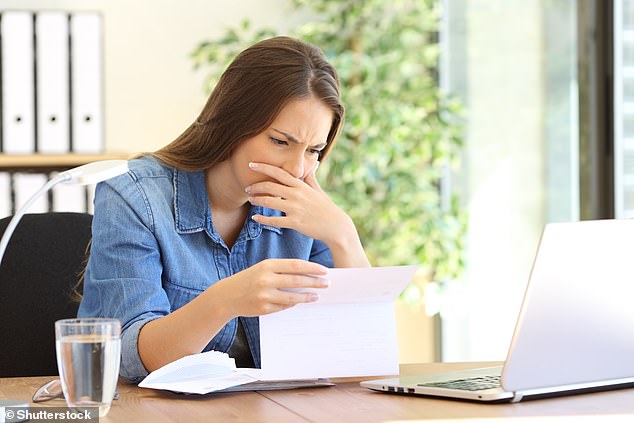 Despite the concern, some went as far as to praise the individual for their ‘hard work’ and ‘effort’ analysing the property.

‘That’s an enterprising person trying to offer you a design brief/ideas for free. In the current economic climate, I applaud them, whoever they are,’ one woman wrote.

‘While it’s not conventional I see someone who put time and effort into something that may have been worth something to an owner or DIY person and saved them a lot of money,’ another person wrote, adding: ‘I’m not sure I see the issue if it’s all frontage work they recommend.’

But Jana responded and said: ‘There are no pictures of the side of the house (including entry) online. I just wish they’d asked, I would’ve saved them a lot of trouble as they clearly were thorough’.