The Republican congressman sent a letter to Attorney General Bill Barr on Monday accusing Zuckerberg of making ‘materially false statements to Congress while under oath’ during two hearings in April 2018.

‘On both occasions, members of Congress asked Mr. Zuckerberg about allegations that Facebook censored and suppressed content supportive of President Donald Trump and other conservatives,’ Gaetz wrote.

‘In his responses, Mr. Zuckerberg repeatedly and categorically denied any bias against conservative speech, persons, policies, or politics. Mr. Zuckerberg also dismissed the suggestion that Facebook exercises any form of editorial manipulation.’

Gaetz cited a recent investigation from Project Veritas, a right-wing activist group, which found that the ‘overwhelming majority’ of content filtered by Facebook’s artificial intelligence was in support of Trump and other Republicans and conservative ideals. 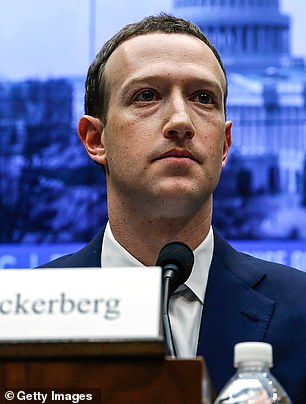 The validity of the report was called into question given Project Veritas’ history of pushing misinformation and propaganda.

The group, founded by conspiracy theorist James O’Keefe, is known for its sting operations targeting mainstream media outlets and for its deceptive video editing practices.

Gaetz argued that the Project Veritas report provided ‘ample evidence of bias and manipulation’ by Facebook.

‘According to the Veritas report and undercover footage, the adjudicators were outspoken about their political bias against Republicans, and actively chose to eliminate otherwise-allowable content from the platform and from public view simply due to its political orientation,’ he wrote. 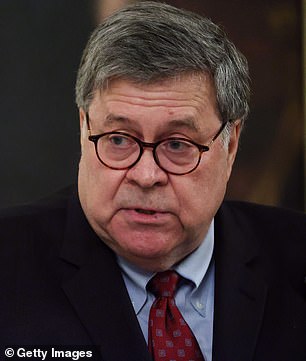 The congressman charged that Facebook’s ‘arbitrary and capricious behavior’ violates Section 230 of the Communications Decency Act, which gives online platforms liability protections as long as they moderate content in ‘good faith’.

He also noted part of the report which claimed that Facebook labeled ‘a great deal of “political speech supporting the President’ as hate speech, which ‘speech promoting violence against the President and his supporters was labeled as merely “political,” and was thus allowed to stay on the platform.’

‘These facts are in direct contrast to Mr. Zuckerberg’s testimony before Congress where he stated under oath that Facebook is a politically-neutral platform, and that he personally is working to root out any employees who are restricting speech based on Silicon Valley’s overwhelmingly leftist culture,’ Gaetz wrote.

He concluded the letter by asking the DOJ to investigate Zuckerberg for lying under oath, arguing that the CEO impeded a congressional investigation.

‘Such misrepresentations are not only unfair, they are potentially illegal and fraudulent,’ he wrote. ‘I hope you will give this referral full and proper consideration.’

Barr has not yet publicly responded to Gaetz’s letter. 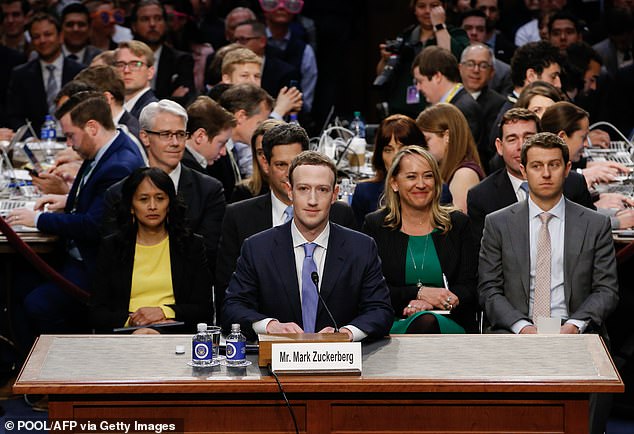 Trump issued an executive order back in May instructing the DOJ to enforce Section 230 of the Communications Decency Act, emphasizing that the ‘good faith’ provision should not apply to practices that are ‘deceptive’ or are used to suppress certain viewpoints.

Meanwhile critics have also taken aim at Facebook from the other side, accusing the platform of allowing politicians to publish ads that contain misleading, accurate or harmful information.

Gaetz’s letter came less than 48 before Zuckerberg is set to testify at a Big Tech antitrust hearing in front of the House Subcommittee for Antitrust, Commercial, and Administrative Law – of which Gaetz is a member.

Zuckerberg postponed the release of Facebook quarterly earnings until after the virtual hearing, where he plans to argue that regulating US tech companies will only help China, according to Bloomberg.

Read Gaetz’s letter in full below: 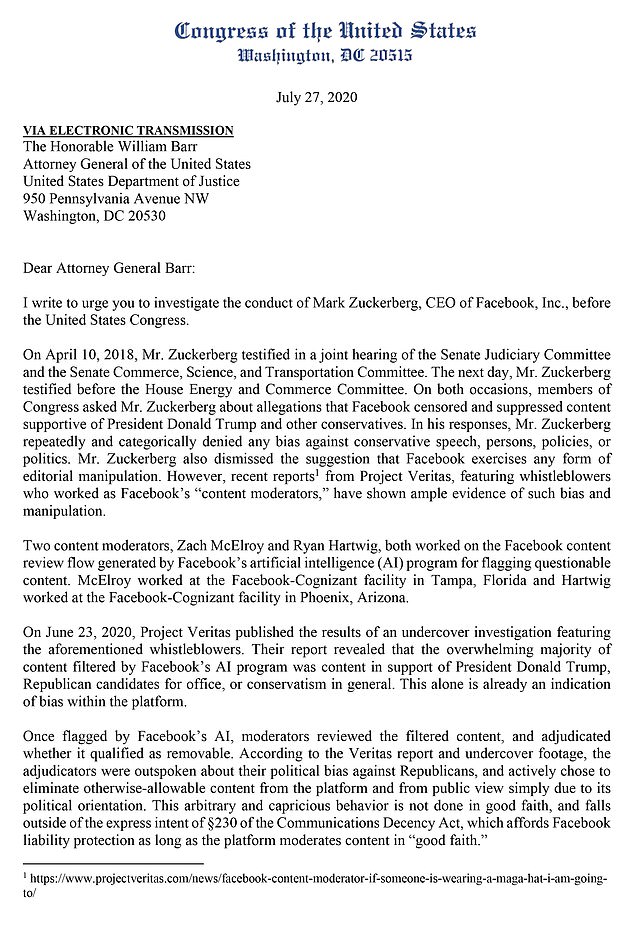 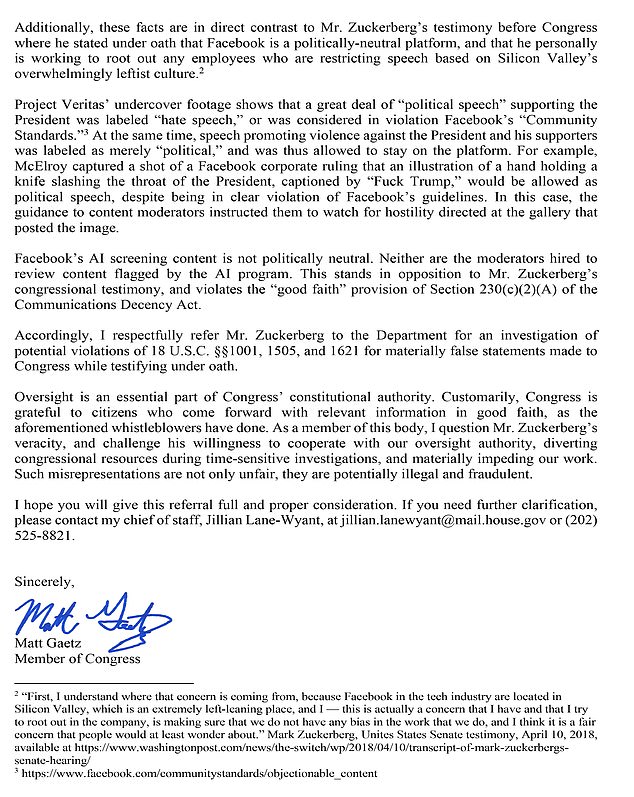