Acid attack witnesses are being told to ‘report, remove, rinse’ in new guidance as assaults soar across the country.

Health officials said victims can be left blind or severely disfigured and the minutes after an attack are critical.

They are urging witnesses and victims to report the attack by calling 999, carefully remove contaminated clothing and immediately rinse skin in running water.

The advice was given emergency responders including police and ambulance staff amid increasing concern at attacks with corrosive substances.

It comes after hoaxers caused several panics at the Notting Hill Carnival by spraying liquids in the air and shouting ‘acid’.

Three police officers were also injured when a suspected mild corrosive was thrown at them at the west London street party.

Officers even searched revellers for acid in drinks bottle and brought large bottles of water and protective gloves in preparation for attacks.

Health officials are deeply concerned at a rise in the number of people in England requiring specialist help after being sprayed with acid.

The number of people requiring help from specialist burns units – where the most severe cases are treated – is expected to rise further this year.

Police said more than 400 acid or corrosive substance attacks were carried out in the six months up to April this year.

Professor Chris Moran, of NHS England, said: ‘While this type of criminal assault remains rare, the NHS is caring for an increasing number of people who have fallen victim to these cowardly attacks.

‘One moment of thoughtless violence can result in serious physical pain and mental trauma, which can involve months if not years of costly and specialist NHS treatment.

‘We are issuing guidance today that sets out clearly and simply how people can help themselves and others in response to attacks. 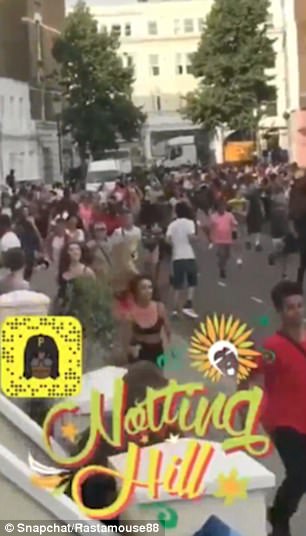 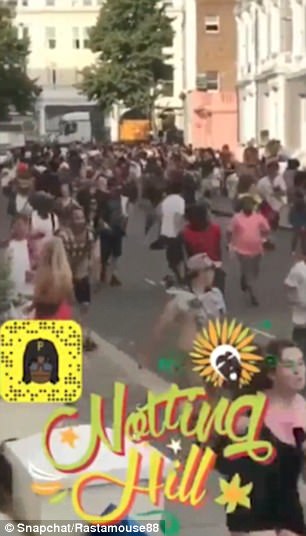 ‘Our guidance will outline what first steps to take in the event of an attack in those crucial minutes before professional clinical help arrives on the scene.’

He said: ‘Surgeons specialising in burns and trauma have seen first-hand the devastating impact on patients admitted to A&E after vicious corrosive substance attacks. 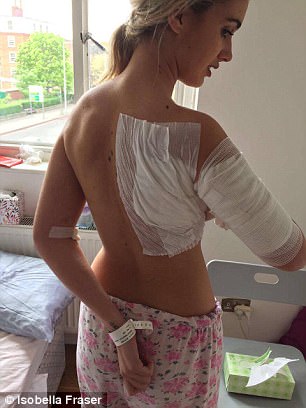 Australian model Isobela Fraser, 22, who was attacked in a London nightclub

‘They cause severe pain, scarring which can be life-long, and can damage the sight, sometimes leading to blindness.

There has been a horrific spate in which violent criminals use highly corrosive chemicals to threaten and maim victims.

Experts link the rise to a crackdown on the use of knives and guns, saying street gangs are increasingly using corrosive substances instead.

Campaigners want the Government to make it more difficult to buy the substances and for those caught using them as a weapon to face harsher punishment.

Among the victims have been pregnant women, motorists stopped at traffic lights, moped delivery riders and commuters.