A reporter with a Chinese news outlet has been accused of attending a White House coronavirus press briefing to push propaganda about the communist regime sending aid to the US.

Republicans politicians are claiming a reporter with Hong Kong-based Phoenix TV infiltrated President Trump’s briefing on Monday in order to promote Beijing’s spin on the virus.

Footage from the coronavirus task force press conference showed the woman ask Trump if he was ‘co-operating with China’ after she listed medical supplies the country had sent to the US.

The reporter replied that she works for Phoenix TV, a Chinese media company based in Hong Kong sympathetic to Beijing and with strong ties to the ruling Communist Party.

She began by asking: ‘Only last week, there were multiple flights coming from China full of medical supplies.

‘Companies like Huawei and Alibaba have been donating to the United States, like 1.5 million N95 masks and also a lot of medical gloves, and much more medical supplies.’

Trump interjected, adding: ‘Sounds like a statement more than a question.’

The reporter then asked if Trump was willing to work ‘directly’ with China and the president said China should honor its trade deals with the US.

He then started listing the billions of dollars in trade deficit that operated between the two countries.

‘Are you cooperating with China?’ the female reporter added. 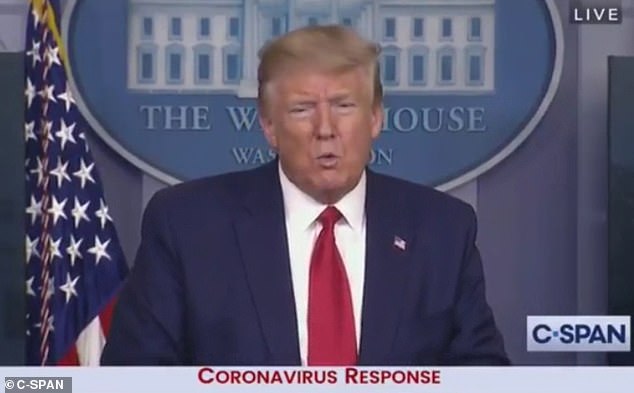 President Trump responded during the White House briefing on Monday by asking the reporter: ‘Who are you working for, China?’

When asked if she was working for China, the reporter smiled and said: ‘Um no, I’m working for…Hong Kong Phoenix TV.’

When Trump followed up by asking about the ownership of the media outlet, she said ‘it’s a private-owned company’.

Trump was criticized for assuming an Asian reporter was working for the Chinese state.

While Phoenix TV is technically ‘privately-owned’ their biggest investor is a state-owned mobile company, China Mobile.

It has since emerged that Phoenix Media is largely owned by the Chinese Communist Party (CCP) and run by a former party propaganda officer, Liu Changle.

Changle, who is a former People’s Liberation Army (PLA) propaganda official who is close to senior Chinese government leaders, has 37.1 per cent of shares in Phoenix Satellite Holdings and is the company chairman and CEO. 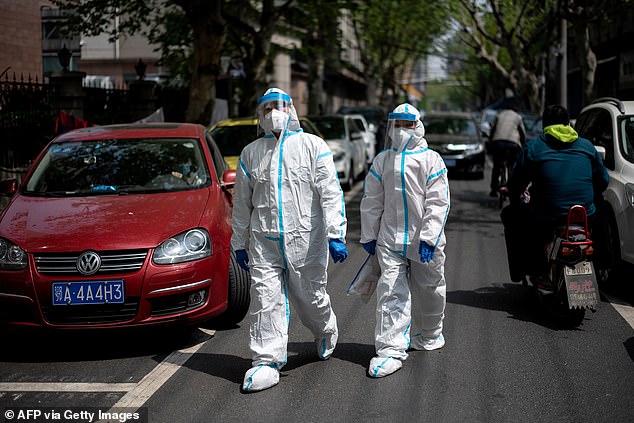 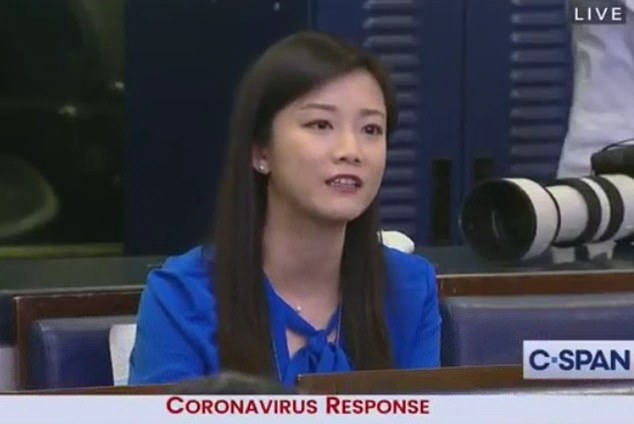 The document also states the network follows directives to not report positively on the US, according to a 2017 report by pro-democracy think tank Freedom House.

‘Moreover, over the past two years, it has been used as an outlet for airing televised confessions by various detained CCP critics, most notably all five Hong Kong booksellers abducted by Chinese security forces in late 2015.’

In 2018 Spanish-language radio station, XEWW AM 690, in Mexico began broadcasting in Chinese after a deal with Phoenix TV to broadcast to Chinese Americans throughout Southern California.

Republicans, including Ted Cruz, criticized the White House Correspondents’ Association (WHCA), an independent affiliation that controls which reporters have access to briefings, for allowing the Phoenix TV reporter a space

The Texas senator wrote on Twitter: ‘Phoenix TV has been waging information warfare in the US for yrs. They are nominally private but actually state owned. In 2018 I led effort to block them from using cutouts to spread propaganda. MSM should NEVER have given them seat at WH [White House] press conference.’ 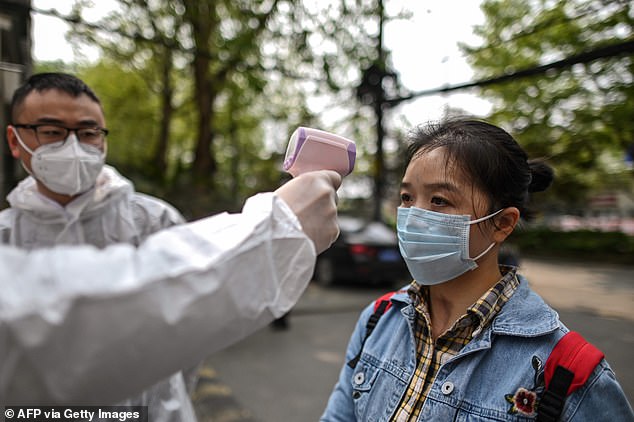 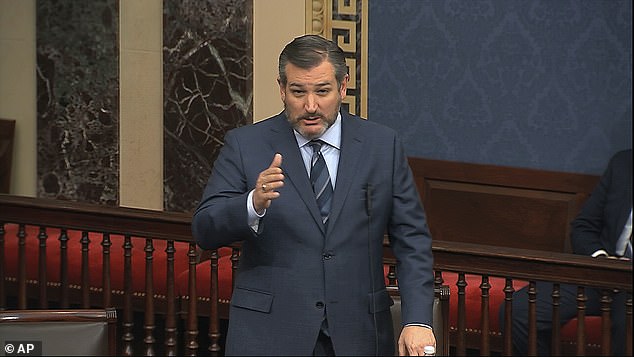 In a separate tweet he added: ‘Phoenix Satellite TV US is a subsidiary of Beijing Phoenix TV, based in Hong Kong. The People’s Republic of China (PRC) exerts control over Chinese media and the control extends to Phoenix: in 2009 testimony to the US Economic & Security Review Commission on China, Anne Marie-Brady…at Wilson Center said ‘Phoenix is nominally privately-owned; however its current main investor is the State-owned enterprise China Mobile. In 2016…Phoenix BROADCAST THE FORCED CONFESSIONS of 5 Hong Kong booksellers for violating PRC censorship law.’

Access to the White House briefing room has been severely restricted to enforce social distancing.

The White House Correspondents Association has split outlets into rotations to avoid more than 14 people sitting in the room.

Foreign television outlets are on a rotation among each other, while domestic print and online outlets, including DailyMail.com are on another rotation.

China has been criticized for trying to downplay the seriousness of the coronavirus when it first emerged and for suppressing those within the country raising the alarm.

Beijing has also been accused of under reporting its true death toll from the virus.

So far China has officially recorded more than 81,000 cases with over 3,300 deaths, but activists in Wuhan, where the outbreak began, claims thousands of cremations have been taking place each day.

Long queues at the funeral homes have fueled skepticism about China’s numbers, prompting claims that 42,000 people or more could have died in Wuhan alone.

One whistleblowing doctor, who first alerted the rest of the world to the escalating crisis within Hubei province, was sanctioned by medical authorities and police and later died of the disease.