A Republican engineer has claimed that he was fired by Google because of his conservatives views.

Kevin Cernekee, who was fired from the company in 2018, said he was the victim of ‘bullying’ by other employees of the tech giant once they realized he was a Trump supporter.

Cernekee told The Wall Street Journal that he and other right-leaning employees were also the subject of the alleged mistreatment.

‘There’s a big political angle, and they treat the two sides very differently,’ he told the newspaper.

‘Historically, there’s been a lot of bullying at Google,’ he added.

Cernekee claimed it all started in 2015 after a few posts on the company’s internal message boards angered some of his colleagues.

Republican engineer, Kevin Cernekee (pictured), 41, said he was the victim of ‘bullying’ by other employees of the tech giant once they realized he was a Trump supporter. He was fired in 2018

At that point, he was given an official warning from human resources about conduct that was deemed disrespectful and insubordinate, according to the Journal.

Around the same time, a senior manager wrote on the boards that he added Cernekee to a ‘written blacklist’ of employees he refused to work with.

Cernekee said he spent the next three years going back-and-forth about his views.

At one point, Cernekee said he stood up for his colleague, who said Google shouldn’t hire employees based on race or gender.

‘A bunch of people jumped on him and started cussing him out and calling him names,’ Cernekee told the Journal.

‘And then his manager showed up in the thread and denounced him in public. I was very disturbed by that,’ he added.

In 2017, James Damore who defended the gender gap in Silicon Valley tech jobs as a matter of biology, was fired.

Google fired Damore after he distributed a 3,000-word missive arguing hat the ‘preferences and abilities of men and women differ in part due to biological causes and that these differences may explain why we don’t see equal representation of women in tech and leadership’.

Google chief Sundar Pichai said at the time that ‘portions of the memo violate our code of conduct and cross the line by advancing harmful gender stereotypes in our workplace’.

‘To suggest a group of our colleagues have traits that make them less biologically suited to that work is offensive and not OK,’ he added.

However, Pichai defended the author’s right to criticize Google training, workplace ideology and whether programs promoting workplace diversity are adequately open to all.

In 2017, Cernekee, 41, reported to human resources that a manager publicly asked on the board: ‘Can’t we just fire the poisonous assholes already?’

That manager was reportedly referring to Cernekee and any other employees that shared his views.

A year later, Cernekee says he was fired. 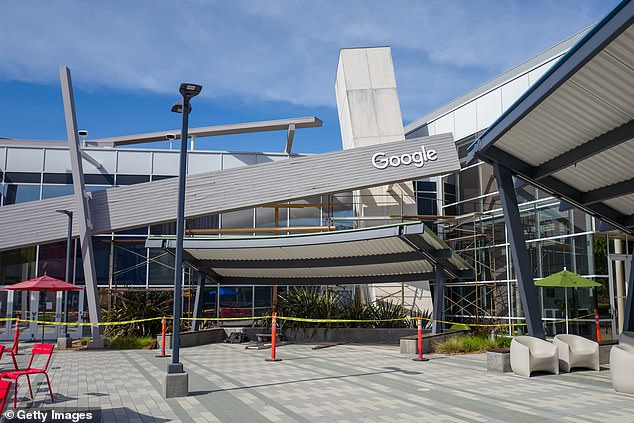 A DailyMail.com request for comment to Google (file image) was not immediately returned, but a spokesperson denied Cernekee’s claims in a statement. ‘Lively debate is a hallmark of Google’s workplace culture; harassment, discrimination…is not,’ the spokesperson said

‘I very much regret joining Google,’ Cernekee told the Journal. ‘I figured it would be a good place to see intelligent arguments through. It didn’t really turn out how I expected.’

Cernekee also told the newspaper that he wasn’t favored by the Republicans at Google either.

One of his colleagues internally circulated a dossier describing Cernekee as ‘the face of the alt-right’ at Google.

That’s a label that Cernekee doesn’t agree with.

He claims he disagrees with the alt-right, saying he considers himself a mainstream Republican who supports President Donald Trump. 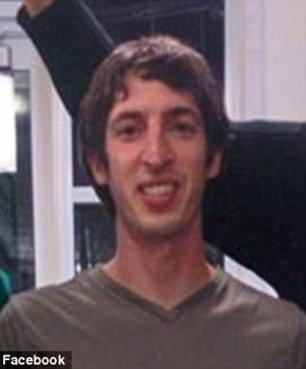 Cernekee recently created a GoFundMe account to help raise money for his legal fees after he was sued by Google.

‘I have been working for over 4 years to safeguard the rights of Google employees to protest unfair treatment,’ the account reads.

‘Google fired me last year for reporting unlawful discrimination and retaliation, both internally and to government agencies. Google then sued me in arbitration, which has racked up over $100,000 in legal fees.’

Cernekee then wrote that ‘Google has claimed that it updated over a dozen workplace policies due to my efforts’.

‘But retaliation remains endemic at the company, and the fight is only beginning,’ he added.

A DailyMail.com request for comment to Google was not immediately returned, but a spokesperson denied the claims in a statement to The Hill.

‘We enforce our workplace policies without regard to political viewpoint. Lively debate is a hallmark of Google’s workplace culture; harassment, discrimination, and the unauthorized access and theft of confidential company information is not,’ the spokesperson said.

Google claims that Cernekee was actually fired for using a personal device to download tens of thousands of confidential internal documents.

The company said he returned them after the company obtained an order from a judge.