Rescue crews discover a dead body, IEDs and explosive propane in rubble of a burned down Massachusetts condo as cops probe reports of man facing eviction from the building

Rescue crews searching through the rubble of a Massachusetts condominium block that erupted in flames on Sunday night have discovered a man’s body, two explosive devices and a batch of propane tanks.

Residents of the building in Fitchburg, around 55 miles west of Boston, reported hearing a loud explosion before flames engulfed the building at around 6pm.

It was reported today that rescue teams demolishing the block yesterday found a body under some collapsed roofing on the third floor.

Though authorities are still investigating the cause of the fire, they did say they were investigating reports of an individual who was angry at receiving an eviction notice.

The condominium complex in Fitchburg, around 50 miles west of Boston, caught fire on Sunday evening at 6.30pm. Authorities today said that they had discovered a dead body, IEDs and propane containers 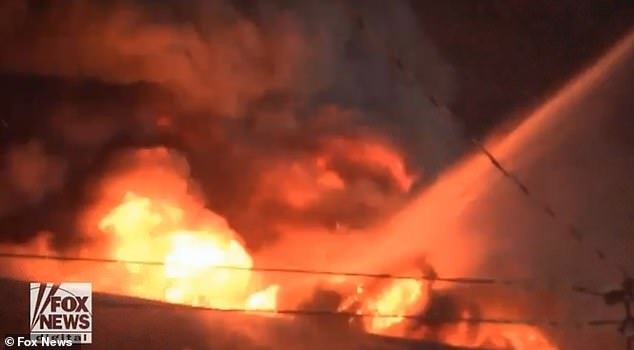 According to reports, the fire was difficult to fight and water issues at the start of the rescue slowed firefighters down 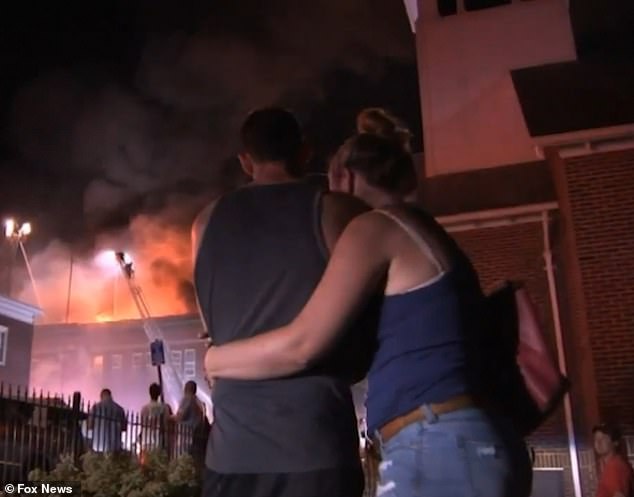 Many of the residents stood outside the property watching as their homes were burned down. According to the Worcester District Attorney, authorities are still working to identify the cause and origin of the fire but recent discoveries of the explosives may point in the right direction

‘The cause and origin of the fire has yet to be determined although we did locate two improvised explosives, also known as IEDs, in the apartment,’ Worcester District Attorney Joseph D. Early said at a Monday press conference.

‘It appeared that whoever put them together knew what they were doing.’

The remains will be moved to the coroner for further examination. 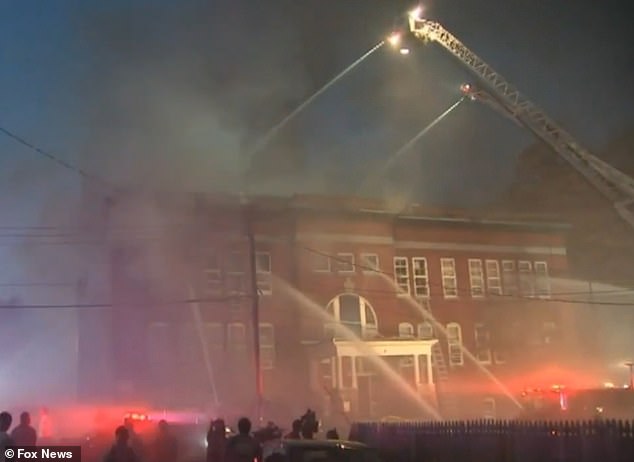 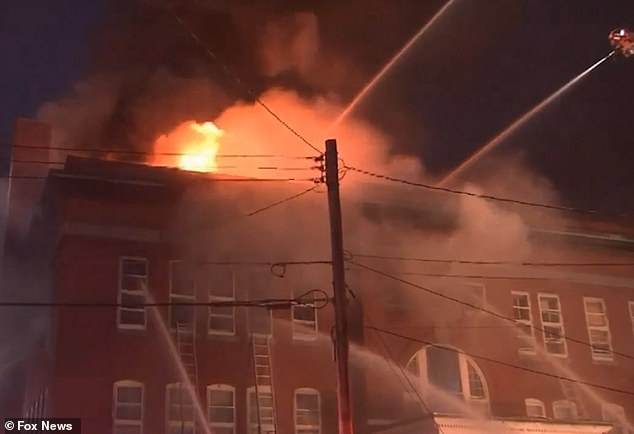 They did say that one man is missing after the fire and the police notified his place of work as a precautionary measure, in case there was a follow-up attack according to Early.

Around 60 people are now displaced from their homes and 22 units in the complex are uninhabitable.

‘I just want to extend my condolences to the family members that may be remaining of the individual who passed away,’ Fitchburg Mayor Stephen DiNatale said yesterday.

‘We are certainly happy that there wasn’t a greater loss of life. It could have been much worse than it was.’