Rescuers rush to save two freezing bushwalkers, 18 and 25, stranded at a waterfall in the Blue Mountains while exploring canyons

Two young bushwalkers were airlifted to safety after becoming trapped on a trail in the Blue Mountains and spending the night shivering in near-freezing temperatures.

A rescue operation begun just after 6pm on Saturday after reports a 25-year-old man and 18-year-old woman got into trouble canyoning.

The pair activated an emergency beacon and paramedics and special operations teams rushed to the Claustral Canyon Trail near Mount Tomah.

A rescue helicoper spotted the hikers at the base of a waterfall and emergency services trekked from just after 10pm to attempt to reach them.

They were assisted by the a police helicopter and the Toll Rescue helicopter, but it was soon suspended after due to treacherous conditions and poor visiblity.

On Sunday morning, the young bushwalkers were safely winched out of the area before being treated by paramedics.

They did not suffer any major injuries but were showing signs of hypothermia. They did not require hospitalisation. 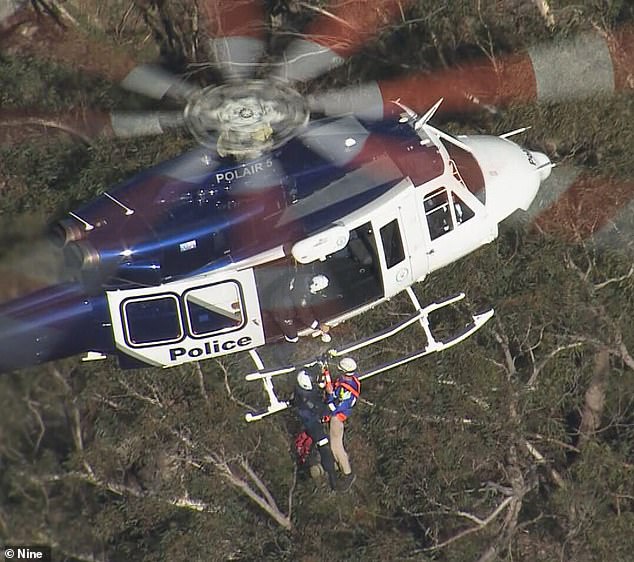 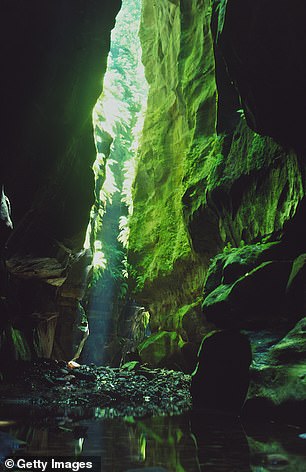 NSW Ambulance Inspector Greg Marshall praised the young hikers for taking a distress becon with them – a decision that likely saved their lives.

‘This couple were very cold when we got to them and temperatures close to zero degrees made it an uncomfortable night,’ he said.

‘They did the right thing in taking an EPIRB distress beacon with them, and activating it when they got into trouble.

‘The coordinates we received helped our aeromedical team locate them and get assistance to them.

‘It’s an important lesson for everybody who goes out into the bush – take an EPIRB with you. It can be a life-saving device.

‘This was a tricky and prolonged rescue operation with all agencies involved working well together for a good outcome.’