Seven platypus have been saved from certain death after they were rescued from dwindling waterways that were weeks away from completely drying up.

The adorable critters have settled into their safer new surroundings at Sydney’s Taronga Zoo following the frantic rescue from ponds in the fire-ravaged Tidbinbilla Nature Reserve near Canberra last month.

Researchers from the Taronga Conservation Society and University’s NSW’s Centre for Ecosystem Science answered the call for help from ACT Parks and Conservation staff for an emergency rescue on December 27 to trap as many platypus as they could before conditions worsened.

It’s estimated more than half of the reserve’s platypus population were saved which would have otherwise perished within weeks ahead of catastrophic fire conditions.

‘There was a small window between Christmas and New Year that was safe to access Tidbinbilla and try to rescue platypus before they had no water left,’Taronga conservation and recovery programs manager Andrew Elphinstone said.

‘With an ever-decreasing water body comes the reduction in resources including food. It was feared there was not enough prey items to support the platypus population. ‘

Taronga wildlife conservation officer Phoebe Meagher described the rescue as confronting as she described the dire conditions they faced.

‘We know it was going to be bad but I didn’t realise how bad it would be,’ she said.

‘Some of waterways were a few metres across and 30 centimetres deep with cracks in the soil.

‘Animals were coming from all over to try and drink from the last remaining bit of water and you could see the platypus at the top because there was nowhere else for them to go. Usually they like to swim down but they couldn’t because the water was so shallow.’ 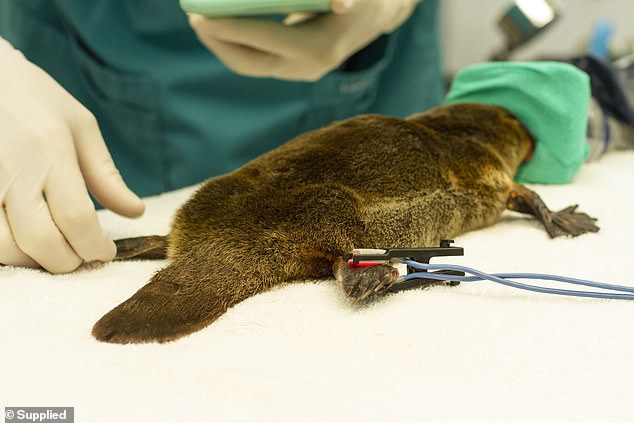 Seven platypus were saved and taken to Taronga Zoo, where they’re now getting the best care 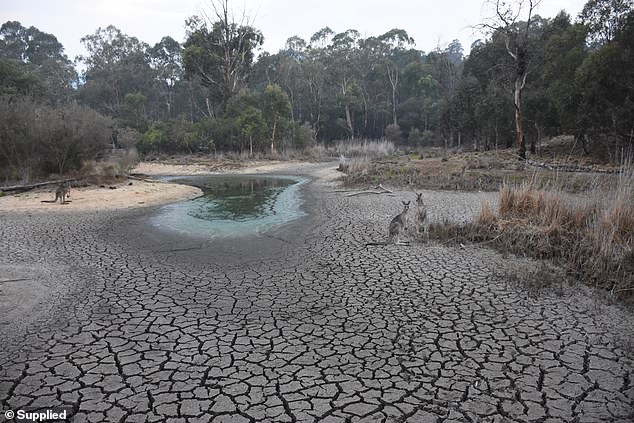 Tidbinbilla Nature Reserve is currently closed until at least January 27 due to a total fire ban across the region.

Taronga Zoo this week released heartwarming footage of the rescued critters receiving the health checks and tender loving care they currently need from keepers and vets.

Ms Meagher assured the animals are thriving in their new home.

‘They’ve all put on lots of weight, they’re eating lots of yabbies, the vets are checking them and they’re doing all the things they’re supposed to be doing and having a great old time,’ she said.

The two male and five female platypus will remain at the zoo until waterway conditions improve at Tidbinbilla, where they’ll be released back into the wild. 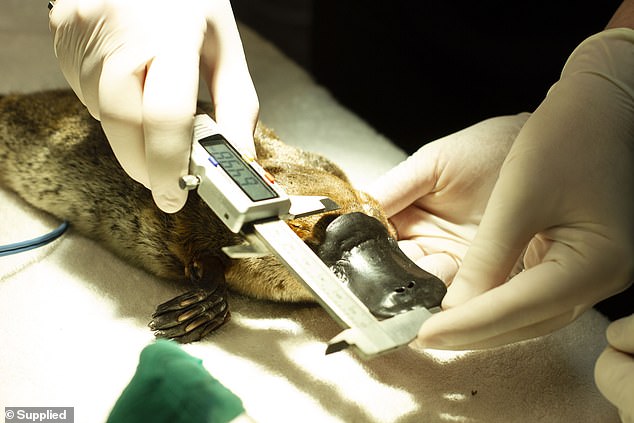 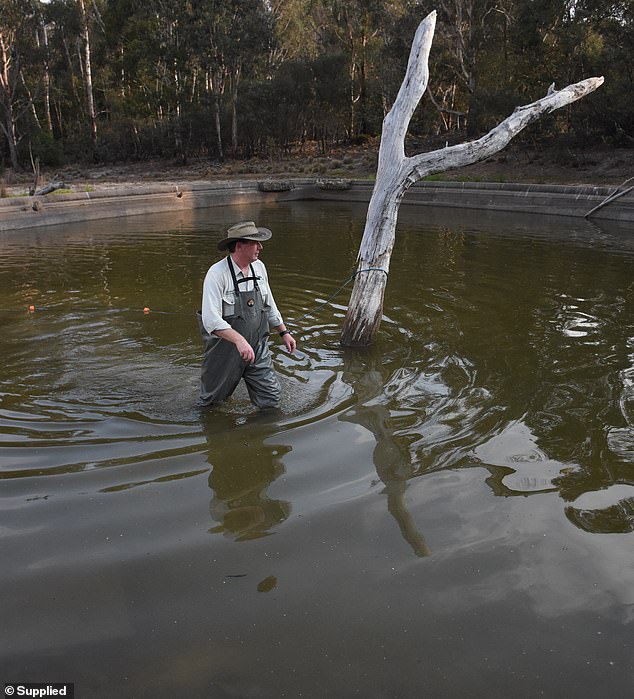 ‘We will return them when conditions improve, but given how extreme conditions are currently, I fully expect that it will be many months before we see enough rain to replenish this wetland and warrant their return,’ ACT Parks and Conservation’s Dr Sarah May said.

‘These animals had nowhere to go and would have almost certainly perished if we didn’t act.’

Once considered widespread across the eastern Australian mainland and Tasmania, there are fears the beloved native animal is at grave risk of extinction within the next 50 years. 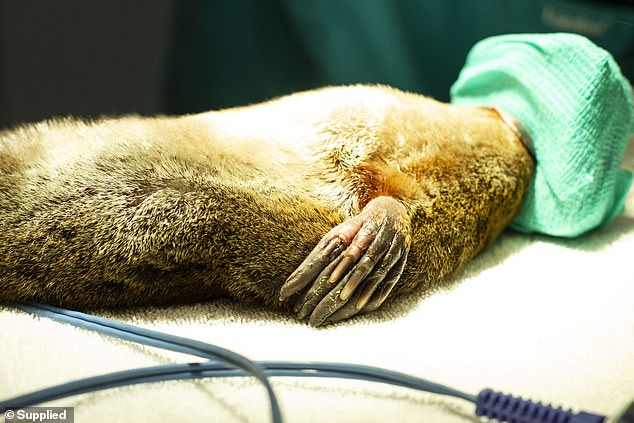 The platypus is currently listed as ‘near threatened’ by the International Union for Conservation of Nature.

UNSW researchers fear the wild population could slump by two thirds by 2070 due to climate change and other threats such as land clearing and habitat fragmentation by dams,

‘Platypus waterholes in some NSW rivers are drying up and stranding animals, as a result of the drought exacerbated by river management,’ UNSW Centre for Ecosystem Science director Professor Richard Kingsford said.

‘Our research has indicated that these incidences will likely increase in an increasingly dry future.’ 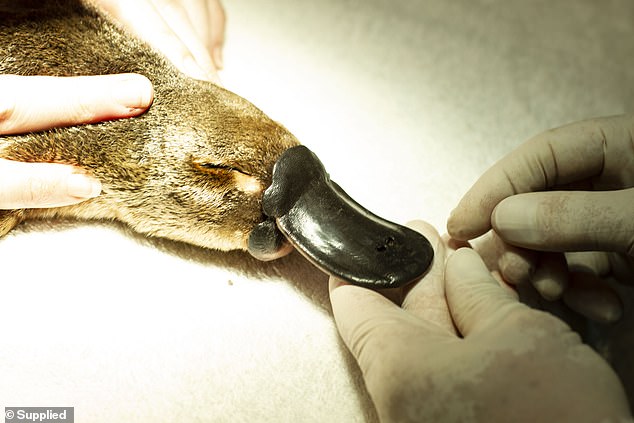 After getting a clean bill of health from vets, the platypus currently call Taronga Zoo home