Research reveals how sleeping in can shrink your waistline

Many are made to feel guilty for their lazy weekend sleep-ins.

But what many don’t know, is that a little extra shut eye can actually benefit the body and brain in more ways than one.

Australian sleep researcher, Dr Sun Bin, spoke to FEMAIL and revealed that sleeping in is beneficial – especially if you have had a restless night.

‘We know from over a hundred years of research that sleep deprivation is bad for your health,’ she said.

‘The most noticeable effects are on your mental health and wellbeing as well as your metabolic and cardiovascular systems.’ 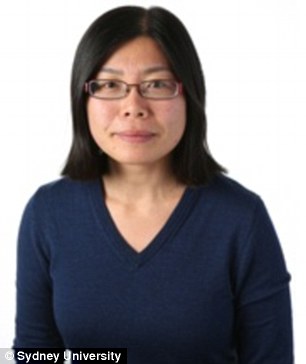 FEMAIL spoke to sleep researcher Dr Sun Bin, who explained that sleeping in is beneficial

Dr Bin said that how much sleep a person should have each night depends on the individual.

‘One of the big unknowns with sleep is how much sleep people should get,’ she said.

‘There are a few people who have four or five hours and function and there are others who function best on nine.’

Dr Bin explained that not many people are able to function on minimal sleep.

‘It depends on the person but it’s not a great proportion. About five to 10 per cent can function on that small amount of sleep,’ Dr Bin continued.

‘The recommendation is that if you wake up refreshed, then that’s an indication of how much you need.’

Dr Bin told FEMAIL that people have either a predisposition that results in them needing to wake up early or wake up late and need to find out what works best for them.

‘Some people function better waking up early and others work better when they stay up late,’ she said.

‘The tricky bit is trying to change that because it is a lot harder when that is your biological or genetic predisposition. Your routine is important.’ 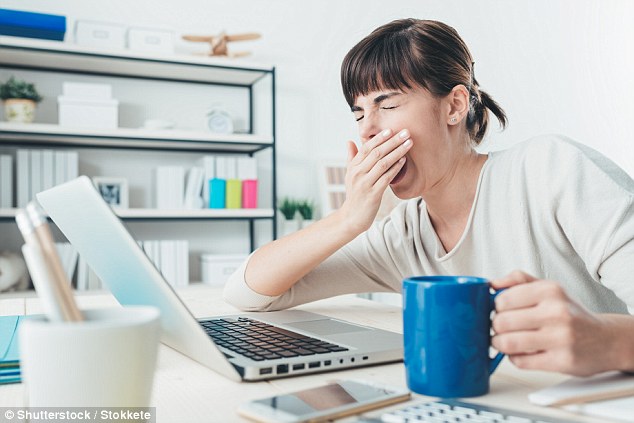 HOW TO GET THE MOST OUT OF SLEEP

– Ensure you have a wind-down routine before bed

– Fall asleep and wake up at the same time every day

– Make sure you exercise daily

– Limit your fluids before bedtime

If you’re thinking that you can survive on less sleep during the week and play catch up on the weekend, Dr Bin suggested avoiding this.

‘At the beginning of the week is when people have most of an issue – they have a bit more time on the weekend to sleep in but they end up being really tired come Monday,’ she said.

‘This is because their body has started getting into a particular routine so it becomes harder to wake up early again.’

Another downside of not getting enough sleep at night is weight gain.

‘When people don’t sleep enough they do feel tired and have high energy snacks to perk themselves up,’ Dr Bin explained.

‘We see that those who sleep five or six hours are more likely to be obese or overweight.’ 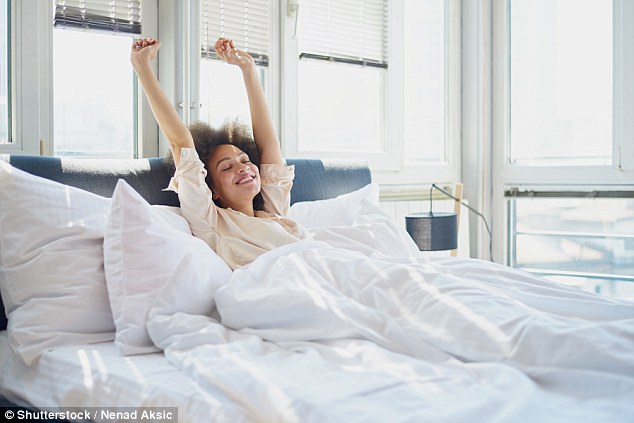 If you’re thinking that you can survive on less sleep than you should during the week and play catch up on the weekend, Dr Bin suggested avoiding this

‘Often people who are shift workers will snack a lot more and reach for sugar and carbs as they may be feeling tired or bored as their circadian rhythm is being disrupted,’ she continued.

Dr Bin’s main tip is to ensure that you’re going to bed and waking up the same time each day.

This makes it easier for your body to adjust to a sleeping pattern, which makes waking up and falling asleep easier.

‘Everyone needs a routine where they can relax before they go to bed and also stop using technology,’ she said

‘You need a bedroom that’s conducive to sleep, so one that is dark with no street lights and a good temperature.’

The team studied patterns in sleep duration and sleep quality and the associations with physical, emotional and social functioning.

‘We found that poor sleep quality is linked to worse functioning regardless of how long a person has slept for,’ Dr Bin said.