A Scottish wildcat nicknamed ‘the Beast’ has been captured on video by researchers in the Scottish Highlands.

It is one of the largest recorded in the world and is about twice the size of a regular wildcat, researchers say.

Dr Paul O’Donoghue, chief scientific officer at Wildcat Haven described the animal, usually about the same size as a domestic cat as ‘the real deal’. 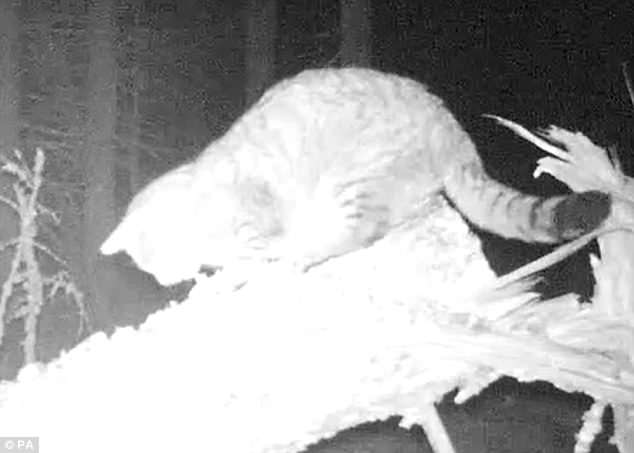 Dr Paul O’Donoghue, chief scientific officer at Wildcat Haven, said: ‘I have seen every reference wildcat in existence and this is the biggest one I have ever seen’ 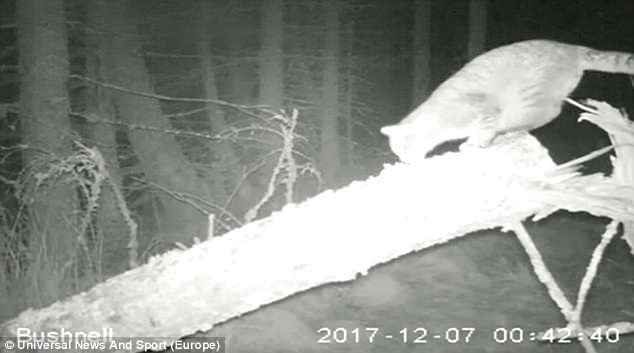 Nicknamed the Clashindarroch Beast, it was captured on camera and is estimated to be 4ft (1.2m) from nose to tail, they are usually less than 3ft in length

He said: ‘I have seen every reference wildcat in existence and this is the biggest one I have ever seen.

‘This is the real deal, a pure Scottish wildcat. There is no doubt about that.’

The cat, one of 13 the organisation is monitoring in Aberdeenshire’s Clashindarroch forest, is estimated to measure four feet from nose to tail.

Kev Bell, the researcher responsible for looking after the camera which filmed The Beast, said: ‘I couldn’t believe my eyes when I first saw this cat – he is enormous, a magnificent animal.’

Field workers set up cameras activated by movement in areas they believe the animals to live, leave food or a scent as bait, and then wait for the creatures to appear.

‘The cameras give us amazing insight to this priceless group of wildcats which have somehow survived here and avoided hybridisation,’ Mr Bell added.

‘Some people say that the wildcat doesn’t exist any more, but we know different and wildcats like ‘The Beast’ prove it. This is nothing like a domestic cat, and you certainly wouldn’t want it sitting in your lap.’

Steve Sleigh, another fieldworker with Wildcat Haven, said: ‘These cats are a vital part of Scotland’s wild nature and ecology, and they must be protected wherever they live; they are one of the rarest animals in the world.’ 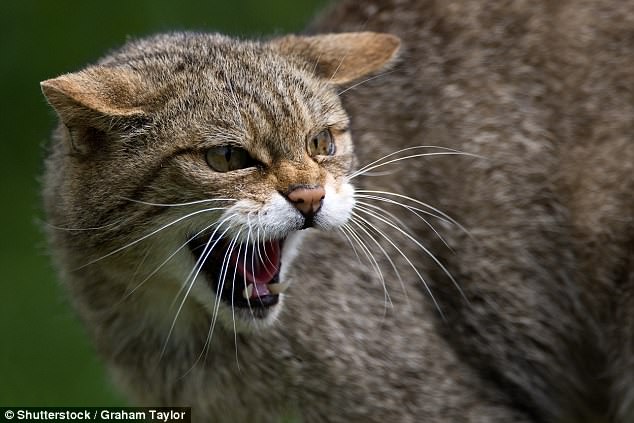