While humans continue to struggle with the COVID-19 pandemic, some scientists worry that bees are quietly dealing with a pandemic of their own.

Researchers from the University of Colorado Boulder have documented how bees in Europe have been afflicted with a contagious and deadly fungus that can be spread through flower petals during pollination.

Called nosema, varieties of the fungus have been documented all over the world, including South Africa, Kenya, Russia, Brazil, the United States, and Canada.

According to the researchers, exposure to the fungus is contributing to bee colony collapse across Europe and could have dire consequences for bee populations around the world.

Nosema is a type of fungus know as a microsporidia – a single-cell parasite that forms spores that combine to grow into a fungus.

When nosema infects a bee, it first ruptures the infected cells, then releases more spores that spread through the body and eventually kill the bee.

Before the bee dies, it can also excrete these spores in its feces as well as during pollination, leaving live spores on flowers where other bees can become exposed and infected.

In some areas, this has led to year-round nosema infections for beehive colonies, according to a report in the team’s findings in the University of Colorado Boulder’s news blog. 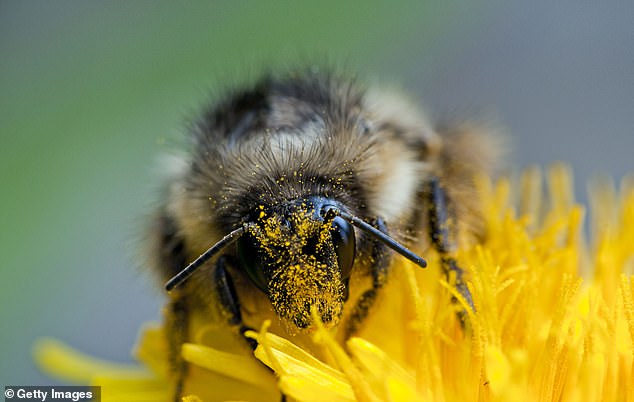 Beekeepers have helped fight the spread of nosema by breeding particular kinds of resistant bees and using plant extracts to treat bees with current infections.

In the past different types of the nosema fungus have been documented in different regions, which has contributed to the slowing the spread, but researchers worry a novel strain of the fungus could sweep across multiple regions in the world despite local resistance.

‘More work needs to be done to understand Nosema infections in native bee species and the potential consequences to native ecosystems, if native bees suffer a similar fate as honeybees when infected,’University of Colorado Boulder’s Arthur Grupe II said.

HOW HAVE PESTICIDES AFFECTED THE BEE POPULATION?