Australia’s most powerful banker in charge of setting interest rates receives $120,000-a-year in super as he inflicts the most severe pain on borrowers in three decades.

Reserve Bank governor Philip Lowe’s $1,076,029 remuneration makes him among an elite group of just half a dozen bureaucrats earning seven figures a year.

The economist who last year repeatedly promised interest rates would stay on hold at a record-low of 0.1 per cent – until 2024 ‘at the earliest’ – has this week changed his mind on inflation, revising a forecast he made just two months ago.

The central bank chief and his board on Tuesday raised the cash rate by yet another half a percentage point, marking the fourth monthly rate rise in a row.

His total package is significantly higher than the average Australian mortgage of $600,000, as borrowers cop the most severe mortgage increases since 1994.

Two of Australia’s big four banks – ANZ and Westpac – are now expecting the RBA to keep raising rates to a 10-year high of 3.35 per cent, up sharply from the new six-year high of 1.85 per cent.

His employer superannuation contribution was significantly higher than the compulsory level of 9.5 per cent in the 2020-21 financial year, which has since increased to 10.5 per cent.

The retirement savings he made in one year was also higher than Australia’s average full-time salary of $90,917.

Reserve Bank governor Philip Lowe’s $1,076,209 remuneration makes him among an elite group of just half a dozen bureaucrats earning seven figures a year

What a 0.5 percentage point rate rise means for you

The ‘other benefits and allowances’ entitlements cover car use like parking, gym membership and fringe benefits tax relief.

‘This solely related to health benefits, and is consistent with the benefit provided to all employees of the RBA,’ she told Daily Mail Australia.

Despite those generous perks, Dr Lowe this week expressed concern about the spending habits of Australians, as inflation keeps soaring.

‘A key source of uncertainty continues to be the behaviour of household spending,’ he said.

Under the terms of his pay, Dr Lowe is required to attend 11 monthly board meetings a year.

Dr Lowe, who earns double Prime Minister Anthony Albanese’s $549,250 salary, last year repeatedly promised the RBA would leave the cash rate on hold at a record-low of 0.1 per cent until 2024 ‘at the earliest’. 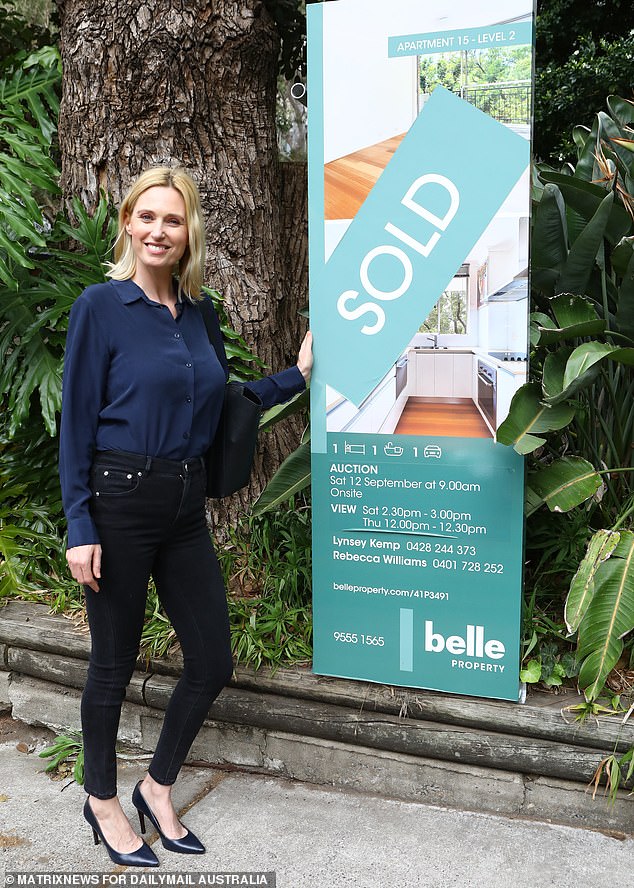 Australia’s most powerful banker in charge of setting interest rates receives $120,000-a-year in super as he inflicts the most severe pain on borrowers in three decades

As recently as October, he argued wages needed to rise before the cash rate rose, even though inflation in June last year was already growing by 3.8 per cent – an annual level well above the RBA’s 2 to 3 per cent target.

Warwick McKibbin, who served on the RBA board from 2001 to 2011, said the Reserve Bank had made a mistake in delaying rate increases last year.

‘I was already arguing for rates to be rising by the middle of last year,’ he told Daily Mail Australia.

‘To make a statement that he had to wait for wages to change, if there was a war in Ukraine, that would cause inflation as well – of course, that’s not on the horizon until it happens.

A bigger inflation surge, following Russia’s February invasion of Ukraine, saw the Reserve Bank raise rates in May, June, July and again in August by another 0.5 percentage points.

The 1.75 percentage point increase this year has been the steepest since 1994.

The cash rate has also increased by half a percentage point for three straight months for the first time since the RBA began publishing a target cash rate in 1990. 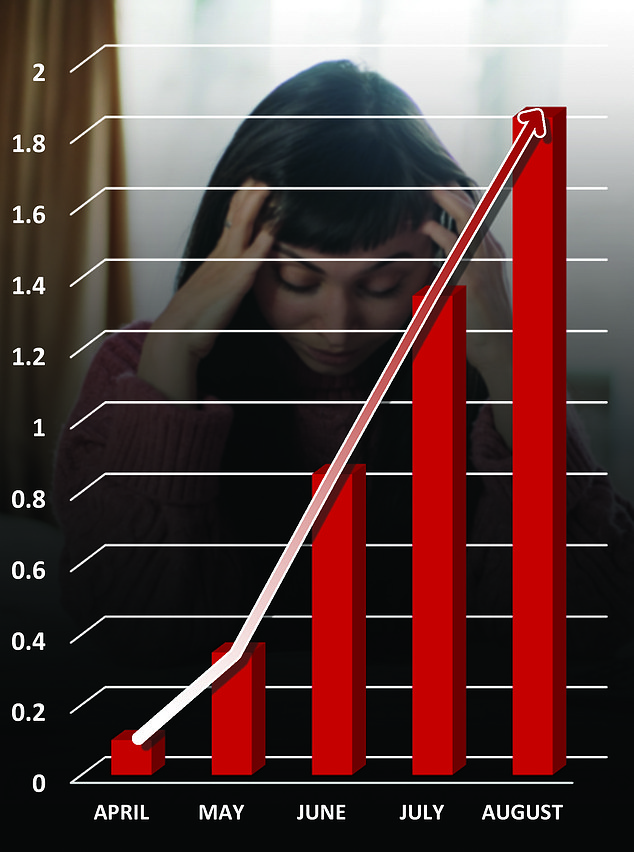 The central bank chief and his board on Tuesday raised the cash rate by yet another half a percentage point, marking the fourth monthly rate rise in a row, taking the cash rate from a record-low 0.1 per cent to a six-year high of 1.85 per cent 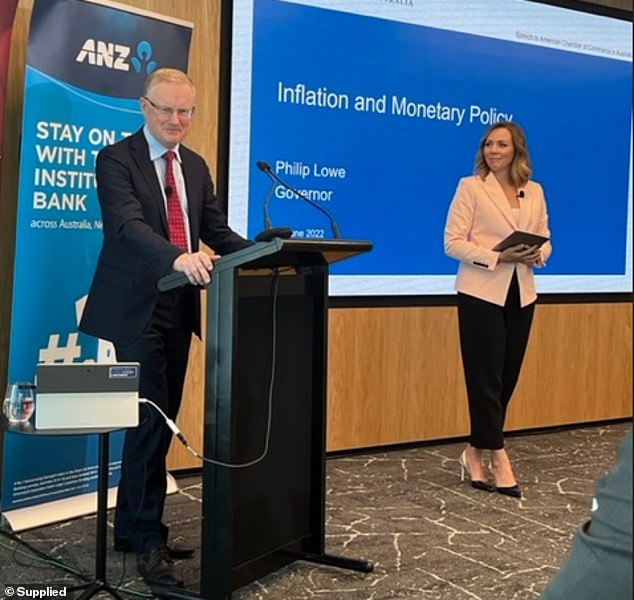 Dr Lowe released a statement explaining the board he chairs had a ‘high priority’ of getting inflation back within the RBA’s two to three per cent target.

ANZ: Up 0.5 percentage points from August 12

MYSTATEBANK: Up 0.5 percentage points from August 15

A borrower with an average $600,000 mortgage now faces another $169 increase in their monthly mortgage repayments following the latest rate rise.

CBA and ANZ announced on Thursday they would match the RBA’s latest rate increase, with their variable rates going up on August 12.

All of Australia’s big four banks are expecting another 50 basis point rate rise in September, after inflation in the year to June surged by 6.1 per cent – the steepest increase in 21 years.

When the one-off effect of the GST was removed, this was the biggest rise since 1990.

The Reserve Bank has adjusted its forecasts to have inflation peaking at a 32-year high of 7.75 per cent in 2022, matching Treasury’s predictions published last week.

As recently as June 14, Dr Lowe told former ABC 7.30 host Leigh Sales inflation would peak at 7 per cent this year.

‘At the moment it’s 5 per cent, and by the end of the year I expect inflation to get to 7 per cent,’ he said.

‘That’s a very high number and we need to be able to chart a course back to 2 to 3 per cent inflation.

‘I’m confident that we can do that, but it’s going to take time.

‘And with inflation being as high as it is and when interest rates are as low as they are, we felt it was important to take a decisive step to normalise monetary conditions and we did that at the last meeting.’

That interview with Sales occurred after the RBA in June raised the cash rate by 50 basis points, which was then the steepest monthly increase since February 2000.

Both the RBA and Treasury are expecting inflation to stay above the Reserve Bank’s 2 to 3 per cent target until 2024.

The ANZ back is forecasting a 3.35 per cent cash rate by November, reaching the highest level since October 2012.

Westpac is expecting that cash rate to be reached in February 2023. 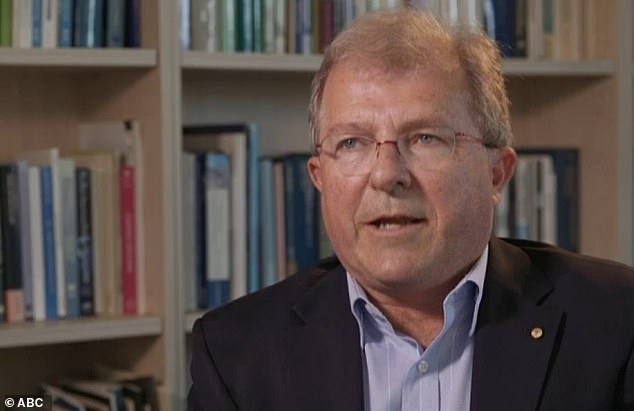 Warwick McKibbin, who served on the RBA board from 2001 to 2011, said the Reserve Bank had made a mistake in delaying rate increases last year

Professor McKibbin, the director of the Australian National University’s Centre for Applied Macroeconomic Analysis, said it was unfair to blame Dr Lowe for not forecasting surprise supply shocks when he last year made conditional promises to keep the cash rate on hold.

‘The reason that they got it wrong wasn’t because, necessarily, they had the wrong framework,’ he said.

‘It was because some pretty big shocks came along like the war in Ukraine which really propelled the supply side shocks in the system.

‘Back in October, no one would have known what the world would be like in 2022.’