Residents of a Mexican Pacific coast city have found an unusual way to deter the country’s escalating crime.

Twice this week, locals in the resort town of Puerto Vallarta have taken matters into their own hands when it comes to dealing with thieves.

Authorities were surprised when they were called to help naked, beaten men tied to lampposts in six different sectors who had to be freed by police.

The local prosecutor’s office confirmed that the incidents occurred and opened an investigation, but would not say how many people were involved. 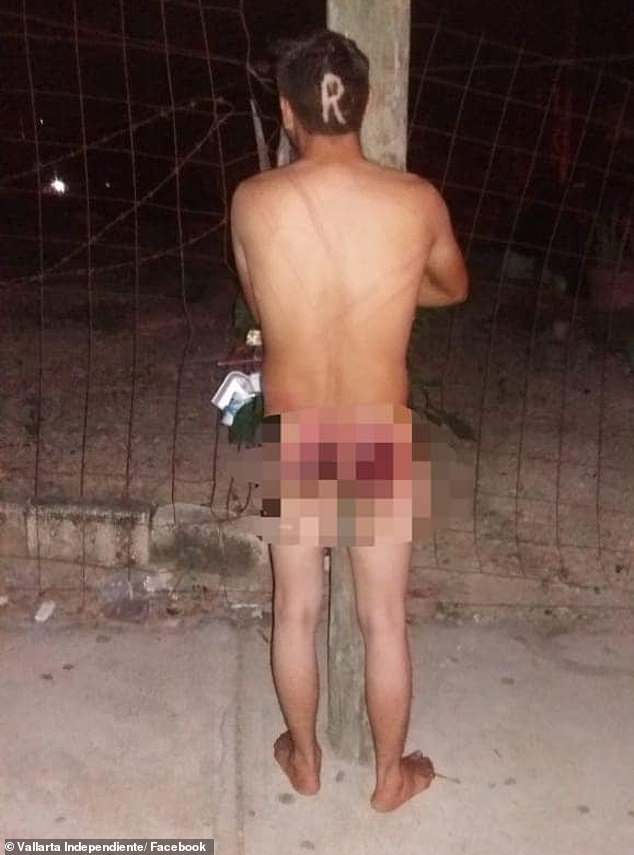 Residents in Puerto Vallarta, located on Mexico’s Pacific Coast, have taken policing into their own hands by tying up suspected thieves on to street lampposts

DailyMail.com reached out to Puerto Vallarta’s prosecutor’s office for comment.

On Friday, local media outlets reported that a total of 10 men were tied naked to posts.

The first four tied men were found between late Monday night and the early hours of Tuesday morning while the rest were discovered late Wednesday night into early Thursday morning.

One of the men in question had the letter “R” marked on his head, which could refer to a ‘rat’, Spanish for ‘thief’ but also ‘snitch’.

Another man tied to a lamppost had the word ‘rata’ [rat] inscribed into his head.

Puerto Vallarta is located in the state of Jalisco, which is the home of the Jalisco drug cartel.

According to the National Public Security System, Jalisco has seen a 42 percent spike in homicides during the first trimester of 2018.

Cartels sometimes round up common criminals to brandish their own image as protectors of the community.