A restaurant chef has resigned after boasting of spiking a vegan group’s meals.

Laura Goodman, 47, ranted on Facebook about how she spent hours preparing a special menu for a party of vegan and vegetarian guests at her Italian restaurant.

But she lost her temper when one of them ordered a Margherita pizza topped with mozzarella on Saturday night, which is not vegan-friendly.

The chef, who co-owns the Carlini Italian in Shifnal, Shropshire, drank wine before going on Facebook to tell how she ‘spiked a vegan a few hours ago’.

She has now apologised after it emerged police are investigating death threats made against her.

Social media users have said that Laura Goodman (pictured) should be charged with assault for spiking the food. She has since received death threats for her post on Facebook

Friends close to the chef say she is in a ‘bad way’ after her co-workers revealed she had stood down from her role.

A spokesman for the restaurant said: ‘Laura Goodman has today tendered her resignation from Carlini and the board of directors are currently considering their options.

‘Whilst this process is being completed, Laura will not be working at either of the restaurants, which will re-open later this week.

‘As part of a pre-planned recruitment drive, Carlini is also recruiting for an additional head chef to work across both its restaurants in Shropshire.’

Ms Goodman posted on a Facebook group boasting that a ‘pious, judgmental vegan’ had gone to bed thinking she was still a vegan after eating at her restaurant

She later claimed that she had ‘spiked’ the vegan at the Carlini restaurant she co-owns in Shifnal, Shropshire

A friend said: ‘Lisa is in a bad way. She is too scared to leave the house. The police are taking the threats against her very seriously.

‘She can’t believe how she has found herself in this position. She actually made a flippant remark which wasn’t even true. She didn’t actually ‘spike’ anyone’s food.

‘It’s been a nightmare for her.’

But she was disappointed when one of the group ignored her efforts and ordered a pizza topped with mozzarella – which is not vegan-friendly – off the normal menu.

Venting her frustration on Facebook, Miss Goodman wrote: ‘Spiked a vegan a few hours ago.’ In another message on Twitter, the 47-year-old said a ‘pious, judgmental’ diner had gone to bed ‘still believing she’s a vegan’.

Although she had only meant to be ‘flippant’, her comments prompted a furious reaction and drew calls for her to be prosecuted for assault.

The incident happened on Saturday at Miss Goodman’s restaurant in Albrighton, Shropshire, one of two she runs in the county under the Carlini name.

The TripAdvisor and Google pages of her business have now been bombarded with poor reviews, dragging it down from five stars to one.

Plans were under way to hold a protest this weekend. And posters have been created warning diners they might be ‘poisoned’.

But Miss Goodman’s fiance and business partner last night apologised for her outburst – insisting she had not served meat and had written the comment after having ‘too much to drink’. 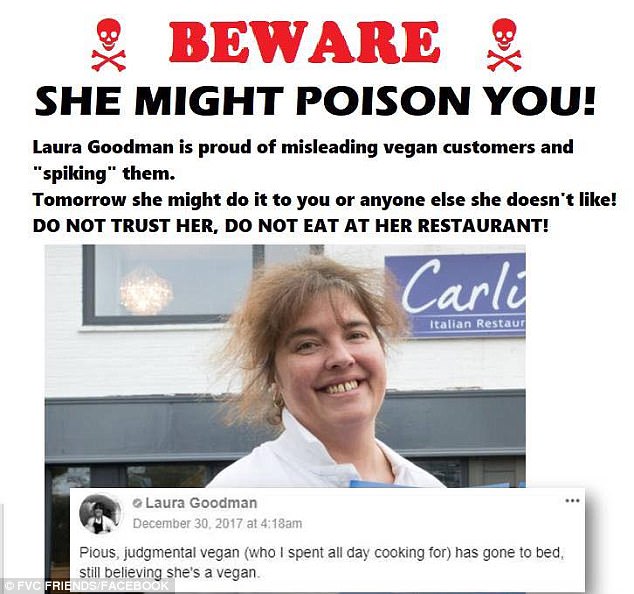 Michael Gale, 62, said she had been left feeling ‘almost suicidal’ by the reaction, and police were called to the restaurant yesterday because of the threats.

He said: ‘Laura loves cooking vegan and vegetarian food, because it challenges and there is complexity to it.

‘She came up with some recipe ideas so that they would have more choice than the two or three items on our standard menu.

‘So Laura went off and bought the ingredients for those dishes… on Saturday they showed up and, as is quite within their right, chose dishes off the regular menu. One of them ordered a margherita pizza which is not vegan-friendly.

‘Laura said that if you were a vegan you’d know that mozzarella is not vegan. So, slightly disappointed that they hadn’t chosen to have what she’d prepared for them, and amused at the thought that they had had that pizza, she made this flippant remark on Facebook.’

He said she made the comments on a Facebook page called The Very Boring Group, which encourages contributions about banal everyday events. 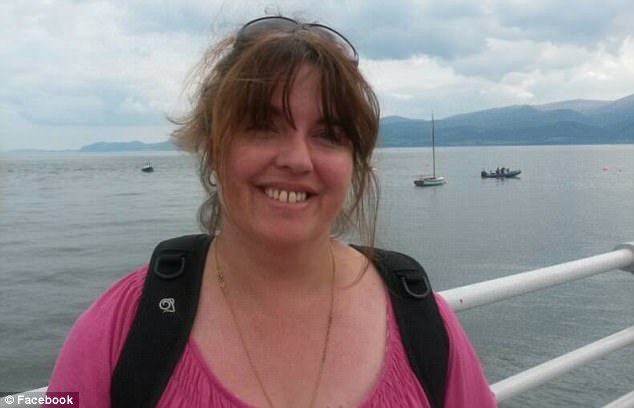 One Google reviewer slammed Ms Goodman (pictured) and said: ‘It would be the same if someone of a religious background came in and she spiked their food with prohibited substances’ 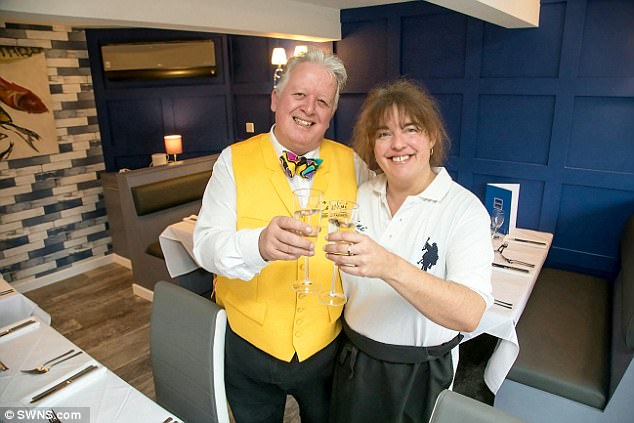 Mike Gale, pictured here with Ms Goodman, said: ‘This has all got out of hand. There was absolutely no meat in the dishes. We have received death threats and had all sorts of vitriol thrown at us’

It has since received a barrage of one-star reviews, dragging the rating down to 1.1 stars out of five

Mr Gale said: ‘Since then our world has been turned upside down with death threats, threats of violence, threats of lawsuits from all around the world.

‘The essential story is some vegetarians and vegans went to a restaurant, had vegetarian and vegan food, and left.

‘We don’t even know if the person that ordered the pizza was vegan, she could have just been vegetarian, in which case there would have been no problem with her ordering that.

‘We now understand that in the vegetarian and vegan world, saying that you’ve ‘spiked’ someone’s food means that you put meat in it, which isn’t the case here.’

He added: ‘At the time of making the post, it was in the small hours of the morning, and Laura had probably had too much to drink. 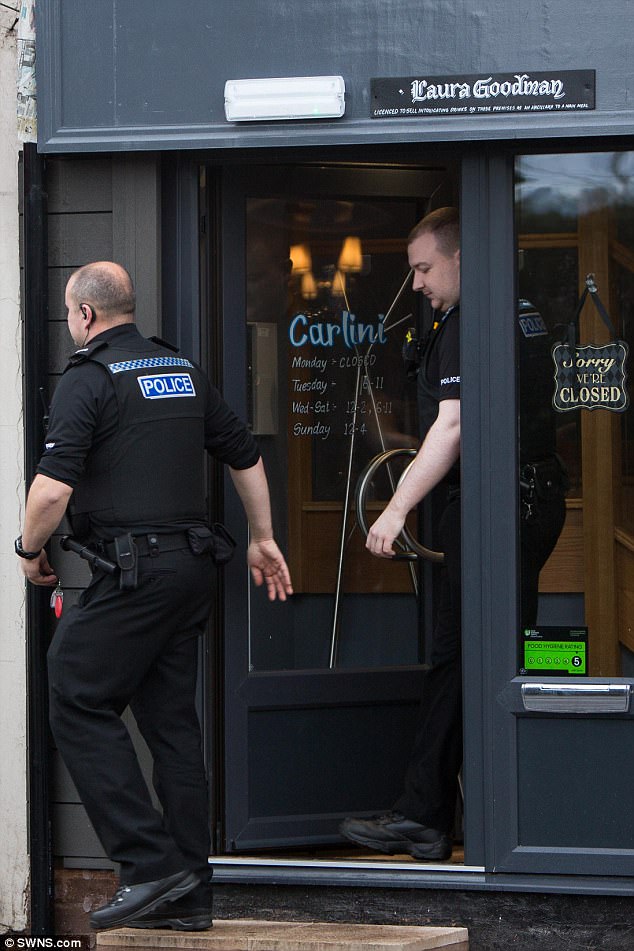 A Tweet calling for people to email, call, or leave a negative review has also racked up hundreds of retweets and likes 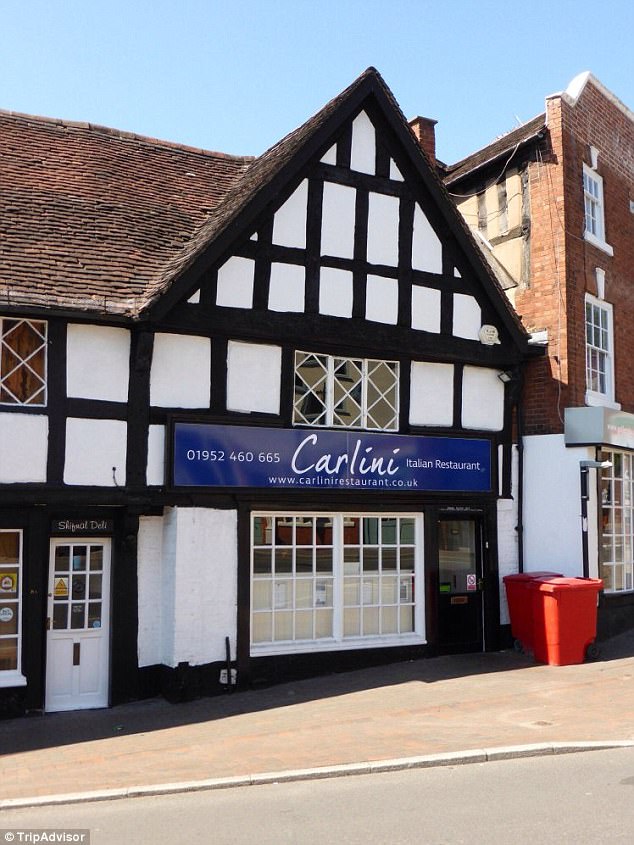 ‘She had probably overindulged a bit and was angry that they hadn’t chosen to have the dishes that she had prepared for them. She is horrified, embarrassed and deeply sorry.’

He said the restaurant had received phantom bookings and one of the waitresses’ mothers has been contacted.

Another poster said: ‘Is sabotaging the food of customers because you don’t agree with them normal practice here? Would it be funny if it was ‘spiked a girl’s drink’?’

Jess Lewis wrote: ‘Who is the pious and judgmental one here really?’

The demonstration is being organised by Telford Vegan Action, which also wants the restaurant shut down. 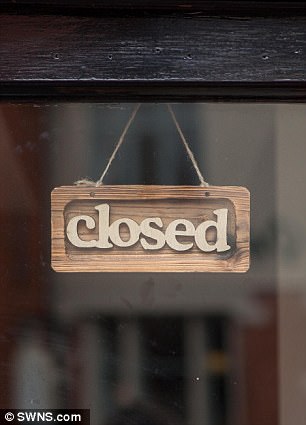 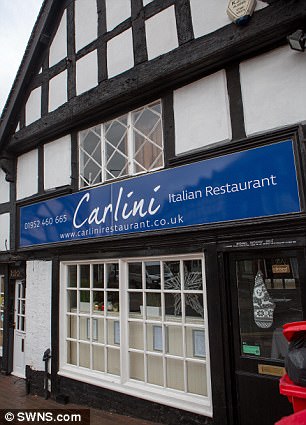 Hope Lye, of the campaign group, said: ‘More people are going vegan and … we will be highlighting this outside Carlini in the hope more people go vegan.’

A Tweet calling for people to email, call, or leave a negative review has racked up hundreds of retweets and likes. One reply said: ‘It’s literally assault upon a person.’ Another said: ‘This seems worthy of a lawsuit.’

Others saw the funny side. Chris Lewis wrote: ‘My sister-in-law is a vegan, her Christmas dinner was, in her own words, the best ever. It was cooked in goose fat.’

Miss Goodman, who was born in Rome, opened her second branch of Carlini in Albrighton in November, adding to one that opened in nearby Shifnal in February.

Veganism is becoming increasingly popular and more than 52,000 people in the UK have signed up to take part in Veganuary, shunning meat, dairy and eggs for January.

A spokesman for Shropshire Council said: ‘We have received complaints in relation to this matter and are currently investigating.’