A restaurant that has been serving residents of Columbia, South Carolina for more than 40-years was forced to fire a member of staff on-the-spot last week, after a note detailing a homophobic slur was slipped into a customer’s bag.

The incident happened at Yesterdays Restaurant and Tavern on December 16, according to patron Cyntrell Jones Legette, who detailed the shocking occurrence on Facebook.

In the post, she alleges that one of the kitchen staff placed an offensive note in one of her friend’s bags.

She said the piece of paper had the word ‘F**’  written on it and was purposely placed in the bag of a homosexual male. 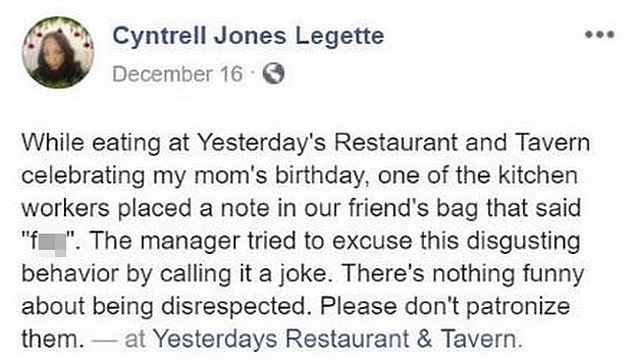 Legette says the restaurant’s management initially tried to pass off the incident as a joke, but she insisted it was no laughing matter

When telling management of the hateful message, Legette claims ‘the manager tried to excuse this disgusting behavior by calling it a joke.’

But Legette says there’s ‘nothing funny about being disrespected’.

In response to the post, the restaurant took to their own Facebook page to publicly apologize for the actions of the worker – who, they insist, was fired ‘on the spot’. 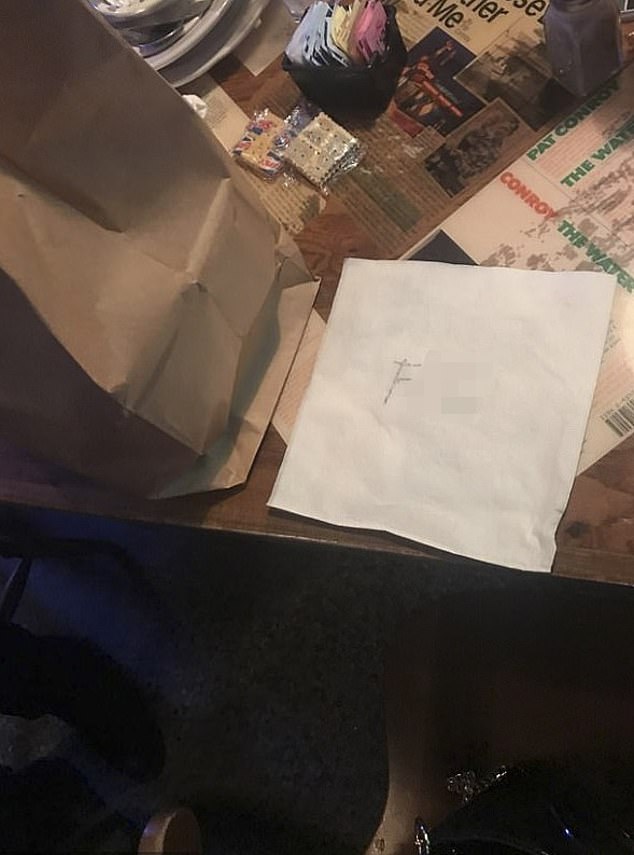 A note with a homophobic slur written on it was found in one of Legette’s friend’s bags. She insists it was no coincidence, as the victim was a homosexual man 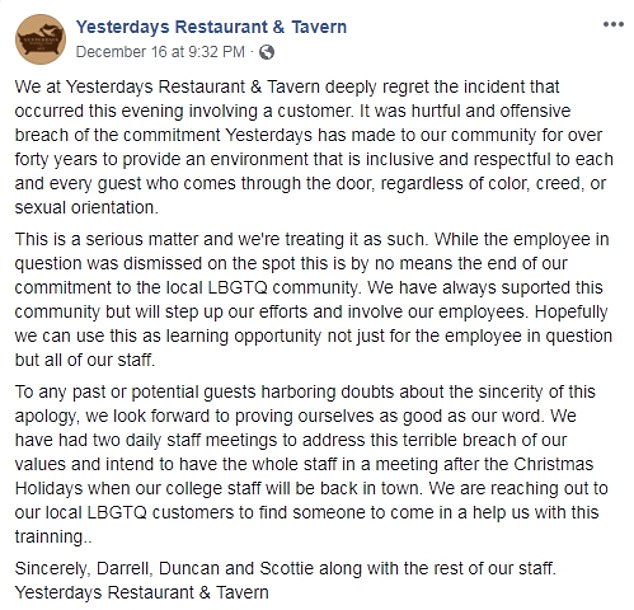 The eatery addressed the incident publicly on December 16 and insisted the actions of the staff member directly contradict their company’s values, and that the guilty party was fired on the spot

‘We at Yesterdays Restaurant & Tavern deeply regret the incident,’ the post read.

‘It was hurtful and offensive breach of the commitment Yesterdays has made to our community for over forty years to provide an environment that is inclusive and respectful to each and every guest who comes through the door, regardless of color, creed, or sexual orientation.’

The Yesterdays restaurant also insisted the incident was no laughing matter and would be taken incredibly seriously. 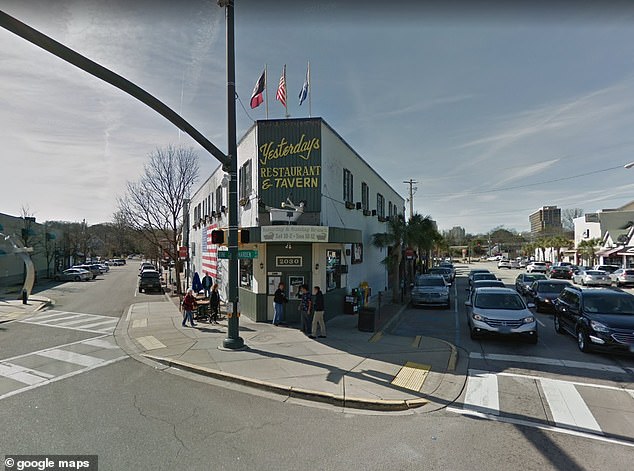 Yesterdays Restaurant has served the town of Five Points in Columbia, South Carolina since 1978. Management have said they’re doing everything in their power to ensure this never happens again

A review online shows one customer’s thoughts on the incident

‘We look forward to proving ourselves as good as our word,’ they added.

Responding to the eatery’s statement, Legette said she’d be willing to forgive the management if they stay true to their pledge and deter this kind of behavior in future.

However she refused to accept the manager’s alleged intial claims the whole incident was a ‘joke’.

‘It was never a joke between employees. I’ve never heard anyone refer to a female as a “f–.”

‘It’s also too coincidental for that note to have ended up in the bag of a gay man,’ Legette wrote on Facebook.

The tavern, which is the second oldest restaurant in Five Points, said that it has since held two staff meetings to ‘address this terrible breach’ of its values and is planning a homophobia specific training session with the help of an LGBT+ advocate.