Almost a third of children between the ages of two and 15 are overweight or obese in the UK, and many chain restaurants aren’t helping matters.

A new league table ranking children’s menus at the high street’s most popular eateries has named and shamed the restaurants with the unhealthiest kids meals.

The research by the Soil Association reveals that 12 out of 25 of the biggest chains don’t serve a portion of vegetables or salad with a children’s meal.

The list, which ranks restaurants from healthiest to unhealthiest children’s menu, reveals the eateries to visit if you want your little ones to eat well – and which should be saved for a special and indulgent occasion only.

The Soil Association has ranked restaurants based on the healthiness of its chidren’s menus, with Jamie’s Italian judged as the best and Burger King as the worst

The research, by the Soil Association’s Out to Lunch campaign, perhaps unsurprisingly reveals that Burger King has the unhealthiest children’s menu in the UK.

The judges criticised the fast food giant for its burger-heavy kids menu failing ‘to offer [children] fresh food, veg and variety, or a healthy choice’.

More shocking is that Italian chain Prezzo is judged as having the second unhealthiest children’s menu.

Secret diner parents who tried out the menu as part of the study into the healthiness of children’s food at chains said they ‘were unimpressed by the scarcity of veg on the children’s menu and the promotion of sugary fizzy drinks’. 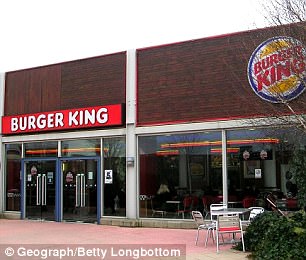 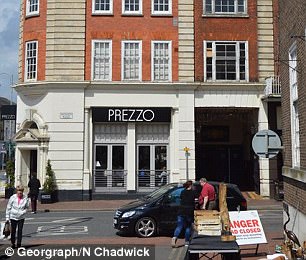 Burger King (left) was found to have the unhealthiest children’s menu, according to the Soil Association, while Prezzo (right) was in second bottom position 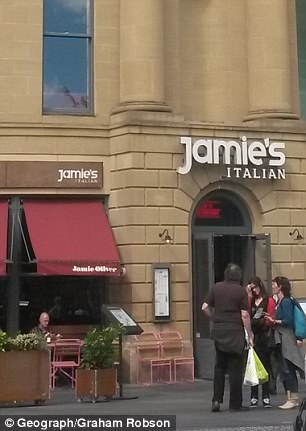 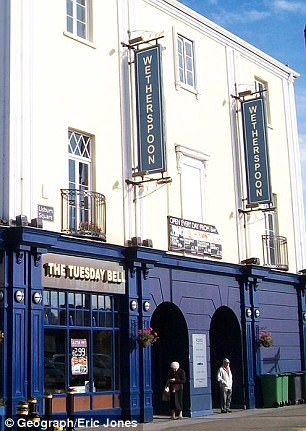 Jamie’s Italian (left) was judged to have the healthiest children’s menu, while Wetherspoons pubs (right, one of the chain’s pubs) came second from top

All served with a ‘shake-me’ salad and a drink of choice. Comes in two kids’ sizes: Small or Large.

TGI Friday’s, Nando’s and KFC also made the bottom five for having unhealthy children’s menus.

You might expect McDonald’s to rank at the bottom of the pile, but the fast food giant is in fact mid-table because of the quality and transparent provenance of its ingredients.

At the other end of the scale, Jamie’s Italian was ranked at the top of the league table for having the healthiest children’s menu.

The researchers praised the fact that every meal comes with two portions of vegetables, and said: ‘A well balanced menu, healthy choices, high quality ingredients, a family friendly dining experience, and no shortage of deliciousness.’ 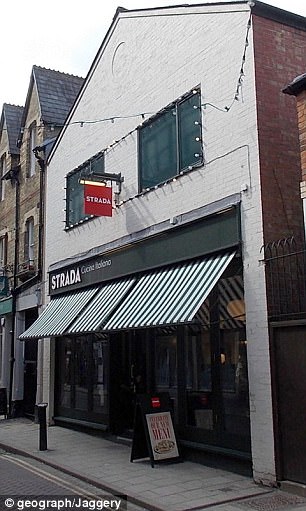 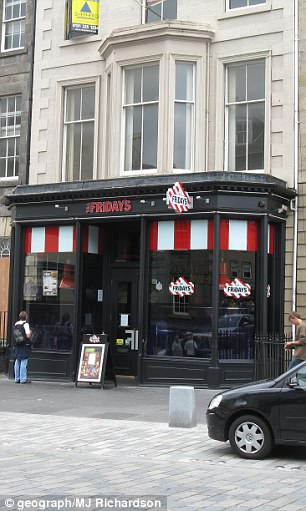 Strada (left) was judged as third best for the healthiness of its children’s menus. On the other end of the scale, TGI Friday’s (right) came third from bottom

Researchers put together the league table based on online menu information, secret diner parent reviews and a survey of all chains, which asked restaurants to provide information about the provenance of its ingredients.

The Soil Association, a charity dedicated to promoting humane, healthy and sustainable food, said many chains have vastly improved their children’s offering since the last time it put together a league table in 2015.

Thirteen compared to six restaurants now serve a portion of vegetables with every meal.

However some are still lagging behind.

The Soil Association are now calling for every chain restaurant to offer at least two portions of vegetables with every children’s meals, as well as stopping the promotion of fizzy drinks and offering quality ingredients.

FEMAIL has asked the bottom five restaurants for comment.

A spokesman for Nando’s said: ‘We try to give parents and children as much choice as possible so that they can enjoy our PERi-PERi chicken as part of a balanced diet.

‘Our Nandinos menu is aimed at the under 10s, and we provide a range of different meat, veggie and dessert options, including more healthy choices such as chicken breast fillet strips, veggie strips, corn on the cob, little tomatoes and fruit ice lollies.’