Woman, 22, who was fed up of being fat-shamed by strangers who would call her a ‘fat cow’ on nights out sheds six stone

A woman who was reluctant to go out with her friends as she was fed up of being fat-shamed in nightclubs, has shed six stone after getting sick of being known as ‘the chubby one’ among her pals.

Alicia Marsh, 22, from Hartlepool, who weighed 17st 5lbs and wore a UK size 20 at her heaviest, would binge on takeaways and sugary snacks, instead of making homecooked meals.

The retail customer service adviser would receive cruel comments in nightclubs such as ‘pig’, ‘fat cow’ and ‘massive’, before overhauling her lifestyle’ after spotting an offer for a free membership to a weight loss club in a magazine.

‘I used to get abuse shouted at me and this would knock my confidence, but now I think “Who’s laughing now?”,’ she recalled.

Alicia Marsh (pictured), 22, from Hartlepool, who once weighed 17 stone 5 pounds, has revealed how she achieved an enviable size 12 figure 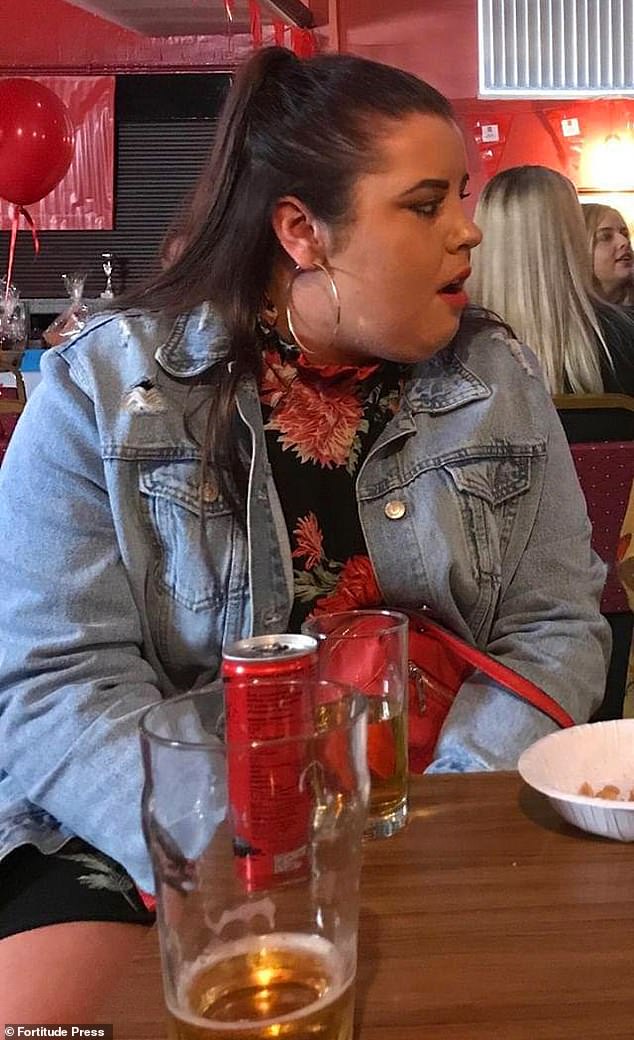 Speaking about what finally spurred her on to lose weight, Alicia said: ‘I was sick of been known as ‘the chubby one’.

‘I never wanted to go out with my friends as I had very little confidence and hated the way I looked.

‘But now I have a normal life for someone my age and I’ve stopped making excuses not to do anything with my friends.’

Alicia who lost six stone to achieve an enviable size 12 figure, followed a Slimming World plan and signed up to the gym.

The 22-year-old (pictured before left and after right) who wore a UK size 20 at her largest, recounts not having confidence because of her size 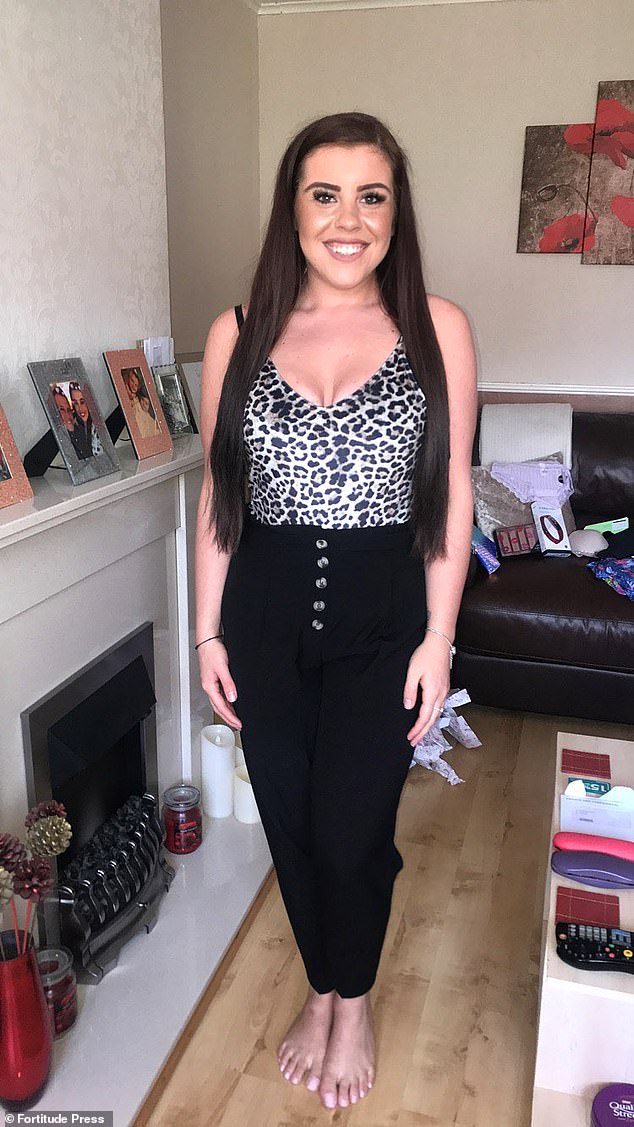 Retail Customer Service Adviser Alicia (pictured before left and after right), now exercises at the gym up to four times a week

Now weighing 11 and a half stone, Alicia revealed her weight loss began in January 2018 and she hit her target in May 2019.

She said: ‘I lost my weight by going to the gym three to four times a week, following the Slimming World food plan and cutting out junk food.

‘Now I cook my meals instead of ordering in and prepare my food for the week ahead on a Sunday so that I don’t get bored or hungry.’

As well as being unfit, Alicia was classed as obese for her age and struggled to even walk to the local shops without getting out of breath.

Breakfast: Fruit and yoghurt, or poached egg on toast

Lunch: Ham and egg salad or a jacket potato with tuna

Alicia revealed she now spends up to two hours in the gym and loves socialising with her friends.

She added: ‘I was very unfit and depressed about my lifestyle. I would never want to do anything as I was ashamed of my body.

‘Now my lifestyle is a lot better as I socialise more with friends rather than sitting in the house as I feel more confident, without been paranoid about what people are thinking of me.

‘Slimming world gave me that confidence.’

Alicia, pictured on a night out, said she was fat-shamed by strangers whenever she hit the nightclub dance floor (left). She was unfit and depressed about her life before she lost weight, but now feels more confident than ever (right)

Alicia has received a flood of comments on social media from others trying to lose weight and has been described as an ‘inspiration’ .

She said: ‘These messages make all the hard work worth it.

‘I am always willing to help people in any way and my biggest tip is to just never give up. If you’ve ever had a bad week don’t let it affect you, just get back up and keep going.’

To find your nearest Slimming World group call 0344 897 8000 or log on to www.slimmingworld.co.uk