John Loffler, 69, from Melbourne, moved to the Philippines in 2015 where he is alleged to have procured kids as young as 12 with Filipino partner Gladys Degala, who is now 21.

The couple allegedly forced teenagers to perform sex acts on live streams and in photos and videos for paying customers in the West. 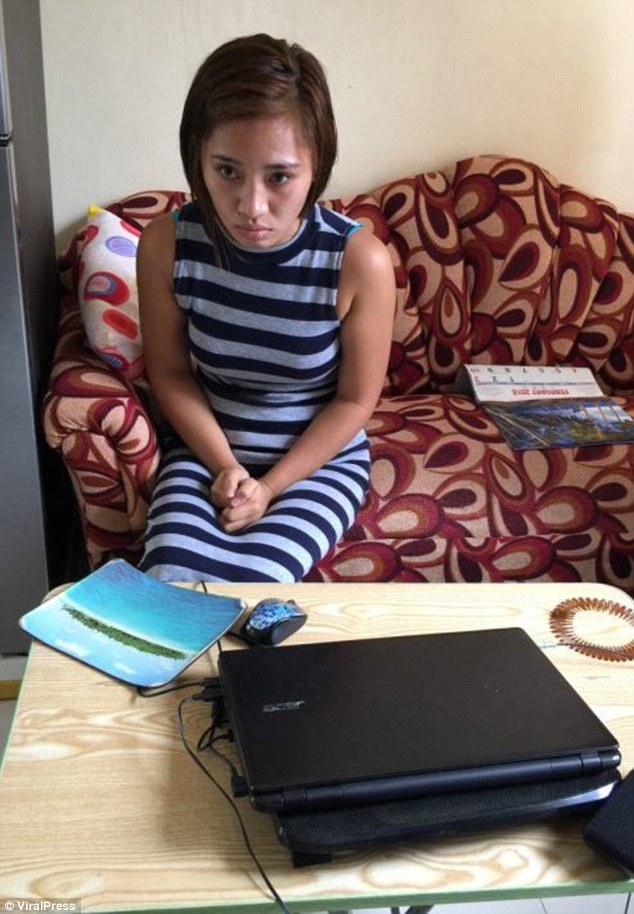 Ms Degala was arrested sitting on the sofa in front of a black laptop, which was allegedly used in the crime 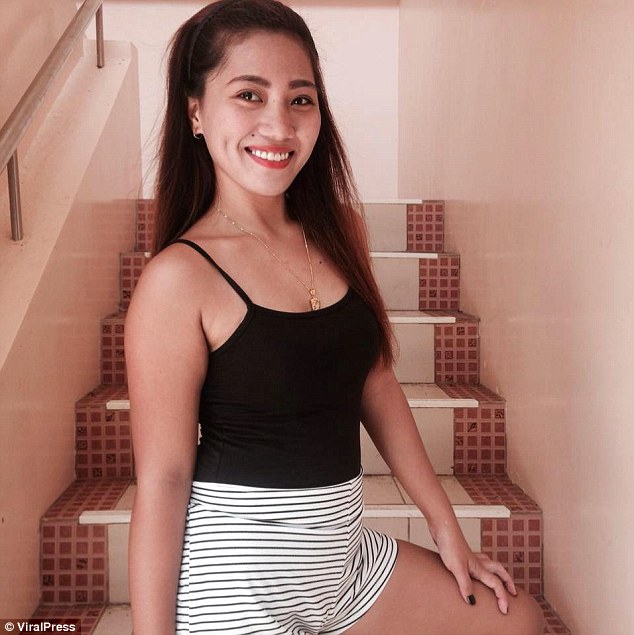 Mr Loffler was photographed sitting on a chair in handcuffs while being held at gunpoint by a vice squad officer.

His partner was arrested sitting on the sofa in front of a black laptop, which was allegedly used in the crime.

Following an extensive investigation, the couple have now been detained in custody while officers piece together the business model and information they have obtained. 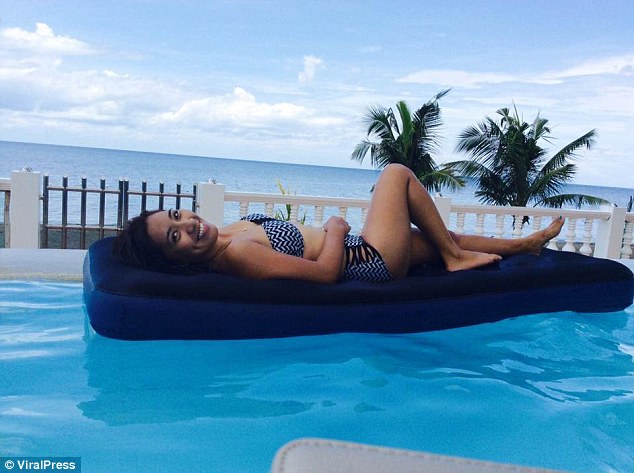 Ms Degala had almost 1,500 followers on Facebook, where she regularly posted travel snaps

‘The two suspects were arrested after elements of IPPO, the Inter-agency Council Against Trafficking, the Women and Children Protection Center in Visayas and the Pavia Municipal Police Station served a search warrant against the suspects at their house in a subdivision in Ungka 2 village, Pavia, Iloilo.’

‘No victim was found during the implementation of the search warrant. Police have recovered three laptops, four cellphones, an iPad, identification cards and other computer storage devices.’

‘We will use these as evidence for the cases that will be filed against them.’

Loffler retired to the Philippines in 2015 after working as an English teacher in China for more than five years, according to his profile on Quora.

He spent time online running a travel blog and also charging customers US$27.50 per hour for jobs on freelance website Upwork. 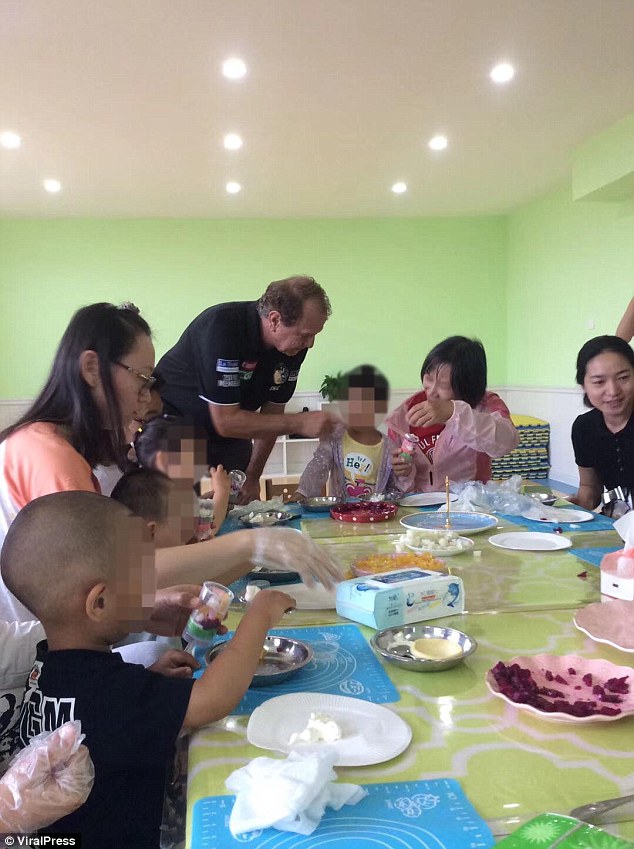 While his partner, Gladys, had almost 1,500 followers on Facebook, where she regularly posted travel snaps.

Despite their seemingly respectable appearance, the couple are alleged to have led a double-life that involved exploiting and abusing children.

Superintendent Tayaba said officers used an undercover policeman posing as a customer to snare the couple.

He added: ‘Loffler came to Iloilo City sometime in 2015 and started his illegal business on cyber pornography with his partner.’

‘The suspects are engaged in recruiting minors and encouraging them to have their naked photos taken. Then they will send it to their clients who are also foreigners.’ 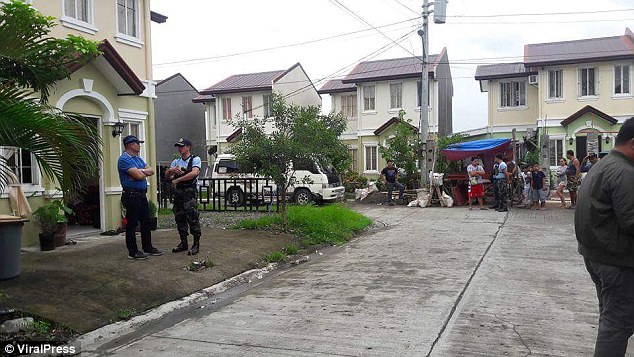 Following an extensive investigation, the couple have now been detained in custody while officers piece together the business model and information they have obtained

Tayaba said that in their initial interview, the suspects claimed that they have already victimized about 10 female minors, aged 13-16.

One of the suspects’ alleged victims, a 17-year-old boy, is now in the care of social workers from IJM and the Philippines Department of Social Welfare.

The search for other alleged victims is ongoing.

The operation to arrest the couple was supported by the International Justice Mission.

John Tanagho, IJM’s Field Office Director in Cebu, Philippines, praised the police. He said: ‘The two suspects exchanged dozens of sexually explicit videos and images of children, receiving payments from online customers. Their victims are believed to be as young as 12 years old.’ 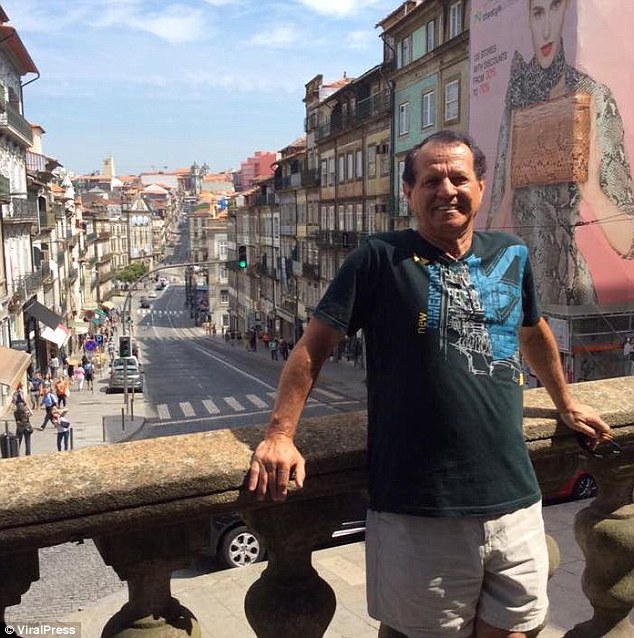 ‘Some individuals think they can get away with exploiting Filipino children and selling sexually explicit materials of children online.’

‘Maybe to them, the Filipino child is not worthy of respect and dignity, but simply a means to make easy money.’

‘But law enforcement in the Philippines is relentlessly pursuing investigations against online traffickers and rescuing their victims as quickly as possible.’

‘Thanks to the diligent coordinated efforts of six government agencies, led by the WCPC, both suspects arrested today are now behind bars while police ready serious criminal charges.’

He said: ‘Let us be vigilant. Stand up and fight with us against crimes victimizing women and children. Report cyber-crimes to the nearest police station. Our campaign against crime will only succeed with your help.’