A retired couple could lose their £650,000 home after a disagreement with a neighbour over a privet hedge.

Grandparents Ron and Wendy Long were left devastated after they discovered workmen chopping down a hedge between their home and their neighbour’s home in Dorset.

Ron 71, and Wendy 62, were taken to court by Diana Lambeth despite Ron having claimed fence posts which they half installed were on his land, and having asked her to consult with him on the renovation plans.

Mrs Lambeth pursued an injunction against the couple in order to stop them interfering with the hedge and an independent expert decided the boundary was in the middle of the old hedge – and the Longs agreed in a bid to end the matter to avoid legal costs.

The Longs represented themselves in court, and the judge ordered that Ron and Wendy pay Mrs Lambeth’s court costs of £13,792.

Without the funds to pay the costs, the couple were once again summoned to court and a charge has now been placed on their three-bedroom property.

Last month they were told Mrs Lambeth intends to take them to court for an order of possession and sale of their home. 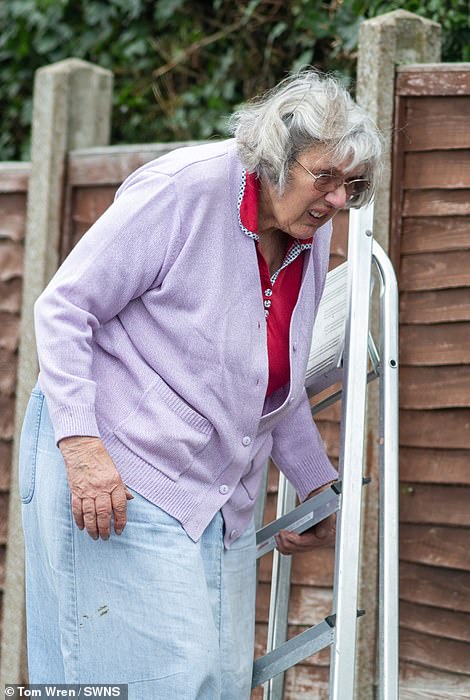 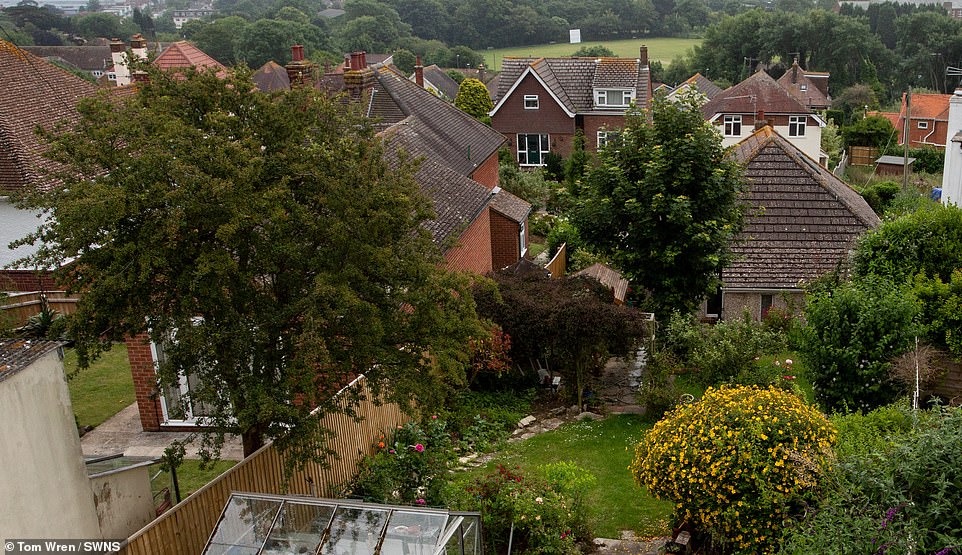 Ron and Wendy were left devastated after workers chopped down a hedge between their house (left) and Mrs Lambeth’s house (right). The hedge has now been replaced with fence posts (as seen above) 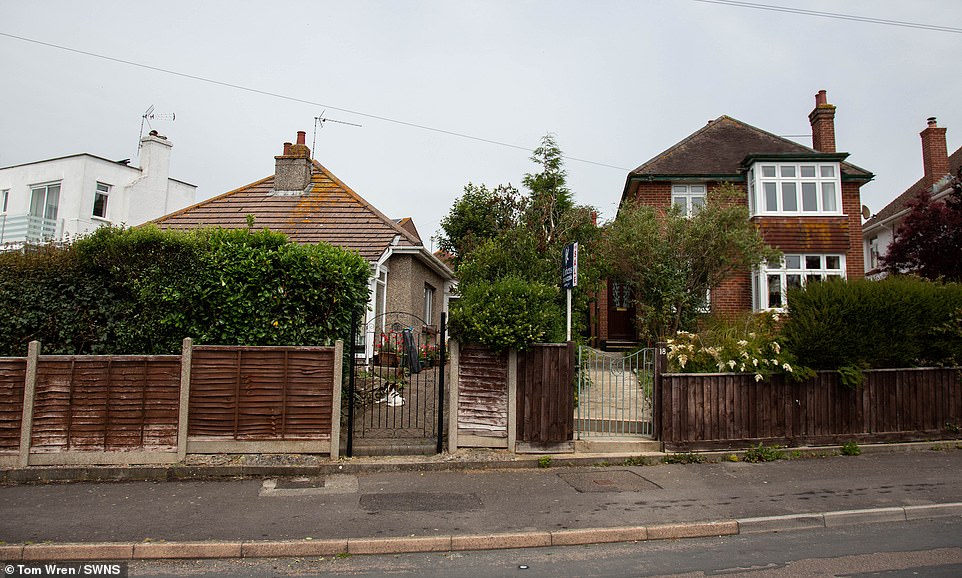 Ron and Wendy’s home is on the right, Diana’s on the left. Ron and Wendy originally represented themselves in court in order to avoid costs 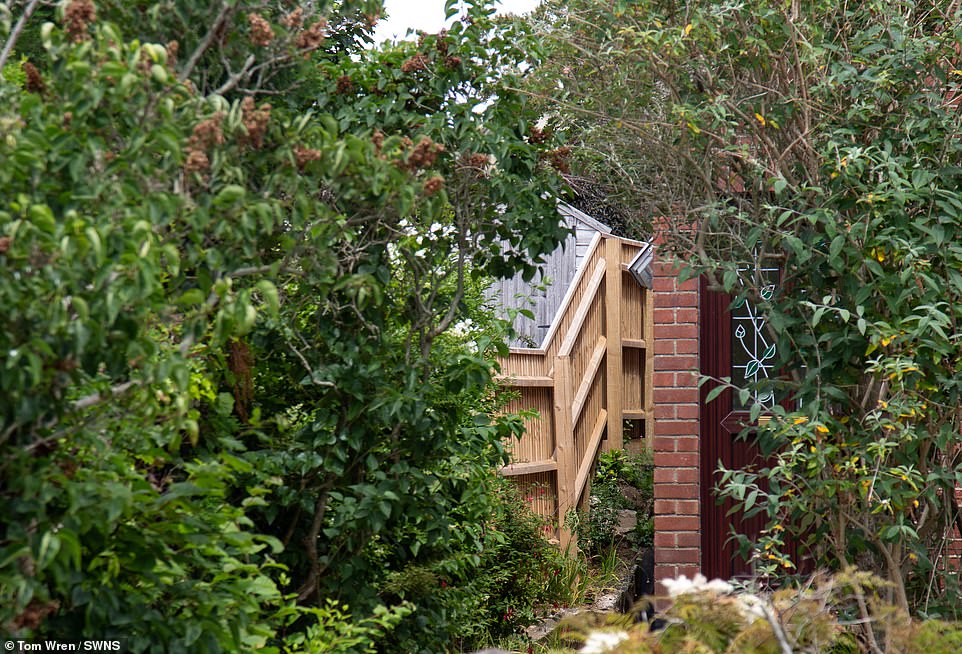 Mr Lambeth’s lawyers have warned Ron and Wendy that they’ll also ask the judge to make the couple pay the legal costs incurred.

Retired flooring contractor Ron claimed the couple had broken no laws and that they followed all the advice they could find.

‘Yet we find ourselves in this situation’ he said.

‘When you say all this is over a garden fence, people can’t believe it. I’m not out to get revenge. I don’t want to give my neighbour grief. 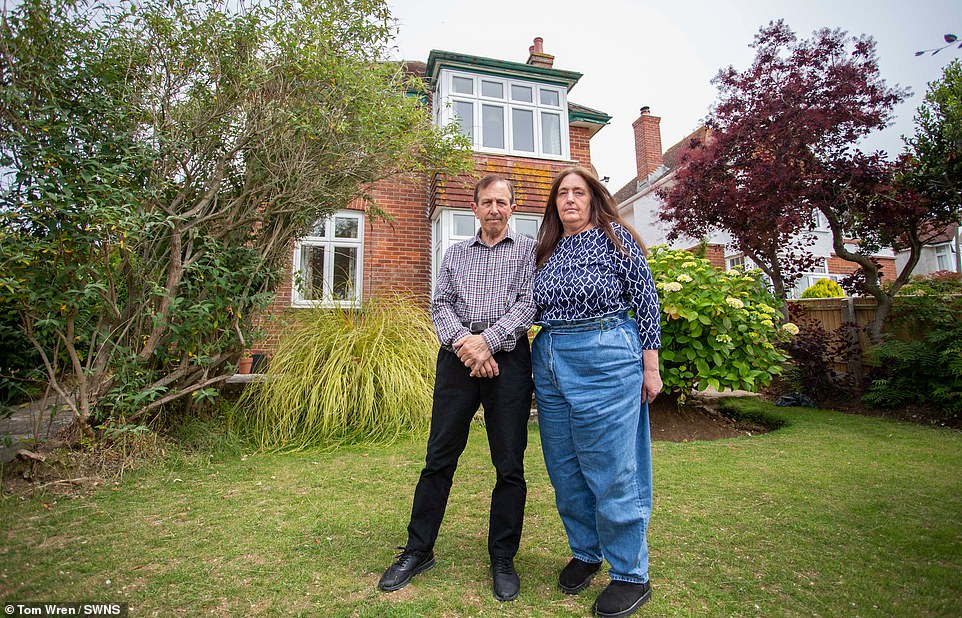 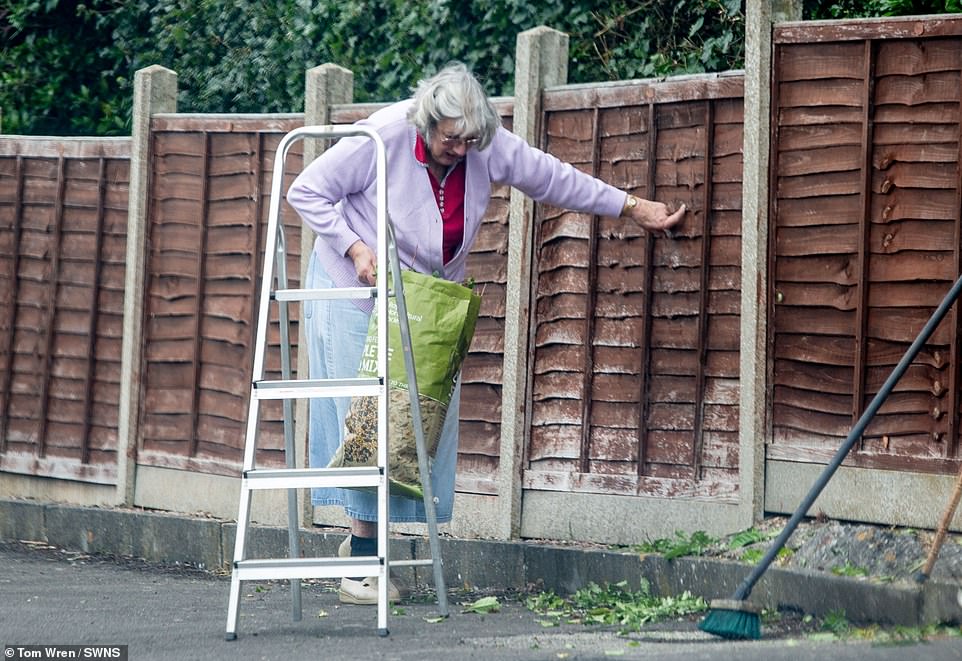 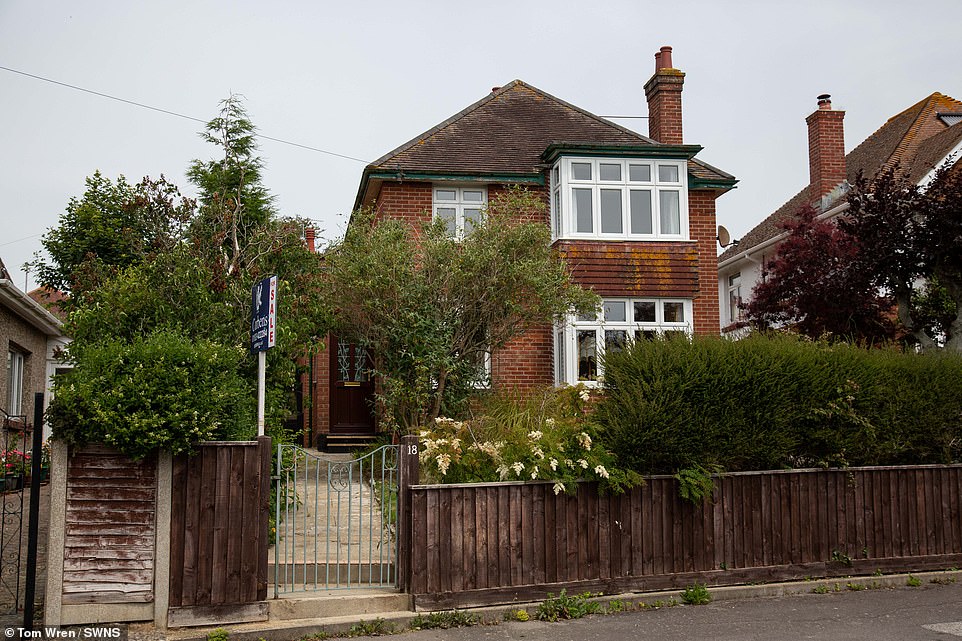 Ron, who was self employed before retiring, said he purchased the property (pictured above) and managed to keep hold of it despite dire economic conditions 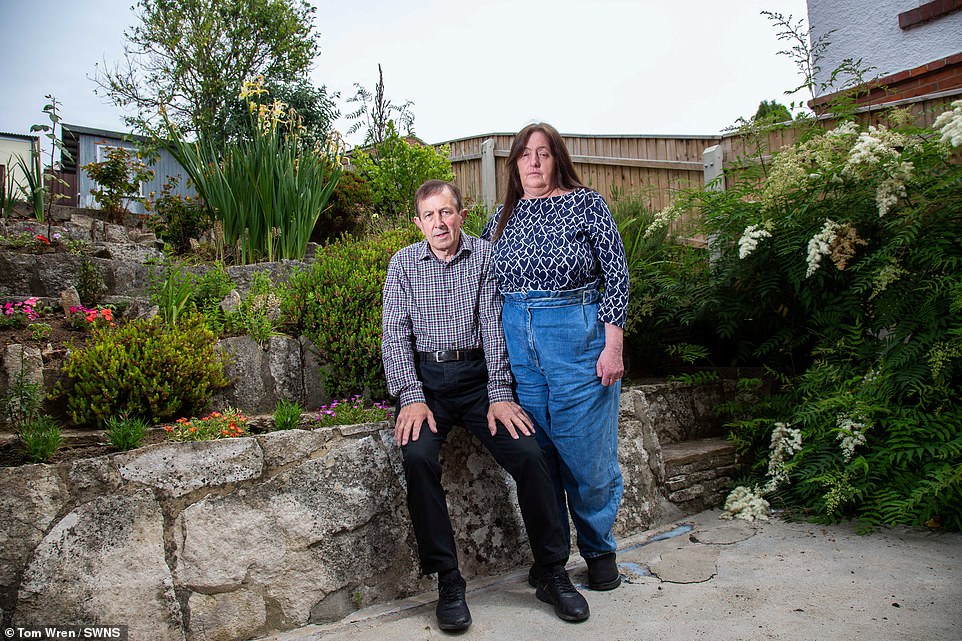 He added that he wanted to make people aware of what can happen when solicitors get involved and situation escalate to court.

‘All I want is some help to bring this to a close. We don’t want someone else to sell our home.

‘We feel like we have been stepped all over and nobody has heard our side of things.’

Ron and Wendy, a housewife, purchased their three-bed home in 2001.

On friendly terms with neighbour Mrs Lambeth, keen gardener Ron happily maintained his side of the hedge between their homes, he said.

But he came home in May 2015 from a morning out to find three workmen in his garden, he claims.

He claimed they had cut down half the hedge and piled it in the middle of his garden and were replacing it with fence posts, some of which he said were on his side.

‘I hadn’t given permission for anyone to come on my garden.

‘There were great big roots left. Instead of the new fence posts being straight, they were taking the posts around the roots. It looked a mess. 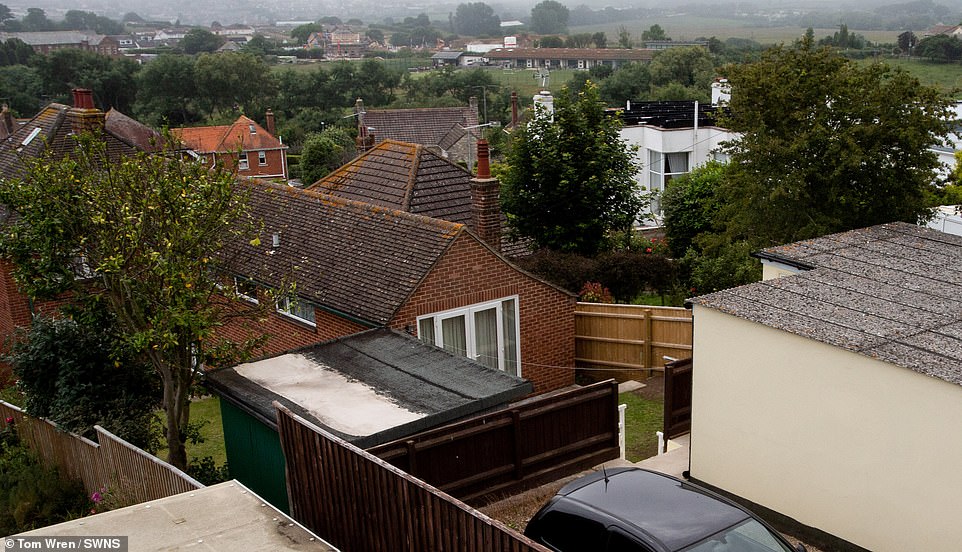 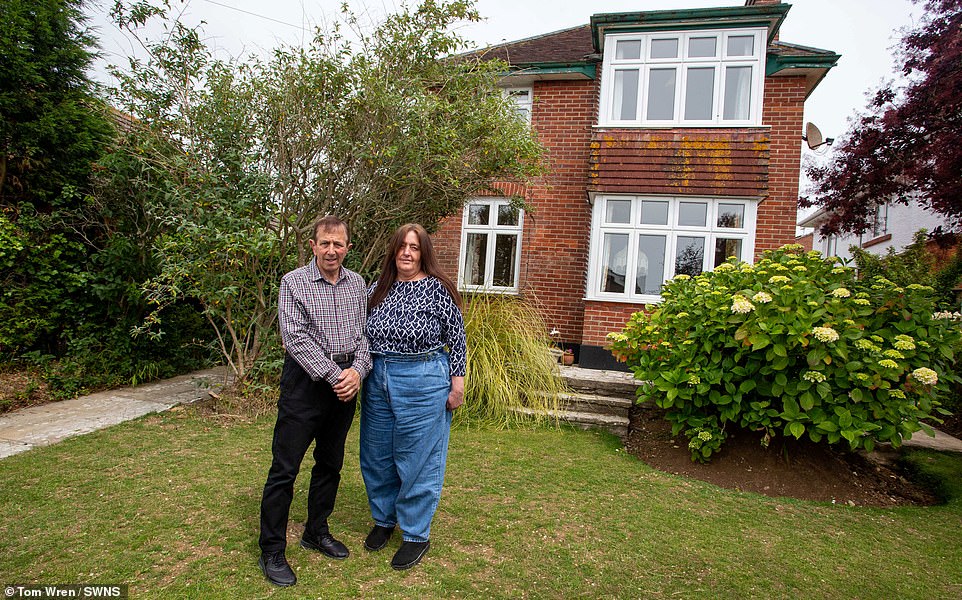 The Longs (above) tried to sort the dispute outside of court as they understood that huge legal costs would ensue, which was also why they represented themselves in the case 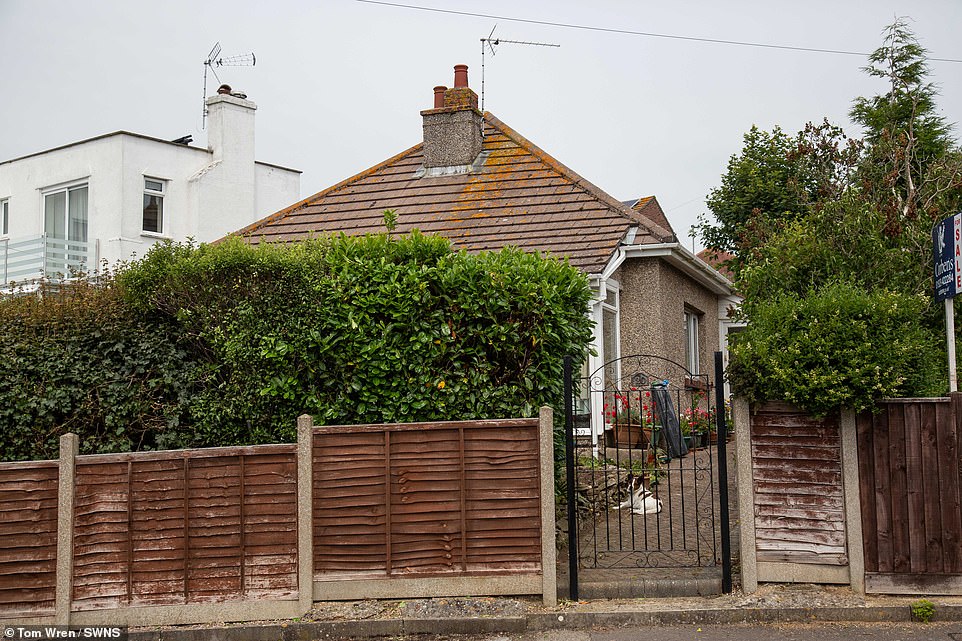 ‘I’m fond of gardening and I like it to look neat and tidy. And if she was putting up a fence to keep her dog in, it wasn’t the right sort of fence to do that anyway.

‘It was only a metre high. I told them to stop.’

He went inside, did some research online and penned a letter to his neighbour, telling her they should have been consulted on the fence location.

He said the new fence posts were on his property, but apologised for the letter, assuring his neighbour ‘we hope we can resolve this amicably’.

But in the coming weeks, the Longs woke up to find someone had removed the rest of the fence while they were asleep.

He sent her another letter urging her to ‘sort this out in a civilised fashion’.

But after months of letters, the couple were named as the defendants in a County Court ‘boundary dispute’ claim.

According to court documents from June 2017, Mrs Lambeth claimed they were preventing her from putting a fence up.

She asked the court to seek a declaration of the boundary, an injunction stopping the Longs from obstructing the fence building, going on her property, or altering any fence.

The Longs claim the judge urged them to sort the case outside of court.

Fearful and unable to afford a solicitor, they said they agreed in court to the fence, in May 2018.

Ron said they didn’t want it to go as far as it had and added: ‘But their solicitor just took over. Every time I tried to say anything I got told to sit down. We just didn’t have a chance.

They were astonished when the judge ordered all the claimants costs – £13,792.65 – were to be covered by them.

‘They hired a solicitor and they hired an expert, but in this very brief hearing it’s ordered that we have to pay for it all,’ he said.

‘Their solicitor presented this huge bundle of paperwork and we were handed the bill.’

The couple were unable to pay in full and the charge was transferred to their home in November last year.

The couple were already selling their home before the saga started, but took it off the market when the dispute went to court.

With it back on the market, they thought the ordeal was behind them.

‘We thought we’d have to pay back the money when we sold the house,’ he said.

‘We had a brief moment of calm and thought it was all over.’

But on June 14 this year they received a legal letter from their neighbour’s solicitors.

It states they have been instructed to apply to the court for an order for possession and sale of the Long’s home, in order to enforce the court’s charging order for the debt.

The Longs said they can’t get a loan due to the CCJ they incurred by not paying the costs on time.

They said they haven’t been able to get help from the Citizens Advice Bureau and solicitors have been reluctant to take on the case.

Ron said that the house serves as his pension and that he managed to hold onto the property despite rising costs and interest rates.

‘For someone to take possession of it, it’s devastating.

‘I’ve pleaded for more time. It’s one thing putting your house on the market, but it’s another finding a buyer. I just want our lives back. We’re under a hell of a lot of pressure.

‘I keep saying to everyone this is about a garden fence. We gave in. We wanted to keep it amicable. We wanted it to end but it still continued.

‘I don’t want anyone to go through what we did. We want help, but just can’t find it.’

Wendy added: ‘We’re exhausted. I think about it every day. I wake up every day and I feel sick – I think it’s the stress.

‘We thought this would be a nice place to retire and relax. But it just hasn’t been anything like that.’