Retired doctor, 76, accused of an ‘historical allegation’ killed himself 24 hours after the case was dropped – but police DIDN’T tell him he was in the clear

A retired doctor accused of historic allegations was not told the police investigation had been dropped and committed suicide 24 hours later, an inquest heard.

Dr Peter Betts suffered severe anxiety during the investigation and became so troubled people would hear about the unproven allegations he took his own life.

The 76-year-old respected paediatrician was found in the garden of his village home, with stab wounds to his chest and heart.

An inquest heard 24 hours before Dr Betts’ death police dropped the investigation – but could not inform him for a week due to official process guidelines.

Dr Peter Betts, a 76-year-old respected paediatrician was found in the garden of his village home, with stab wounds to his chest and heart

At the hearing the doctor’s family revealed how his mental health ‘deteriorated rapidly’ during the month-long investigation into unnamed allegations.

Dr Betts was found dead in the garden of his home in quiet Compton, near Winchester, Hants, on October 14 last year, having been interviewed a month before in September.

At Winchester Coroner’s Court, his son, Dr Timothy Betts, said: ‘Retired for 14 years, he was an extremely well-respected paediatrician and a great father.

‘We tried to tell him that he shouldn’t be worried about the allegation but he got more and more stressed.

‘It was against his entire nature and career, and the whole allegation process was a horror for him.

‘His worry was that, although he hadn’t done anything wrong, the accusation would get out on social media and in the press.

‘In the end he wasn’t himself and his thinking went from rational to irrational.’

Detective Sergeant Andrew Hawkins, of Hampshire Constabulary, who worked on the investigation, said the decision not to inform Dr Betts of the decision was due to official process guidelines.

General Practitioner Dr Mark Roberts said that Dr Betts’ had been contemplating suicide in the days before his death.

He added: ‘He told me that he felt like a metal coil that could go ‘ping’ at any time.’

Today Hampshire Constabulary said Dr Betts was not informed as the force was in the process of informing the complainant that the case had been dropped.

The decision was made on October 13, a day before Dr Betts’ death. 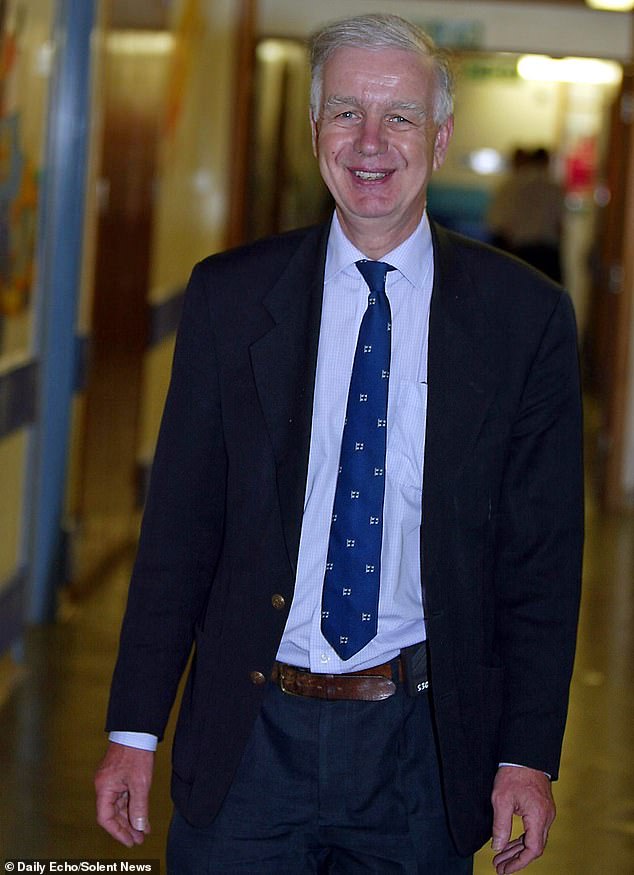 A Hampshire Constabulary spokesman said: ‘We investigated Dr Betts about a non-recent allegation and the outcome was to take no further action against him.

‘This decision took place shortly before his death and the complainant was in the process of being informed.’

Dr Betts started his career splitting time between Royal Hampshire County Hospital in Winchester and Southampton General Hospital, Hants, before moving to the latter permanently in 1989.

At the time of his death dozens of tributes poured in from former colleagues, patients and friends.

‘He also established a centre of excellence in paediatric endocrinology and diabetes and was recognised nationally and internationally for his skills and expertise.

‘He will be well to known to many staff members and impacted massively on many children and their families.

‘He was a gifted teacher and mentor and was loved by everyone.’