Retro pictures show McDonald’s restaurants from he 80s and 90s

Throwback to the Mac! Retro pictures reveal McDonald’s was VERY different in the ’80s and ’90s with burger seats, pizza on the menu and even branded ashtrays

Photographs of McDonald’s restaurants and merchandise from the 1980s and 1990s have emerged online – showing items such as food-shaped chairs to Disney plates and even branded ashtrays,

The fast food chain’s first branch was opened in 1955 in the US – and it’s still exceedingly popular today.

But these pictures prove just how much the firm changes year upon year – from the interior and exterior of the restaurants to the menu items and products available.

Taken from around the world and collated by Drivepedia, one image shows a McSalad Shaker, which was launched in 2000 before being replaced with premium salads three years later.

Another shows a McDonald’s ash tray, which were found in most of the brand’s eateries before the UK’s smoking ban indoors in 2007.

Not for eating! The photographs shared online include these food-shaped seats that look like burger characters 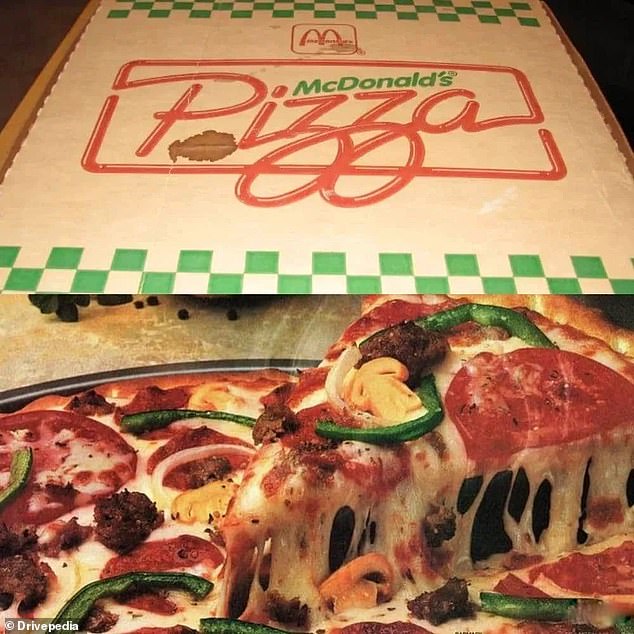 In the UK, McDonald’s introduced pizzas for a limited period in some restaurants in the mid 1990s. Three flavours were available – Cheese, Cheese & Pepperoni and the Deluxe 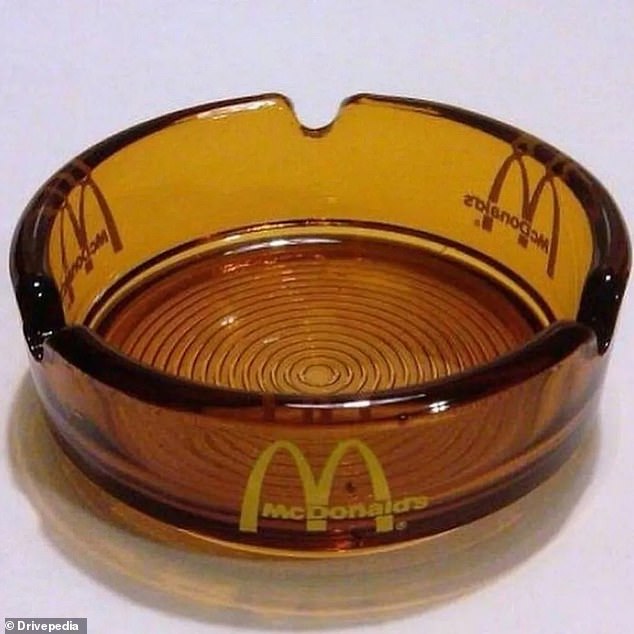 One image shows a McDonald’s ash tray, which were found in most of the brand’s eateries before the UK’s smoking ban indoors in 2007 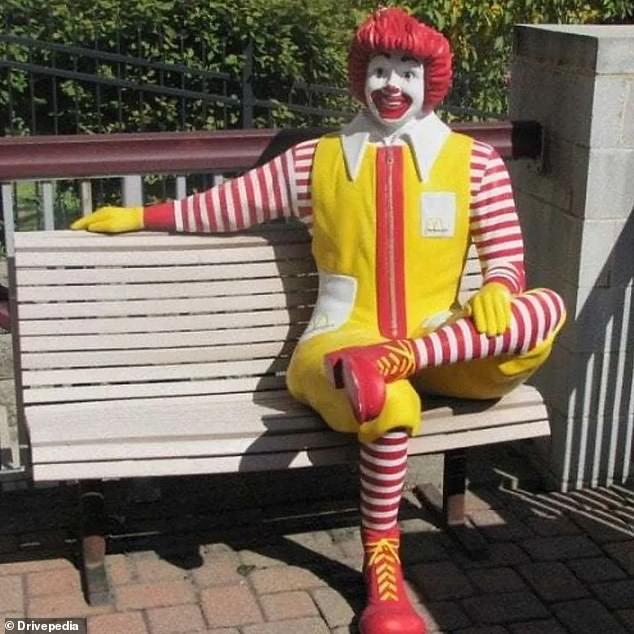 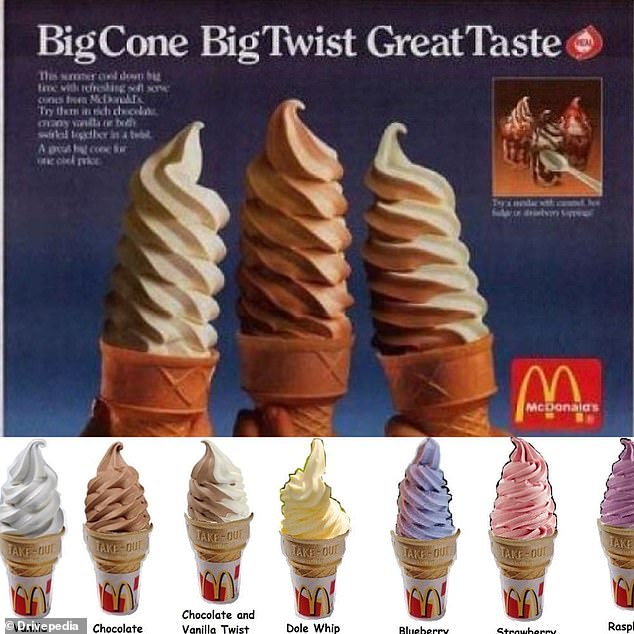 Before it was all abut the McFlurry, McDonald’s served twisty ice cream cones in flavours such as blueberry and chocolate 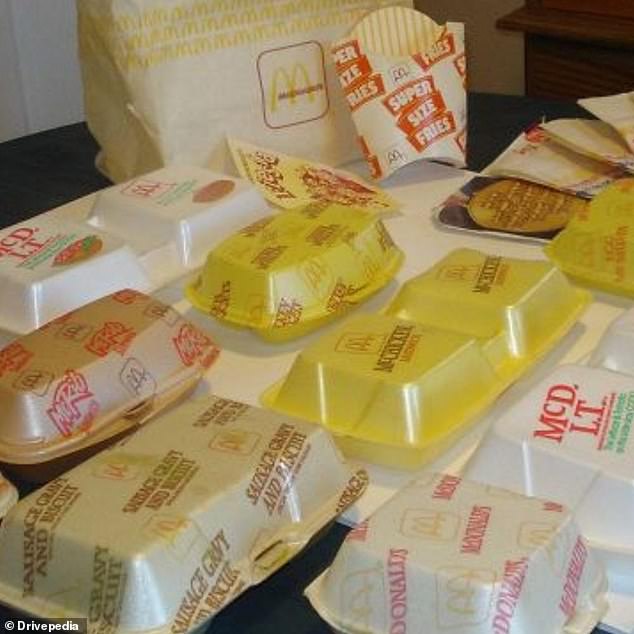 Now McDonald’s food comes in paper containers, but the packaging used to be polystyrene in the ’80s, before being phased out in the 1990s 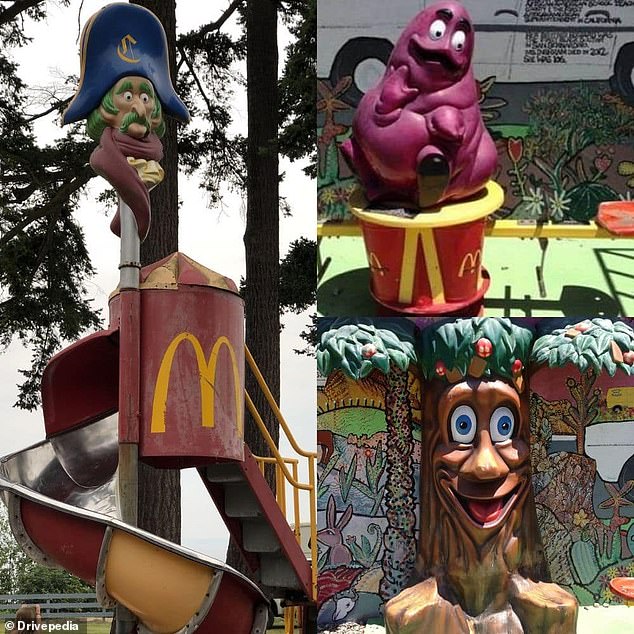 Not just fast food! McDonald’s used to be known for its playgrounds as well as its Happy Meals 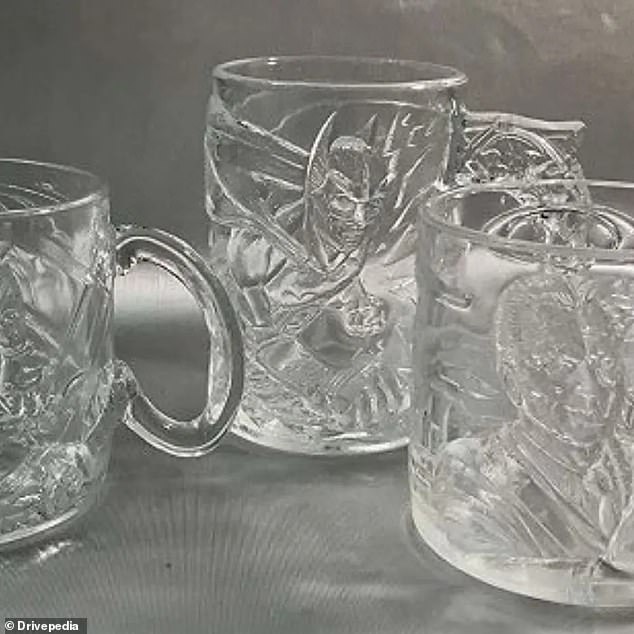 Drinking in style: Another photo shows a glass cup series from the 1995 film Batman Forever, which was available at some of the chains 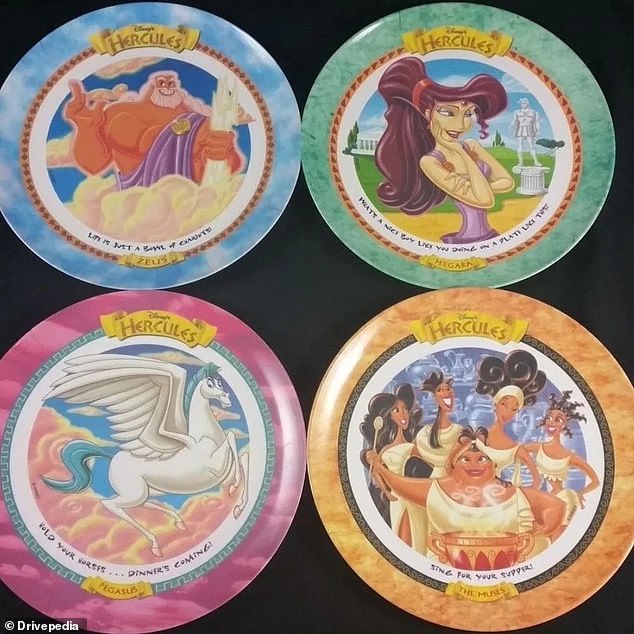 A mighty collection! Released to celebrate Disney’s 1997 film Hercules, these plates were found in Happy Meals 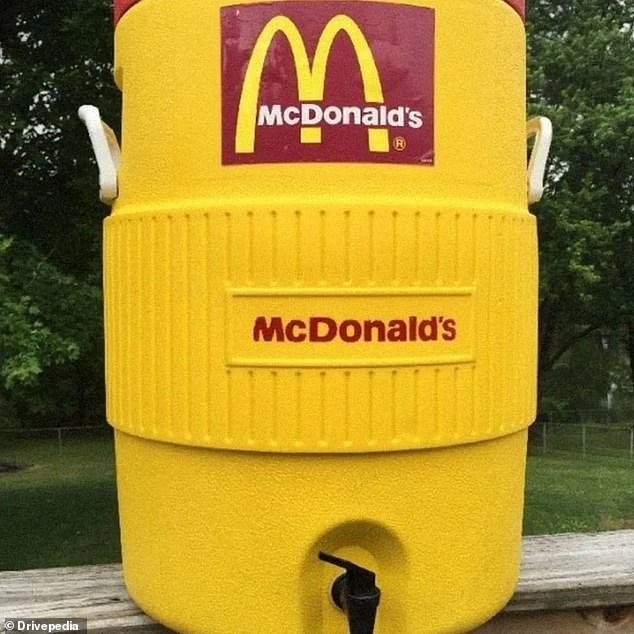 Fun, fun, fun!! Restaurants in the 1980s and 1990s were more suited for children due to the characters painted on the glass walls 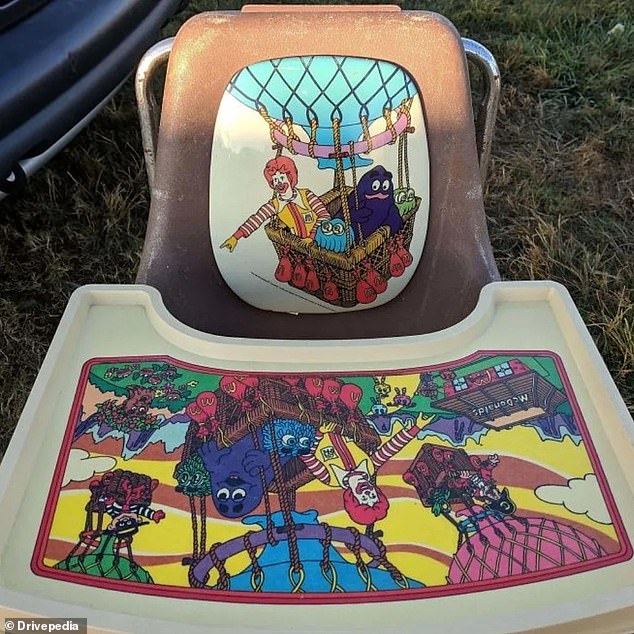 Making it bright and colourful: Baby chairs in the 1980s and 1990s featured characters from the fast-food chain to help keep children occupied 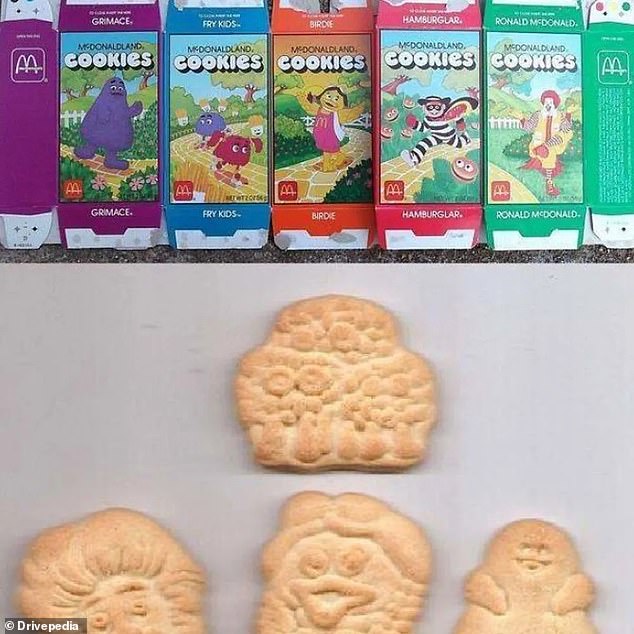 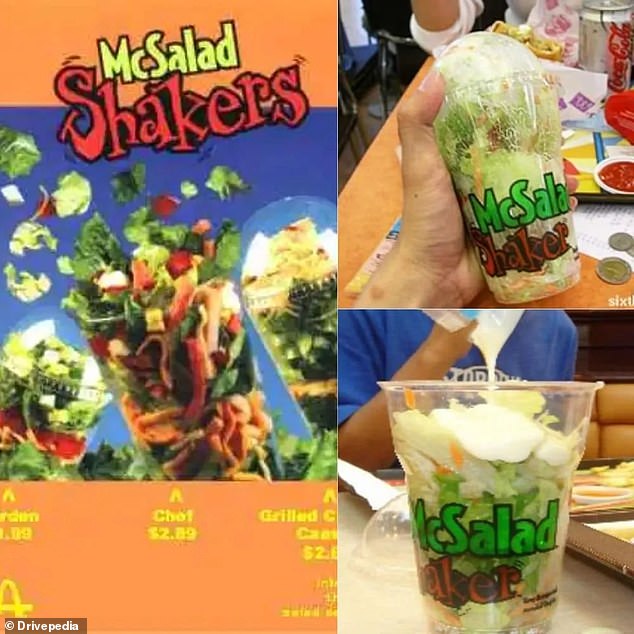 Taken from around the world and collated by Drivepedia , one image shows a McSalad Shaker, which was launched in 2000 before being replaced with premium salads three years later 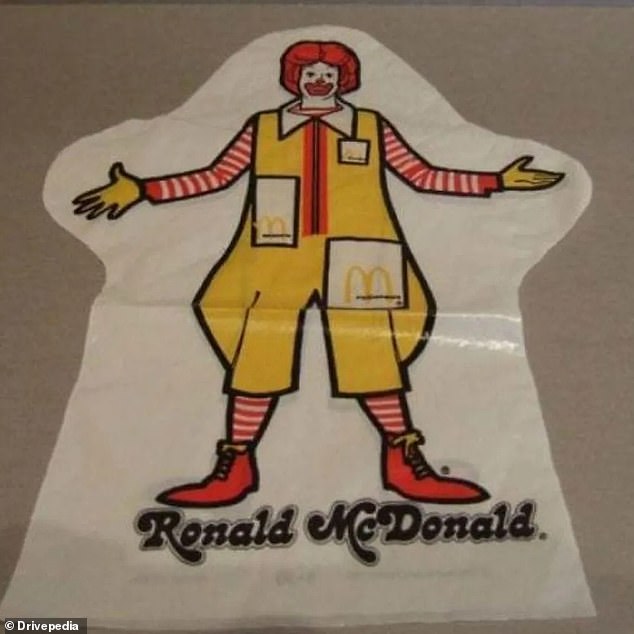 Other toys found in the Happy Meals in the 1980s and 1990s included plastic gloves, featuring Ronald McDonald