A brand new $10 note complete with high-tech security features will come into circulation on Wednesday – but some have concerns the new banknotes won’t work in vending machines.

The Reserve Bank of Australia has printed 200 million of the new $10 note which has some significant changes that would make them harder to counterfeit as well as tiny embossed bumps to aid the vision-impaired.

But betting giant Tabcorp has raised concerns that there could be a delay in distributing the new note from its automated terminals, the Sydney Morning Herald reported.

A spokesman said the company is updating its terminals to accepting the new note, but it may not be done until late October.

It comes despite reassurance that the issues that came with the release of the new $5 note last year would not occur, such as rejection from some vending machines.

But Lindsay Boulton, the RBA’s assistant governor for business services, said businesses had been given six months to prepare for the new notes.

Similar to the redesigned $5 note, the new $10 note will have a clear top-to-bottom window, a feature which the Reserve Bank says will improve security and prevent fake notes from being circulated. 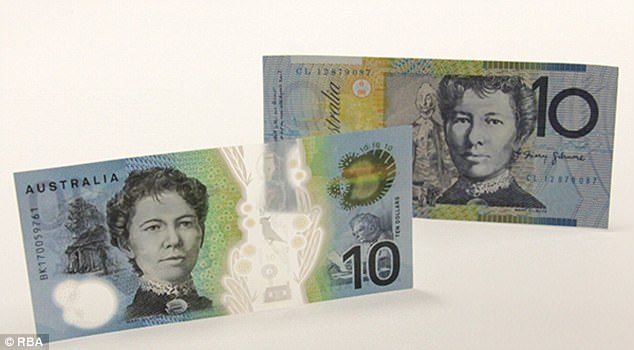 Small embossed bumps have been included on the $10 note for the first time as they are on the $5 note, with the ‘tactile’ feature helping blind people know how much money they’re spending.

Key aspects of the existing look of the $10 note have been retained, including the light blue colour, size and faces of two of Australia’s most prominent writers, Dame Mary Gilmore and AB ‘Banjo’ Paterson.

The Reserve Bank said keeping the same look was done for ‘ease of recognition and to minimise the disruption to businesses’, with the notes entering circulation on September 20.

The new note (right) has a clear window running top to bottom, unlike the old note (left) 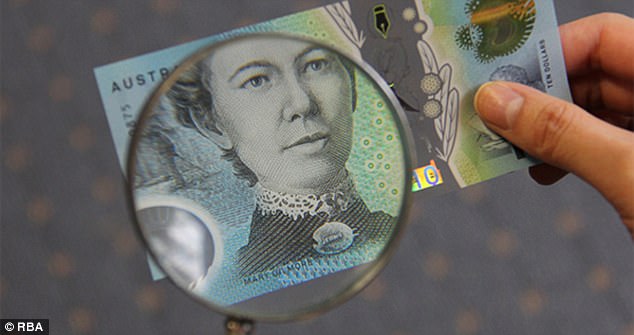 In preparing the new banknote, the Reserve Bank said it has been working with cash handlers, businesses and machine manufacturers to make sure the new notes could be used properly, including in machines that take or dispense banknotes.

But don’t go swapping out all your old $10 notes just yet – the existing notes can still be used, and all previously issued banknotes remain legal tender.

The ‘tactile’ feature first introduced on the $5 note was largely down to the determination of blind Sydney teen Connor McLeod.

He started an online petition calling for the changes as a 12-year-old. 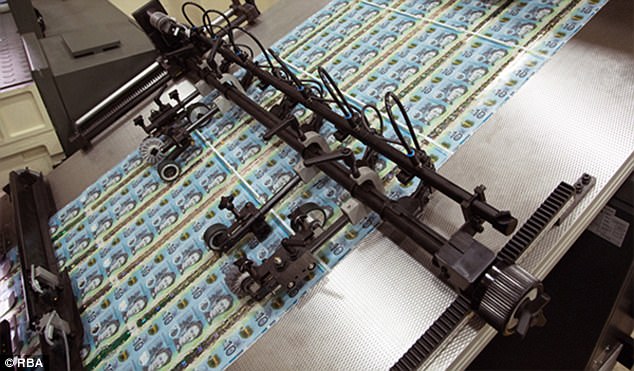