Revealed: How spas turn away patients most in need of a healing hand

Having recovered from breast cancer once, to be told earlier this year that it had returned, Liz O’Riordan understandably felt in need of some relaxation and distraction.

So when her oncologist suggested that Liz, herself a breast cancer surgeon, should book in for massages at the end of each three-week cycle of chemotherapy, she was keen to follow through with the advice.

What she did not expect was the response she received from her local beauty salon.

‘The moment I mentioned I was having cancer treatment, I was turned away,’ says Liz, 43, who is married to Dermot, 56, a general surgeon, and works at Ipswich Hospital.

‘I felt outcast, that there was something wrong with me. It was horrific.’

What’s the risk? Many health spas cite insurance limitations and fears that any massage or treatment could potentially spread the cancer further around the body

Earlier this year Jo Mackie, an employment lawyer, announced that she was taking legal action against Center Parcs after visiting its Longleat Forest village to celebrate her birthday, only to be turned away from the spa as she had recently had breast cancer treatment.

Indeed, about 70 per cent of spas are believed to have policies banning staff from giving cancer patients common treatments such as facials and massages, citing insurance limitations and fears that massage can cause cancer to spread, or return — despite there being no evidence for this.

‘It’s junk science,’ says Professor Kefah Mokbel, director of breast surgery at the London Breast Institute. ‘There is no evidence that it can do you any harm. In fact, it can often do you some good because it makes you feel better.

‘Studies have shown that massage in cancer patients can reduce pain, fatigue, nausea and anxiety, and improve sleep, mental wellbeing and range of movement.’

Indeed, one study, published in the Journal of Alternative and Complementary Medicine in 2013, found that massages not only improved quality of life for patients with advanced cancer, but also reduced pain and improved sleep.

The researchers had compared patients who’d had massages with those who hadn’t — only the massage group showed improvement. Yet some therapists continue to be concerned about treating those who have recently had surgery or chemotherapy, or who are on a cocktail of medication. One survey found that 97 per cent of UK spas said they would not treat a cancer patient, even with a doctor’s note saying a massage would pose no health risks. 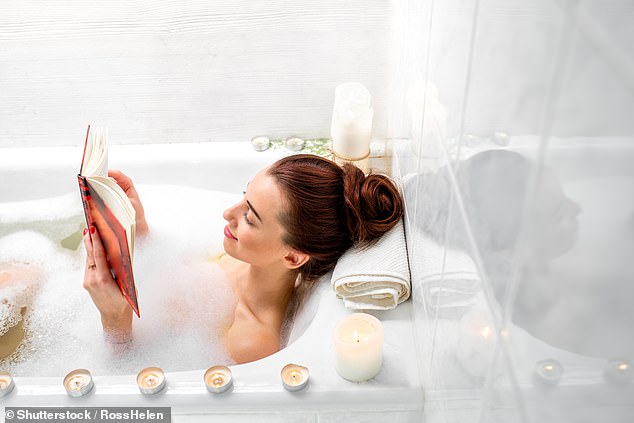 Help: One study, published in the Journal of Alternative and Complementary Medicine in 2013, found that massages improve quality of life for patients with advanced cancer

‘The climate is brutal,’ says Michelle Hammond, founder of tpot, an organisation that educates therapists in massage for cancer patients. ‘Cancer patients are treated like lepers, when that’s the last thing they need.’

She has even heard of one woman who was refused a facial because she had recently had a mastectomy, and says: ‘Some women are now lying about their medical history for fear of being humiliated or turned away.’

It is not simply the spas themselves that are to blame.

Dr Davina Deniszczyc, a GP and primary care medical director at Nuffield Health, says doctors are sometimes reluctant to sign a letter authorising a cancer patient to have a massage.

‘For basic treatments such as pedicures I’ll recommend that they go ahead, but for deep tissue massage or other treatments it’s not so simple,’ she says.

As Dany Bell, a specialist adviser for treatment and recovery at Macmillan Cancer Support, explains: ‘Although there is no evidence to suggest that spa treatments are harmful, therapists working with cancer patients should be trained with some knowledge of cancer.’

That’s because chemotherapy and radiotherapy can make the skin more sensitive, and in breast cancer patients who have had lymph glands removed, pressure in those areas can increase the risk of lymphoedema — swelling due to a malfunction of the lymphatic system.

Furthermore, essential oils such as tea tree can irritate the skin after cancer treatment. Chemotherapy and radiotherapy can also cause the skin to become itchy and sore, while nails and skin on the palms of the hands and soles of the feet may crack, creating a potential risk of infection.

This can make the therapist wary but does not mean that a patient cannot continue to have treatment, she says.

The climate does appear to be changing at last, though, with some spas even giving special offers to cancer patients. Nuffield Health, for example, now offers special spa treatments to cancer patients at ten sites around the country.

For Liz, who is still undergoing cancer treatment, change can’t come quickly enough. ‘It’s hard to put into words that feeling of rejection,’ she says. ‘Maintaining a positive outlook during cancer treatment can make all the difference, and these knockbacks can be devastating.’