‘You’re drinking what’s in the toilet!’ Extraordinary revelation about in-demand hoses that flew off the shelves at the height of loo roll shortage

Australians who installed hoses and bidets at the height of the loo roll shortage may be drinking toilet water and spreading infectious diseases, an expert has warned.

Coroanvirus-fearing stockpilers have left supermarket shelves void of toilet paper since early March due to concerns supplies would run dry amid the pandemic.

The shortage forced many to look for alternative options, including DIY bidets and toilet hoses.

But a plumbing expert said people who install the fittings themselves run the risk of contaminating their drinking water supply through ‘back siphonage’.

Back siphonage is when water from the toilet bowl goes back into the water supply. 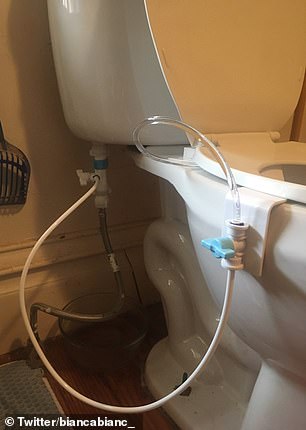 Examples of DIY bidets and toilet hoses. A plumber has warned that installing these fittings without an expert could have dire consequences

‘Once that water’s turned back on, you’re drinking what’s in the toilet,’ CEO of Western Australia’s Master Plumbers and Gasfitters Association Murray Thomas told 7 News.

‘The plumbing industry is just all over it trying to stop any of that happening because if it happens you can end up with an outbreak of disease.’

The risks of drinking polluted water include serious illness and in extreme cases death.

Bunnings sold out of toilet hoses in early March with a backlog of 700 orders.

The cheapest fittings were the first to go.

Mr Murray explained the more affordable products often don’t have the WaterMarked Certification Scheme and haven’t been tested in Australia. 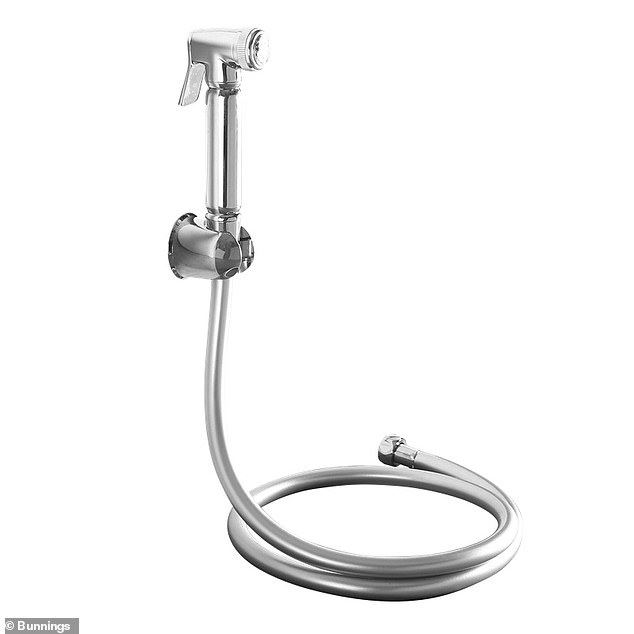 An example of a toilet hose sold at Bunnings. Hoses should be installed by a plumber, according to Australian regulations

Hose and bidet fittings also require a device which costs $500 when installed by a plumber.

But many home renovators chose to save the money and do it themselves – which is illegal.

Earlier this month, the ACCC issued a warning against DIY bidet and hose installations.

While toilet paper is slowly returning to supermarket shelves, major retailers are still enforcing a one-pack limit per person.