Reveller, 19, dies and others left in a critical condition after ‘overdosing’ at a rave attended by 18,000 – as woman, 18, is arrested for carrying hundreds of MDMA pills in her BODY

A young man is dead and three others are fighting for life after a dance party in Homebush, Sydney

A 19-year-old man is dead and three others are critically ill after a dance party in Homebush on Saturday night.

The teenager, from Baulkham Hills, was found in a ‘distressed state’ at the train station, and rushed to hospital just before 1.30am.

He died little more than three hours later at Concord Hospital, at 4.30am.

Two women, 19 and 25, and another man, who has not been identified, were taken to Westmead Hospital and are also believed to have overdosed. All three are in critical, but stable conditions.

A further 13 people were hospitalised following the event, while 130 people had to seek medical treatment during the ‘Knockout Games of Destiny’ party.

The event was marketed as the ‘biggest indoor festival in the southern hemisphere’, and was attended by 18,000 people.

A statement from NSW Police said 62 people were found in possession of drugs at the event, including an 18-year-old girl who allegedly had 390 MDMA capsules ‘internally concealed’ inside her body.

The teenage girl was charged with supply prohibited drug and will appear at Burwood Local Court on January 10. 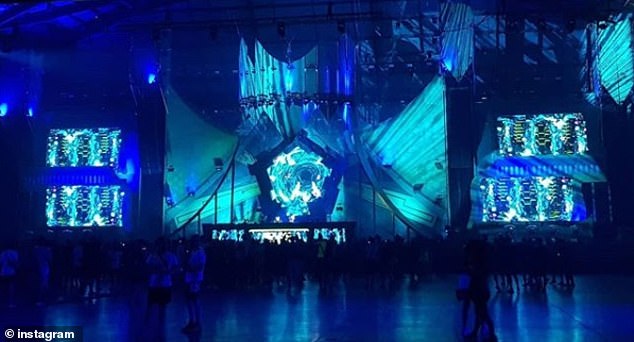 The party, attended by 18,000 on Saturday, ended in tragedy, with a 19-year-old man dying of a suspected overdose and three others, including two women aged 19 and 25, left in a critical condition for the same reason

A 25-year-old man was allegedly found carrying 145 MDMA capsules, and was also charged with supply prohibited drug and possess prohibited drug. He will face court on Sunday.

Three others were also charged with drug offences.

‘Police and emergency services continue to send warning messages about illegal drugs, and many festival-goers are choosing to ignore them,’ he said.

‘There is no acceptable use for drugs – the message is clear. We will continue to have a strong presence at festivals and dance parties with the wellbeing and safety of attendees our number one priority’.

Police are asking anyone with information about the 19-year-old’s death to come forward.

Daily Mail Australia is not suggesting those pictured at the event above are in any way related to the supply. 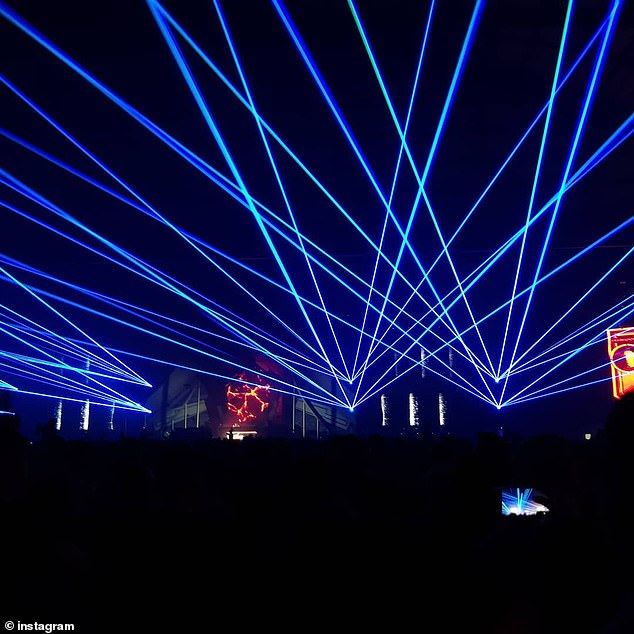