It’s all kicking off! Revellers start the four-day Easter weekend with a bang – but it looks like it won’t be such a Good Friday for some

Jubilant revellers kicked off the four-day Easter weekend with a bang and celebrated into the early hours of this morning.

Party-goers descended on pubs and clubs in Sydney’s city centre to let their hair down to begin the extended break from work, with some appearing to take the celebrations a little too far.

One man who was a little unsteady on his feet had to be hoisted up by a male friend after he appeared to collapse on the ground in a heap.

Unable to maneuver himself into a nearby taxi, he was later seen being helped along by a companion.

Meanwhile others took the opportunity to ditch their usual Friday attire and instead donned fancy dress outfits for their evening on the tiles.

Others were undeterred by the cooler Autumn conditions and braved the colder weather in some skimpy skin-baring outfits.

Later into the night many disheveled revellers were spotted slumped on the sidewalk and congregating on the street as they made their way home from their heavy night.

One man, who was clearly tired after his evening out, was seen taking a quick power nap on the side of the street.

Unable to maneuver himself into a nearby taxi, the man was seen being helped along by a companion who hauled him over to the car 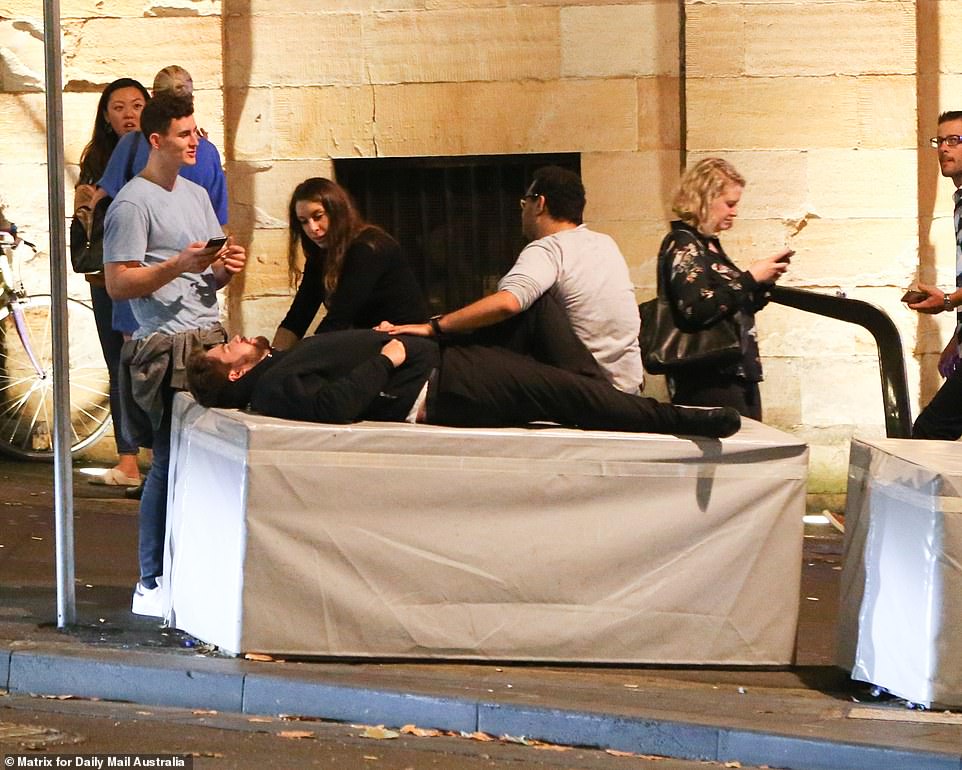 One man, who was clearly tired after his evening out, was seen taking a nap on the side of the street while his friend’s sat nearby 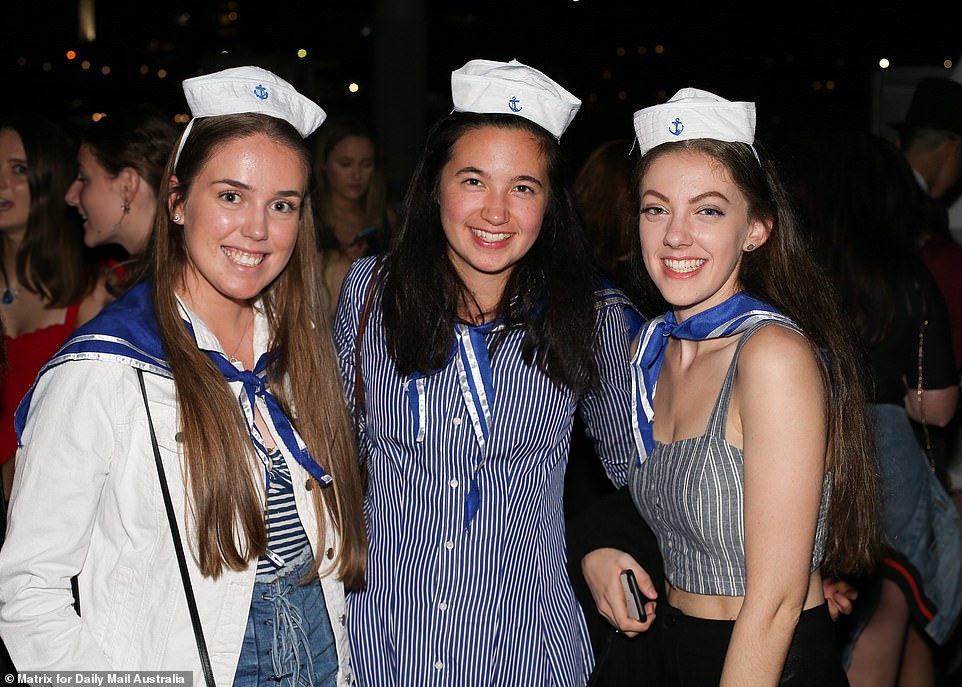 Three girls made the most of the long weekend and opted to wear sailor inspired outfits, complete with sailor caps 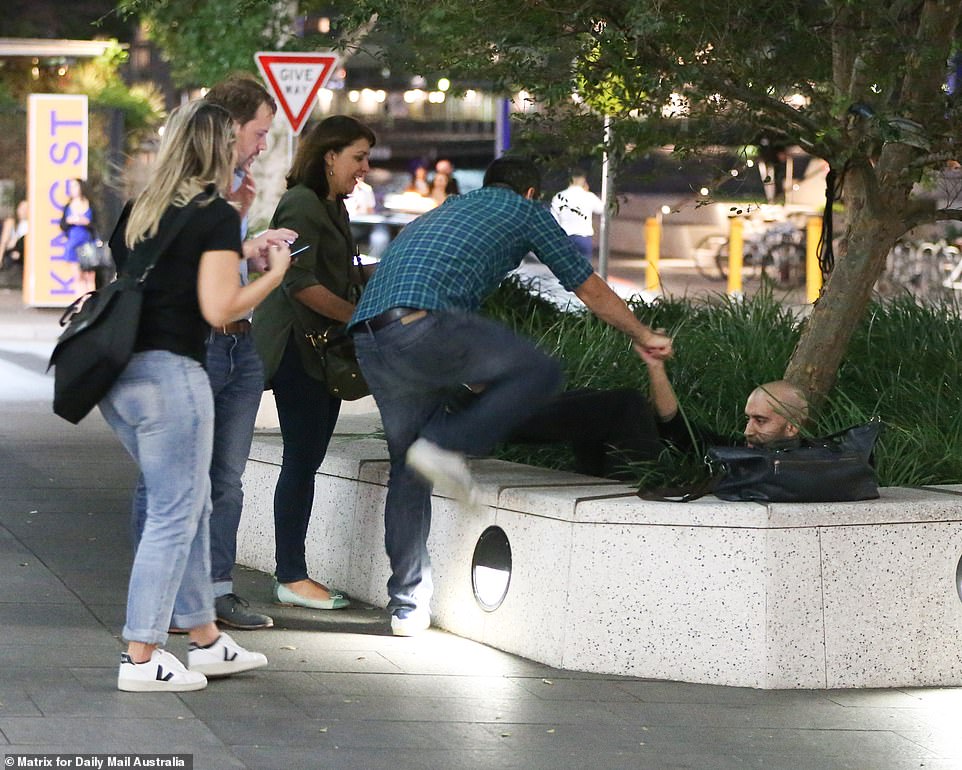 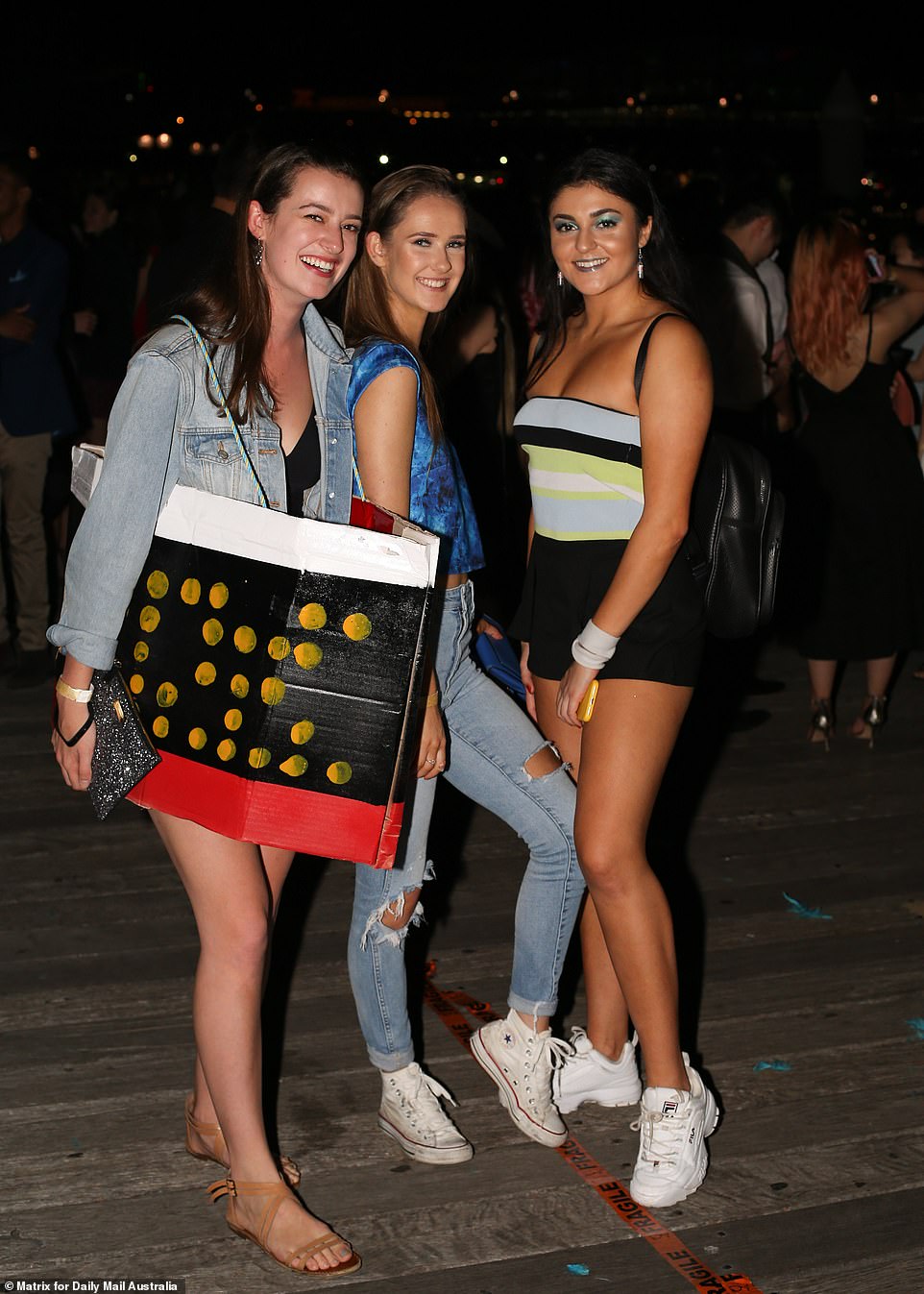 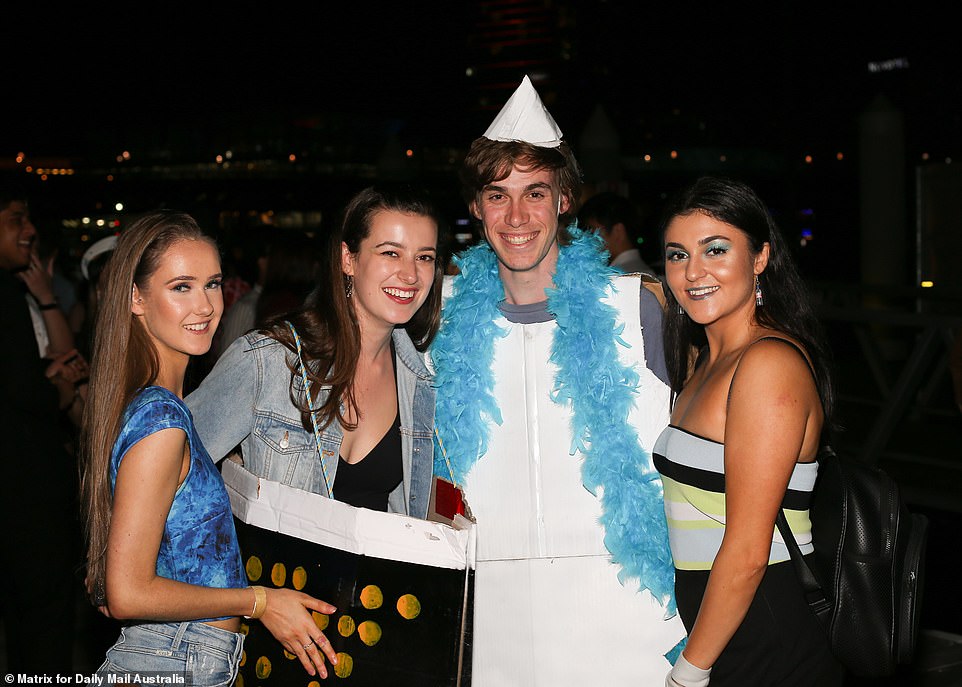 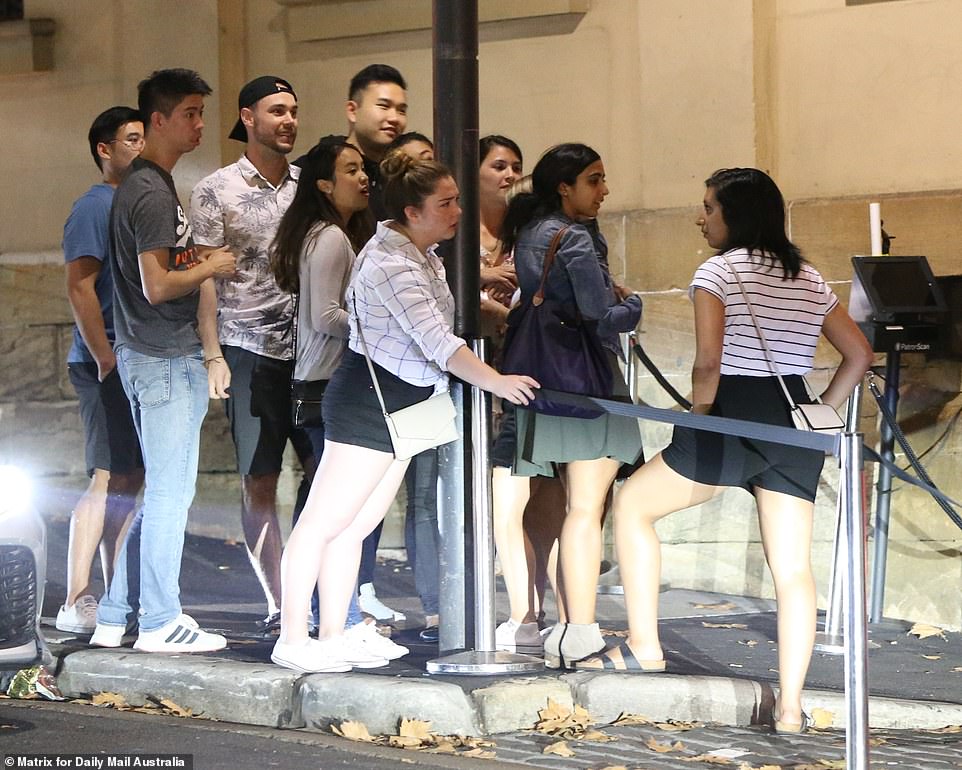 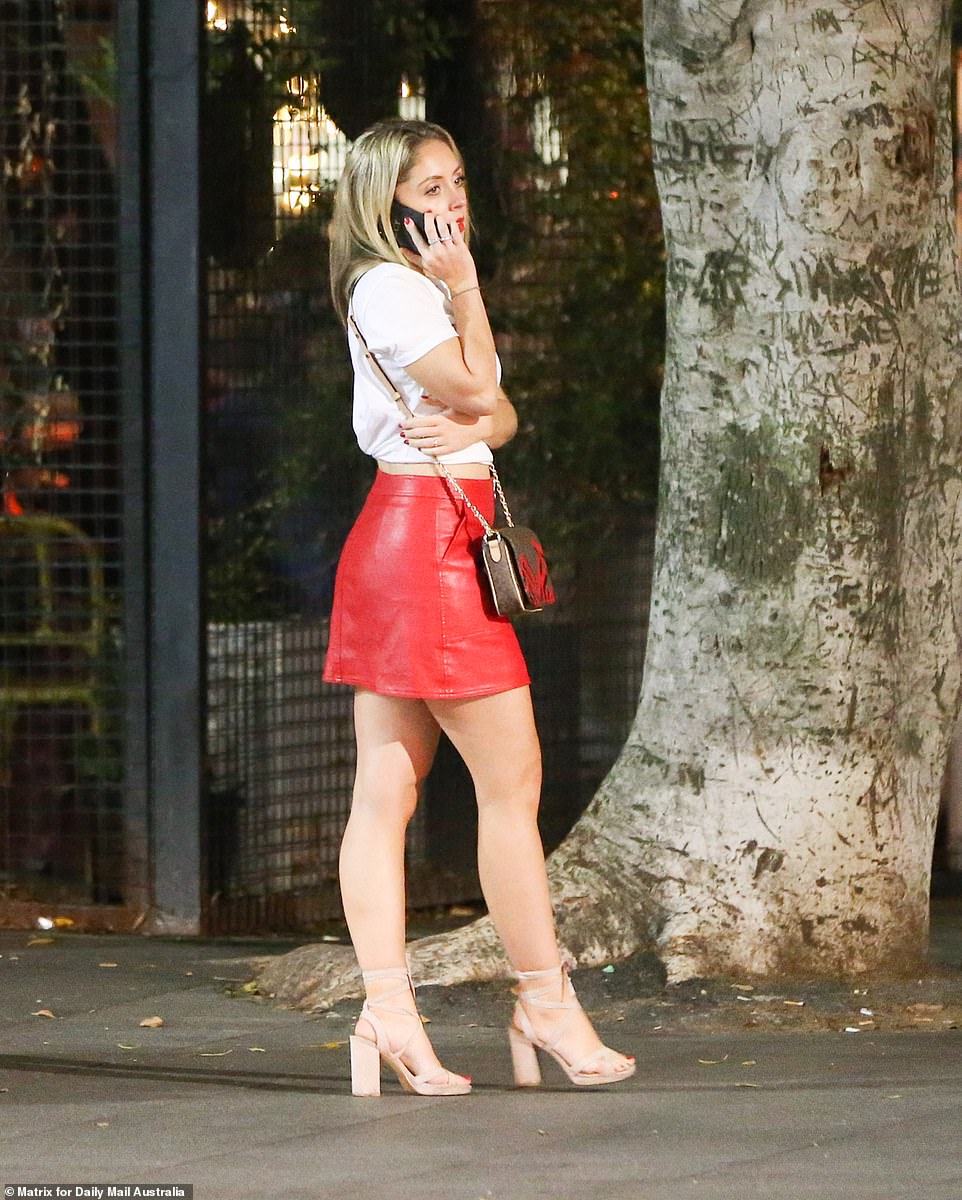