Revellers let their hair down for August Bank Holiday

Thousands made the most of the long weekend in Britain’s pubs and clubs but the night didn’t end well for everyone, as these pictures show.

At the beginning of the night dolled-up drinkers in Blackpool were captured hitting the streets in their Friday best before the clock struck twelve.

Yet by the wee hours, photographs show one man sitting in a pool of his own vomit, a young woman being led away in handcuffs and a drunken man asleep on the floor.

A young woman in heels was seen toppling over and had to be helped by friends while another group of girls got into a row near a taxi rank.

In another image two hunched-over women sit on the doorstep of a shop, smoking a cigarette while looking bleary-eyed.

And in another, a concerned police officer tries to wake up a grey-haired man dressed in a jacket and white shirt who has apparently fallen asleep.

Time to party! Glammed-up revellers making the most of the long Bank Holiday weekend in Blackpool last night by hitting the pubs and clubs 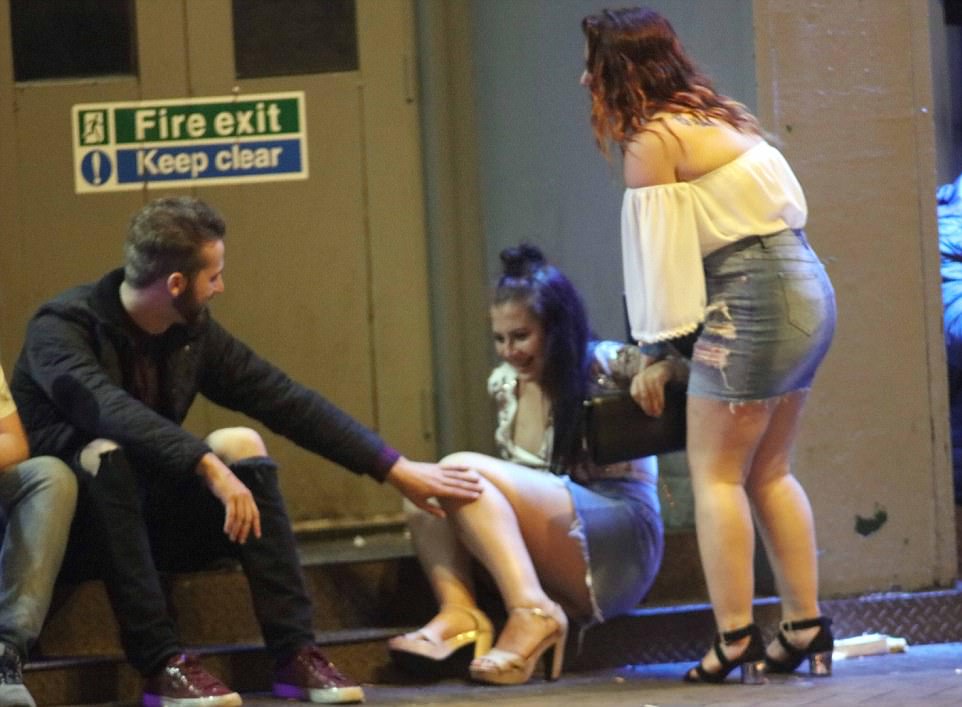 Oops! A laughing woman in heels appears to have toppled down as her friend and a man look on 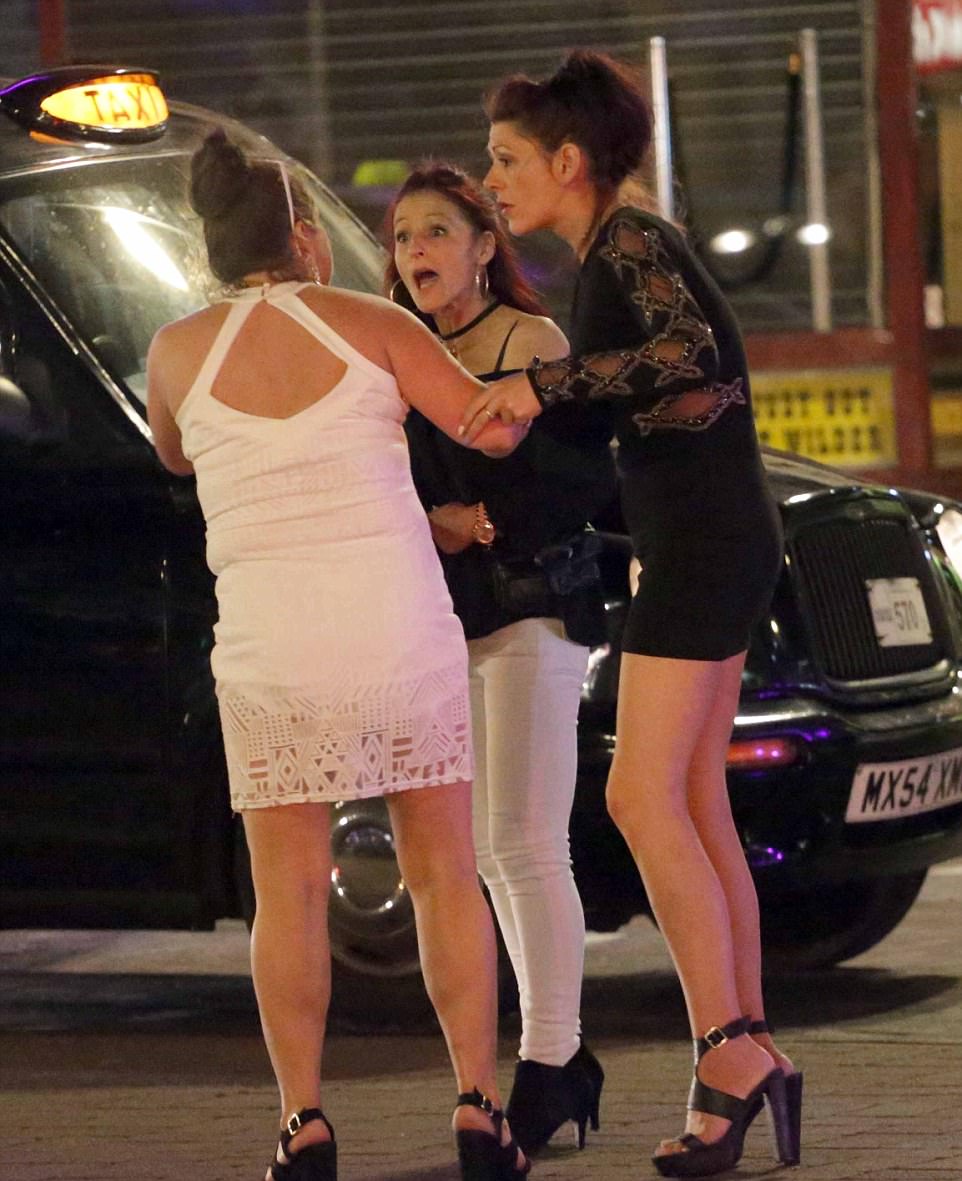 Time to go? A trio of women were seen having a heated discussion near a taxi rank as their night out in Blackpool drew to a close 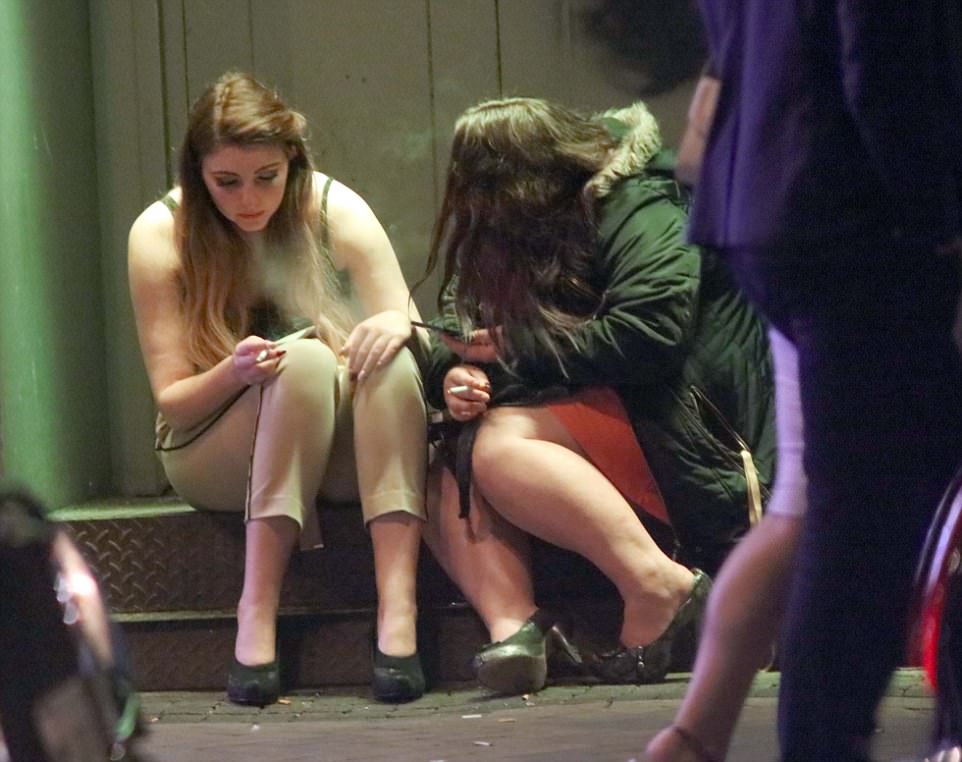 Drank Holiday: A pair of friends sitting in the doorway of a shop enjoy a cigarette 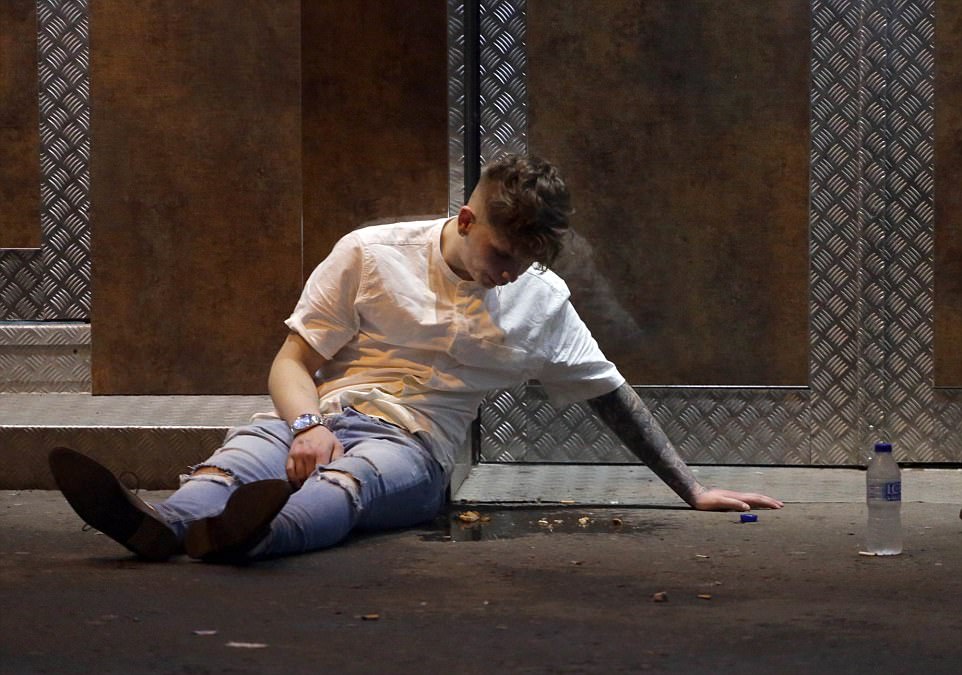 Pictured: A young man wearing a white shirt and ripped jeans collapsed outside a club’s entrance in a puddle of his own sick 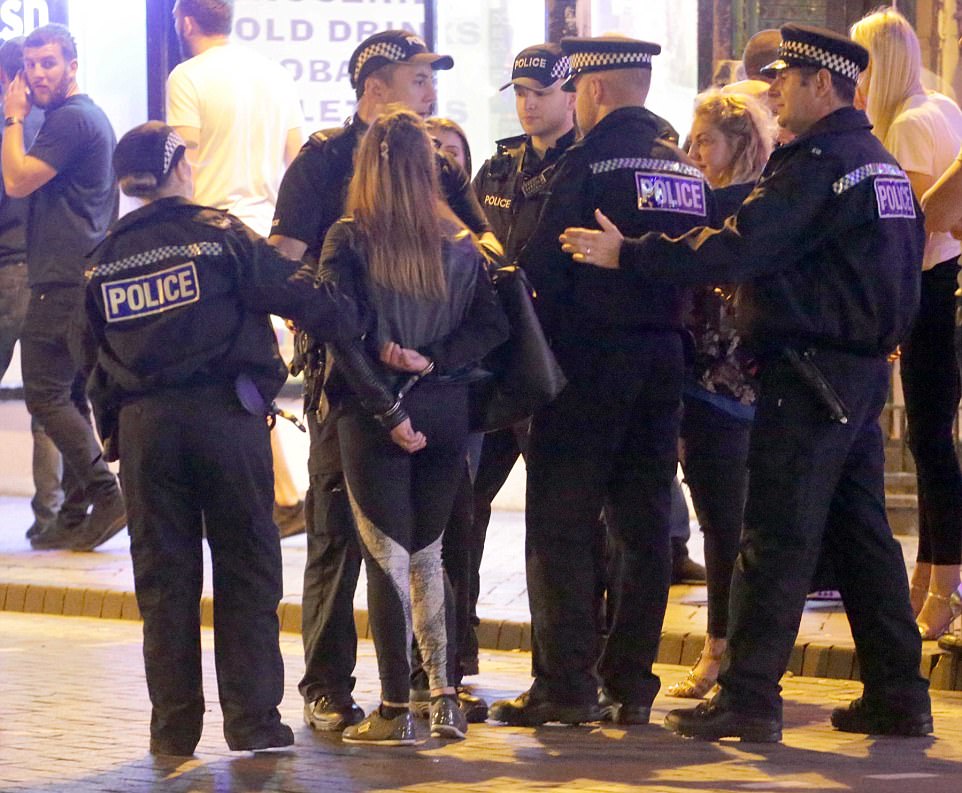 Under arrest: A woman, wearing leggings and trainers, escorted away by police after an incident in Blackpool city centre 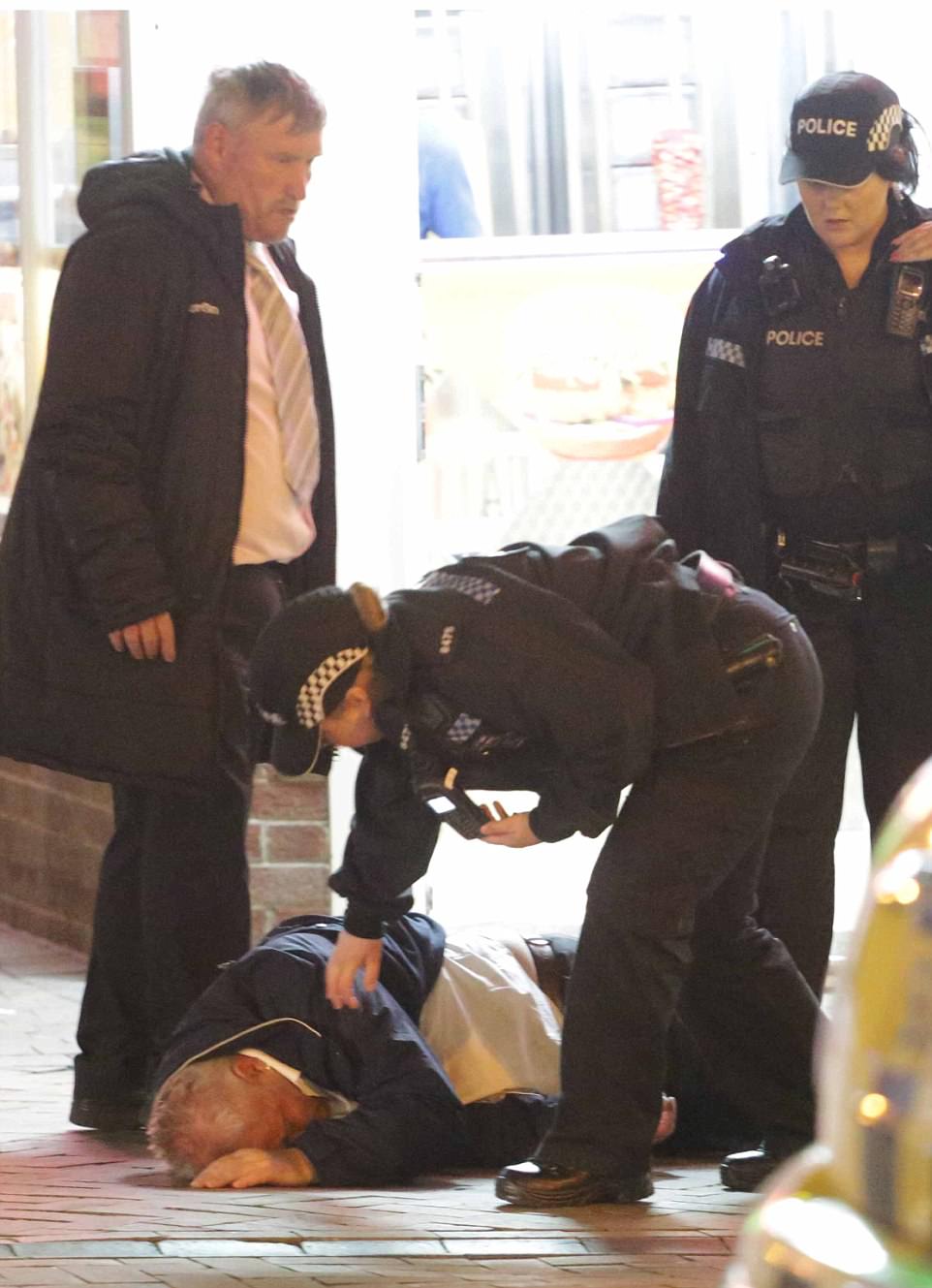 Sleeping beauty: A concerned officer tries to rouse a grey-haired man, wearing a white shirt and blue jacket, who fell asleep in the middle of the pathway