It came after he harassed her for six months after they broke up and also sent intimate footage of them together to three of her friends.

He contacted her via 15 different devices to torment her with the images, threatening to make them ‘go viral’. 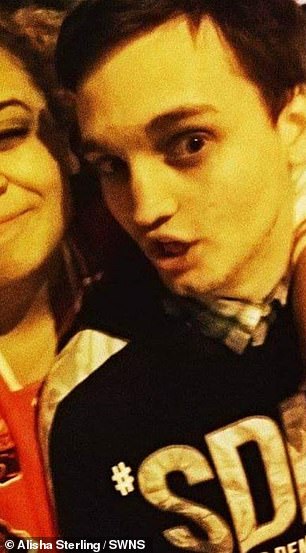 Alisha Sterling, 22, left, said her life was ruined by her ex-boyfriend Josh Potts, also 22, right,  after he sent an intimate video of them together to her mother 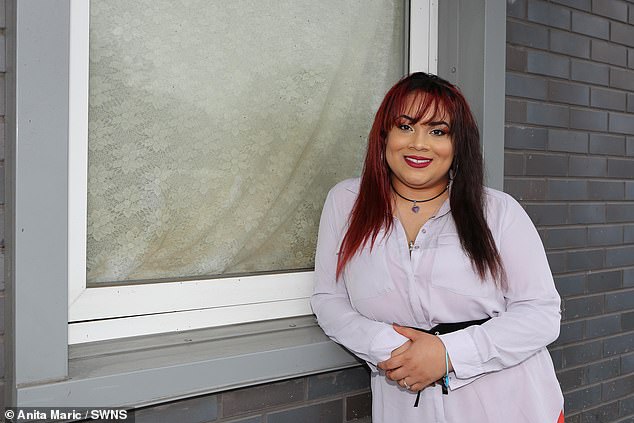 Miss Sterling, pictured, said she and Potts had consensually sent each other photos and videos while together but agreed to delete them when they split up in 2016 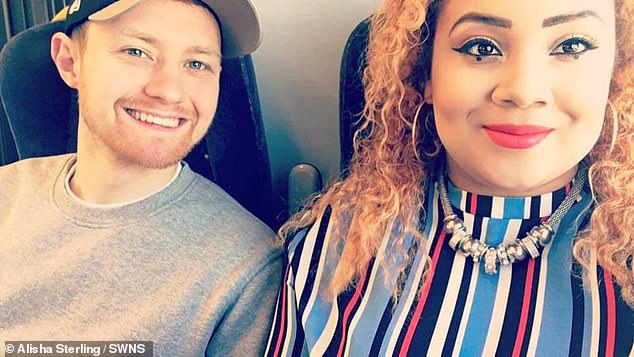 But she said Potts became jealous after she began dating someone new and started sending her explicit images he had kept, threatening to share them. Miss Sterling is pictured with new partner James

Miss Sterling, of Wolverhampton, has warned others never to exchange such images or videos and claimed the experience has destroyed her confidence and initially left her ‘feeling suicidal’.

She told the Sun: ‘The sentencing is nothing compared to how he’s ruined my life. He served five months. He can go back to his life, go back to the same job. I still see him walking around. He obviously doesn’t care what he’s done. But it’s scarred me for life.’ 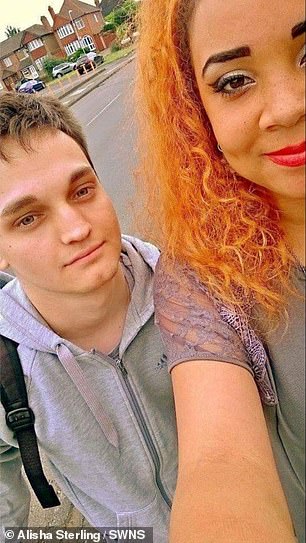 Potts, pictured with Miss Sterling, was cautioned by police after she reported him to them, but went on to send the video of her to her mother and three of her friends

The pair had been friends since primary school and began dating in February 2015, going on to consensually exchange intimate pictures and videos.

After splitting up in January 2016, Miss Sterling said they agreed to get rid of the sensitive material – although she believes he later restored them from his deleted folder.

But after she began dating someone new, Potts launched a tirade of abuse against her, sending her abusive messages anonymously alongside topless pictures of her.

Miss Sterling said it got worse after Potts started creating Facebook profiles in her name, using the same pictures, and digitally put her head on a Reddit thread to make it seem like they had spread over the internet.

She said: I struggled with everything, constantly crying. I wanted it to be over. I was constantly shaking, waiting for the next message. He set up fake accounts and used different numbers to contact both me and my friends.’

Miss Sterling went to the police and they gave Potts a caution, which prompted him to send the explicit video to her mother Donna Wall, 42.

She added: ‘This isn’t something all mums experience. He tried to ruin every aspect of my life, including my relationship with my mum. But she was there for me every step of the way.’

Miss Sterling said the ordeal changed her from a ‘fun, bubbly girl’ to someone who ‘barely engaged in conversation’. 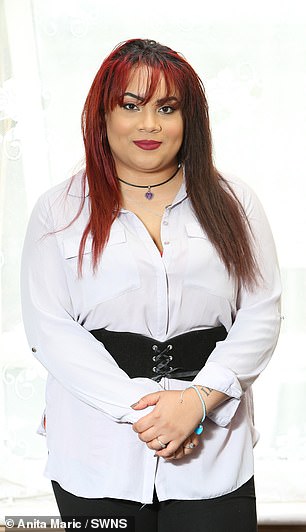 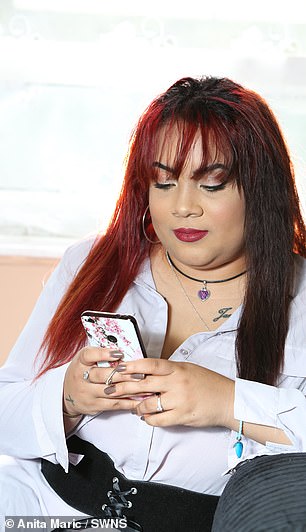 Miss Sterling, pictured left and right, said the ordeal left her ‘suicidal’ and on anti-depressants 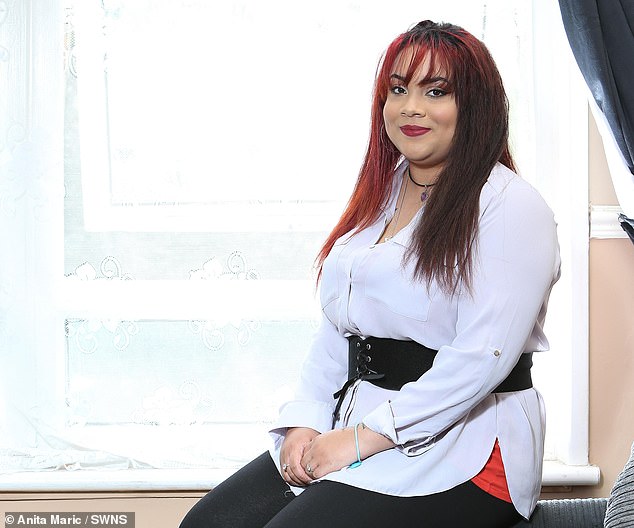 She added despite the video, her mother Donna Wall, 42, had been supportive throughout the harassment and Potts failed to damage their relationship

She had to go on anti-depressants and added every time she receives a picture message or a text or call from an unknown number her ‘stomach turns upside down’.

But she praised her mother for her support throughout the situation, despite Potts’ efforts.

After reporting Potts to the police again, he was found guilty at Wolverhampton Crown Court in July 2017 and handed the restraining order and young offender sentence.