My last narrowboat holiday resulted in me knee-deep in a canal after jumping off the boat to catch a Kinder Surprise.

And this spring a sailing trip in Antigua ended with me and two kids bobbing around in the Caribbean clinging to our upturned boat.

So it was with some trepidation that this hapless sailor and his motley crew embarked on yet another voyage – this time taking on the Kennet and Avon Canal on the Wiltshire and Somerset border in a barge.

Daniel and his family chugged along the Kennet & Avon canal to Bath in Ginny Marie, pictured, which comfortably sleeps six 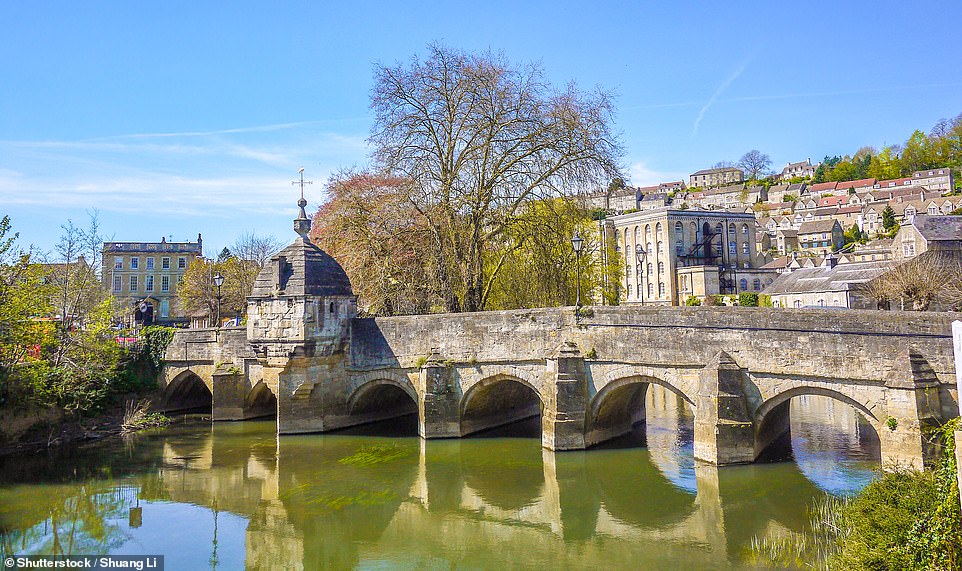 The canal adventure began at Bradford-on-Avon, pictured, a historic Saxon village. Parts of the bridge shown in this image date back to the 13th century 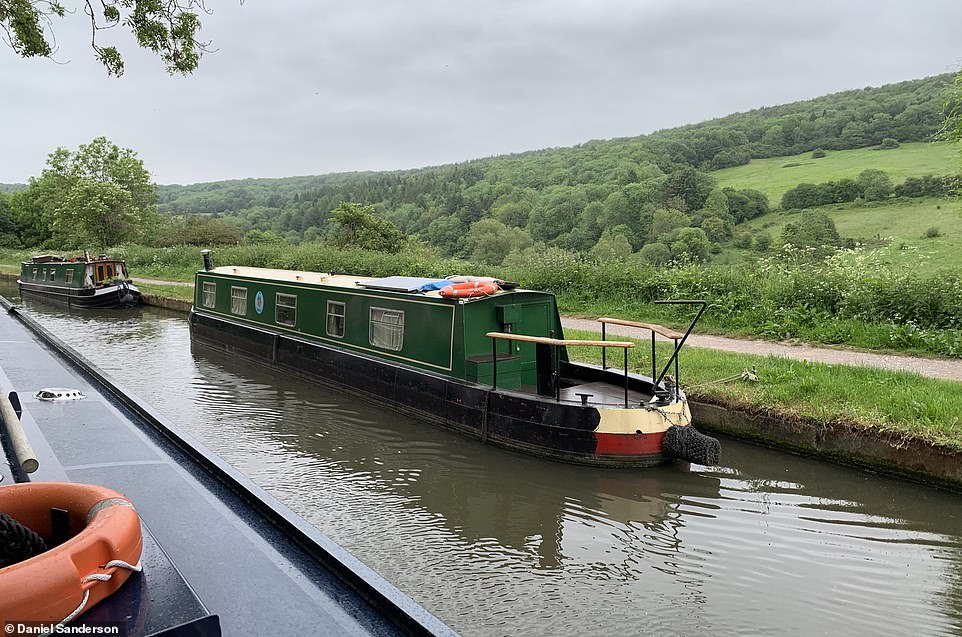 Daniel and his family were shown how to work the boat by a friendly harbourmaster. Then they headed out to the ‘endless green rolling hills of the Wiltshire countryside’

At the boathouse at Bradford-on-Avon we arrive to be met by Colin, a no-nonsense but friendly harbourmaster who introduces us to our floating home for the next three nights – ‘Ginny Marie’, which comfortably sleeps a family of six.

With a reassuring manner, he patiently gives us a thorough demonstration, meticulously showing us how everything works (forward, reverse, turn on/off, moor up, pump out water).

Next, confident he can leave me at the helm, Colin takes us to our first lock (the waterway mechanism to level the canal) and checks that we feel comfortable for the rest of the journey.

Then we’re on our own. For the next three days it’s just us and the open water. And we love every minute of it.

Booked through Black Prince Holidays, ‘Ginny Marie’ has everything we could possibly need for a comfortable holiday.

Fitted with four single beds and one double, two bathrooms, a well-equipped kitchen (an Ocado grocery order can be delivered to your boat before setting off), it has central heating, an airing cupboard, a fridge with a small freezer unit, colour TV, radio, CD and DVD players and, yes, even Wi-Fi. 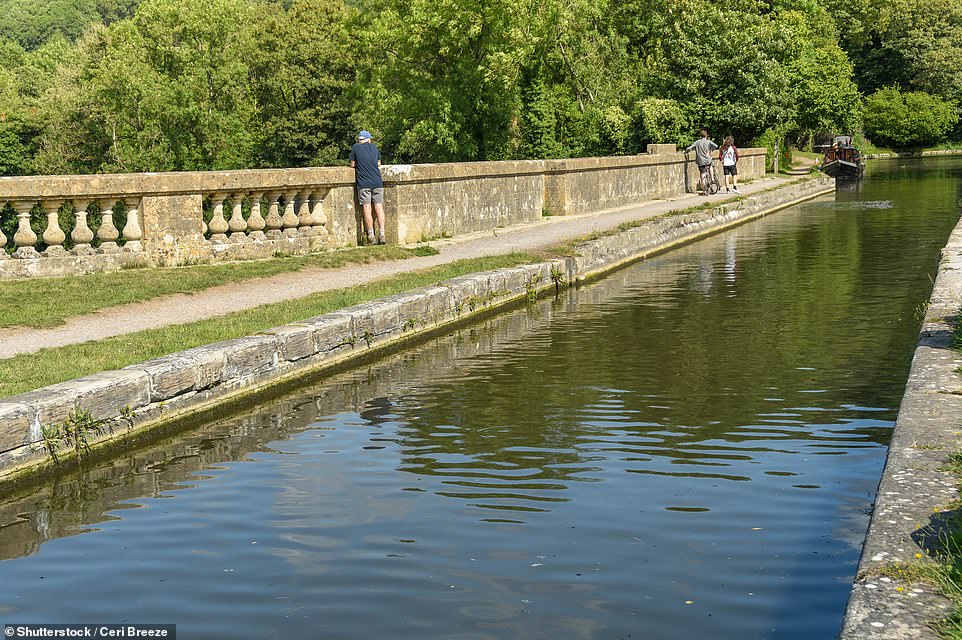 Though quite why you’d want to use the internet when you have the simply stunning, endless green rolling hills of the Wiltshire countryside to look at is anyone’s guess.

With my good, old-fashioned map bought from the boat shop before we set off, I estimate we have just enough time to reach Bath 10 miles away and back in three days.

It’s a beautiful stretch of canal where you can just relax, take your time and really take in the view… And what a view.

As I clutch a cold bottle of beer in one hand, tiller (or whatever it’s called!) in the other, I’m a picture of tranquillity.

Idly ambling along the water at sunset, a deer leaps through the long grass on the bank, a heron glides past and a family of ducks follow us for a mile or so to shrieks of delight from the kids.

And all this nature is unfolding at a snail’s pace. Literally.

The beauty of a barge is that it forces you to slow down.

With a speed limit of 3.5 knots (a gentle stroll) you can’t rush even if you wanted to.

In the modern world of mobile phones, iPads, traffic jams, people rushing around at 1,000mph, this is the perfect antidote.

You really are forced to stop and enjoy the ride.

For our first night, we moor up outside the 16th-century Cross Guns inn at Avoncliff where my shipmates and I – Zak, seven, his sister Nell, three, our German au pair, my mother and her excitable English Setter Claude – enjoy a fish & chip supper beneath an aqueduct near a field of cows. Bliss. 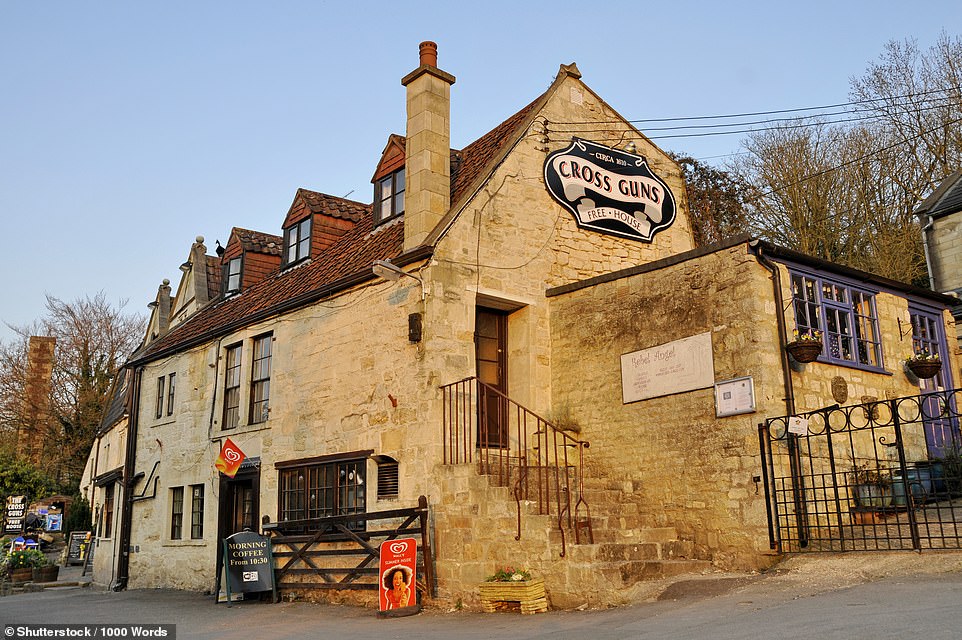 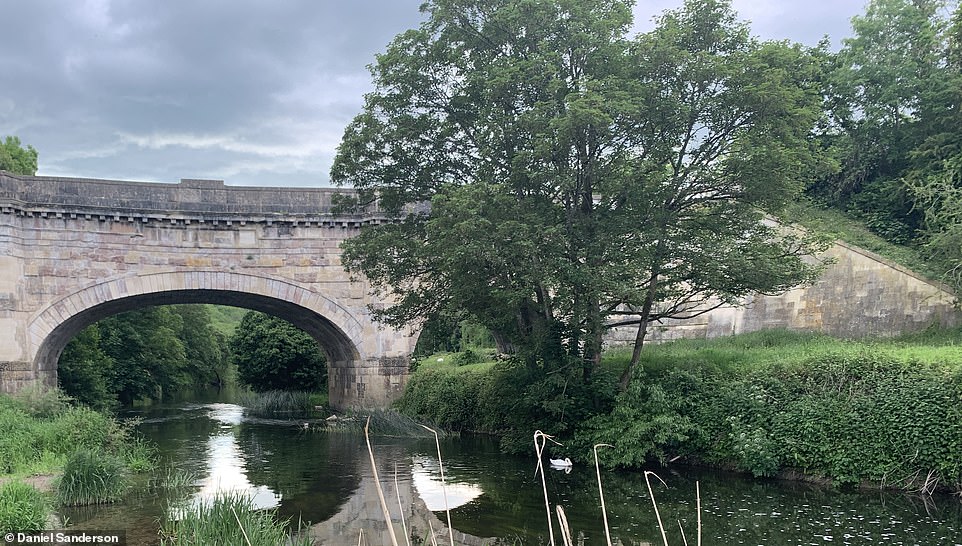 This picture shows Avoncliff Aqueduct, as seen from the garden of the Cross Guns Inn

It felt like we’d gone a long way, but a check of the map revealed we’d only gone three miles. But that’s the point, it doesn’t matter. As a fellow narrowboater told me: ‘It’s not a race!’

By early afternoon on day two we reached the beautiful city of Bath, a World Heritage Site and where there’s Palladian architecture galore.

I couldn’t get over the fact that we were able to moor up for the night practically in the city centre, just a short walk from the cricket ground and Bath rugby club next to the breath-taking Pulteney Bridge. 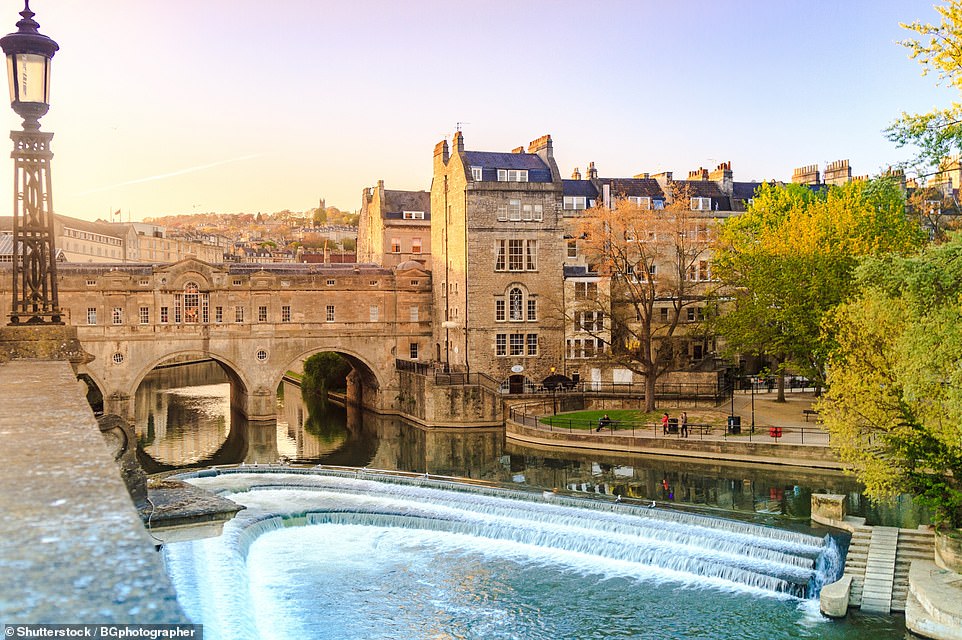 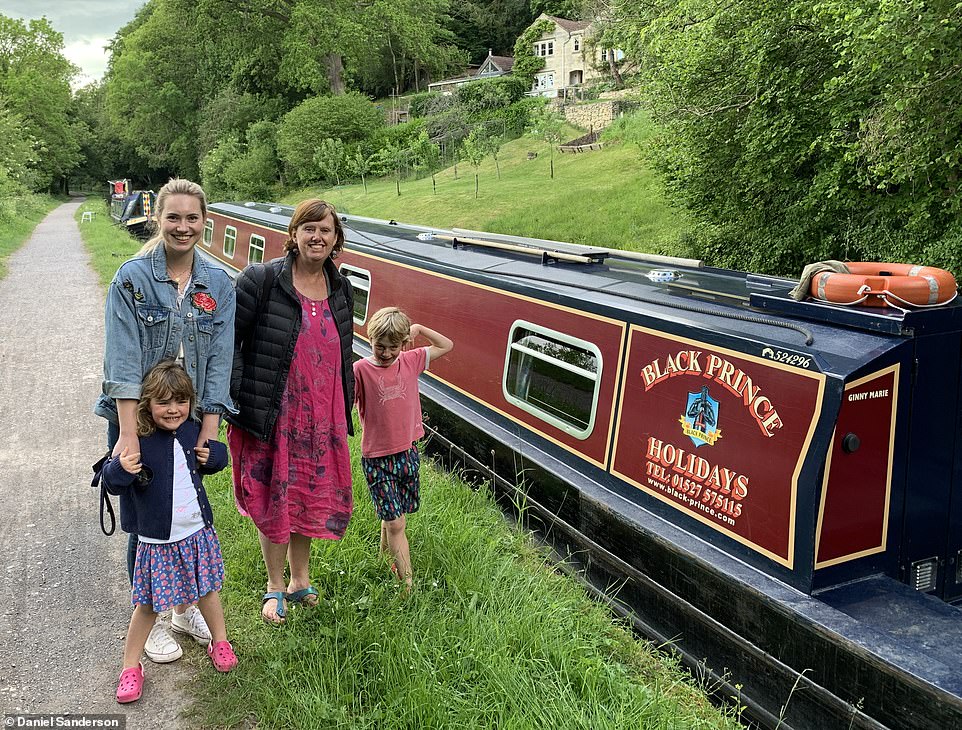 Nell Sanderson, four, Leonie Kuhn, Pamela Sanderson and Zak Sanderson, seven, in front of the Ginny Marie on their first night on the canal, just west of Avoncliff 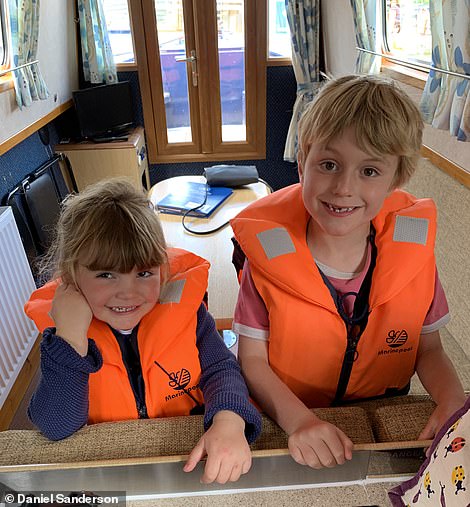 Ahoy there! Nell and Zak are all smiles on the Ginny Marie

Despite the dubious weather (this is the UK after all!) we wander around the shops, check out the famous Roman baths, have dinner in a pub and retire for the night to watch a DVD in our cosy barge.

As we set off back to Bradford-on-Avon, two things occurred to me about narrow boating:

First, the waterways give you access to unspoiled parts of the British countryside you can’t reach by road.

And second, it’s a unique family holiday where everyone mucks in to help.

So often on holiday you struggle to entertain the whole family. Not so boating where someone’s driving, another’s getting the kettle on while another shipmate is reading the map and helping with the locks and so on.

We picked a particularly enjoyable route on the Kennet & Avon Canal where if you are inexperienced like me, boating is easy to pick up.

Plus, there are plenty of friendly faces along the way, a little community of experienced boaters who, most of the time, are on hand to help.

It occurred to me on the way home that with Brexit and the value of the pound plummeting against the Euro, there is no better time to holiday in the UK.

And what better way to reconnect with your family than a barge getaway?

Daniel Sanderson and his family were hosted by Black Prince Holidays on the Kennet and Avon Canal in Wiltshire and Somerset.

Black Prince canal holidays are for exploring Britain’s countryside from a choice of ten holiday hire bases – from the Peak District to the Midlands, Cheshire, Cambridge, Oxford, Wiltshire, Scotland, Wales and London