Revolutionary 5:2 diet can help battle diabetes by keeping weight off just as well as standard diets

Cutting calories for two days a week on the revolutionary 5:2 diet can help diabetes sufferers shed weight – and keep it off – just as well as standard dieting, a new study has revealed.

The research could give hope to the nearly 3.7 million people in the UK who have type 2 diabetes and could benefit from the 5:2 regime, which does not require them to limit their calorie intake every day.

Those on 5:2 diets can also control their blood sugar levels just as effectively as those on traditional diets, the study also found.

The findings follow previous research that discovered the 5:2 regime can also help reduce the risk of breast cancer through weight loss and boost brain function.

The 5:2 diet is championed by The Mail on Sunday columnist Dr Michael Mosley – himself a type 2 diabetic – and involves fasting on two days a week but eating normally for the rest of the week.

Among those who have followed the regime are former Chancellor George Osborne and the actor Martin Clunes, who lost three stone in three months on the diet.

A 16-page exclusive pullout in next week’s YOU magazine with The Mail on Sunday will reveal Dr Mosley’s recipes for 22 new calorie-counted dishes created with only five ingredients.

Dr Mosley last night welcomed the new research and said that it undermined criticism that those using the 5:2 approach simply put the weight back on.

The year-long clinical trial into the 5:2 diet was conducted by the University of South Australia.

Experts there recruited 137 overweight people with type 2 diabetes – a condition caused by a shortage of insulin production by the pancreas – and split the group randomly into two.

One was put on the 5:2 diet, with participants limited to 500-600 calories on two non-consecutive days and eating normally for the remaining days.

The other was put on a more traditional diet regime with a daily limit of 1,200-1,500 calories. 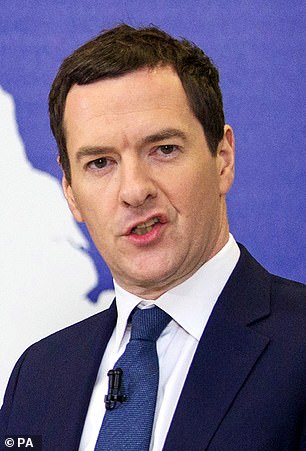 The researchers said that the 5:2 diet ‘may be superior’ to traditional dieting for weight loss but cautioned that more work with a larger sample would be needed.

Five years ago, a study from the University of Manchester and Wythenshawe Hospital in Manchester found fasting can help reduce the risk of cancer by cutting weight and insulin levels.

Researchers tested 115 overweight women with a family history of breast cancer on two variations of the two-day fasting diet or a standard weight loss regime.

The mice fed on alternate days grew more neurons and synaptic connections which improved their cognitive functions, researchers from the US National Institute on Aging found.

The study discovered that during intermittent fasting, the body switches energy sources from glucose to fat cells, stimulating activity and cell growth in the brain.