The reward for missing five-year-old Dulce Maria Alavez who was snatched from a New Jersey park by a suspect driving a red van was raised to $35,000 on Friday as the hunt for the child intensified.

Dulce has not been since she vanished at 5pm on Monday at a park in Bridgeton, New Jersey. An amber alert for the missing girl is still in effect.

Dulce’s relatives have vehemently denied any involvement in her disappearance.

On Wednesday, her 19-year-old Noema Alavez Perez revealed that investigators have suggested that a family member played a role in her daughter’s kidnapping – a claim she denied. 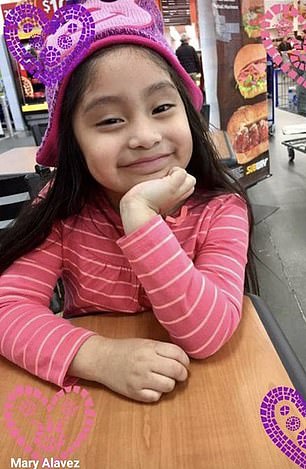 The reward for missing Dulce Maria Alavez hit $35,000 this week. She has not been seen since Monday when police say she was taken from a park by a man in a red van

‘The police think our family did this,’ she told NJ Advance Media. ‘They think I did something to her. I didn’t. I love my daughter. I would never do nothing bad to her.’

The suspected kidnapper, described as a man between 5 feet 6 inches and 5 feet and 8 inches in height, with a thin build and no facial hair, allegedly led the child into a red van with a sliding door on the passenger side and tinted windows, and drove off, leaving her three-year-old brother behind on the playground.

Alavez Perez was sitting in a car with her eight-year-old relative about 30 yards away from where her children had been playing at the time of the suspected kidnapping at 5pm on Monday.

The mother-of-two on Wednesday made an emotional plea for Dulce’s safe return.

With her voice cracking, Alavez Perez then added: ‘I would give everything for her to come back.’ 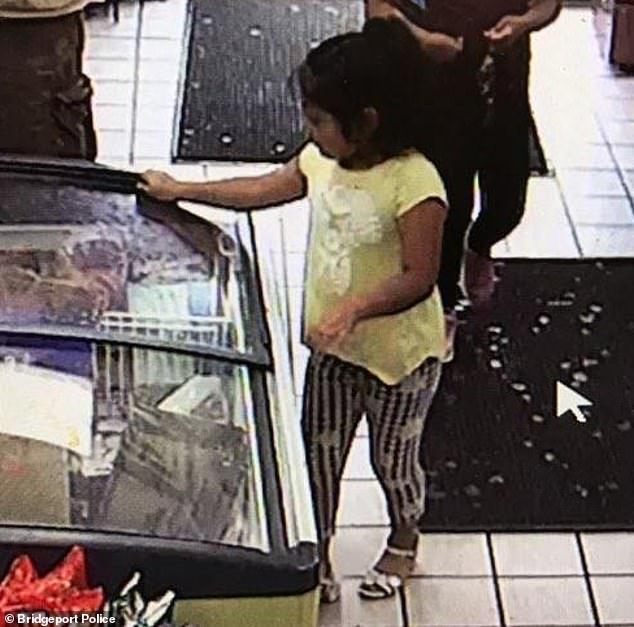 Dulce was last seen wearing checkered pants, a yellow shirt and white sandals. Her long dark hair was tied in a ponytail 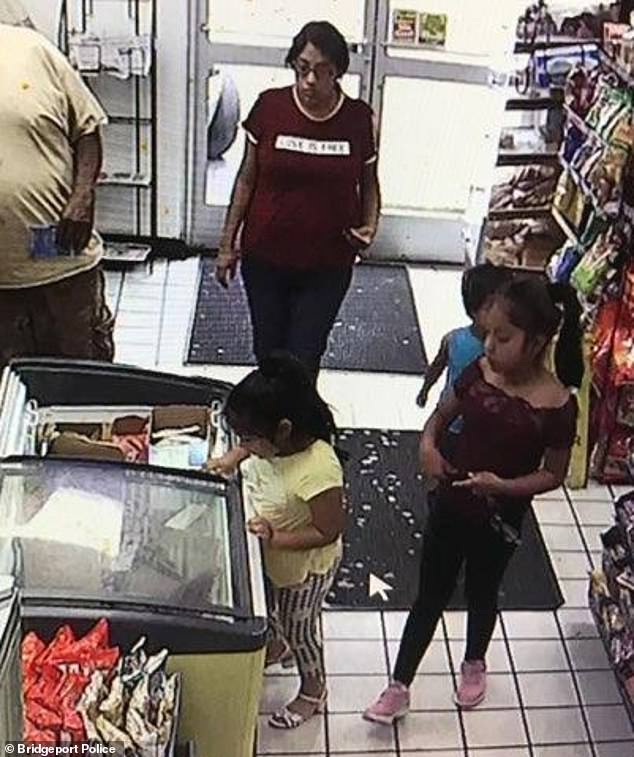 Dulce is pictured above in the yellow t-shirt buying ice cream with her mother, younger brother and an eight-year-old relative before they headed to the park where she vanished from 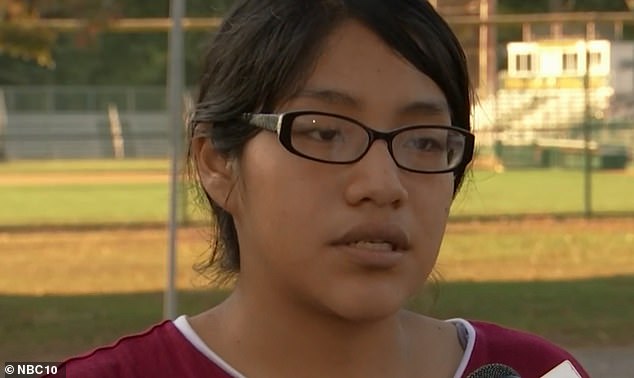 Dulce’s mother. Noema, 19, said she had been questioned this week and denied any involvement in her daughter’s disappearance

Dulce’s aunt, Nayiber Alavez, said it has been difficult for the family, especially with the accusatory claims swirling around.

‘It’s more harder for us because they judging us that we had something to do with it when we don’t,’ she told 6ABC. 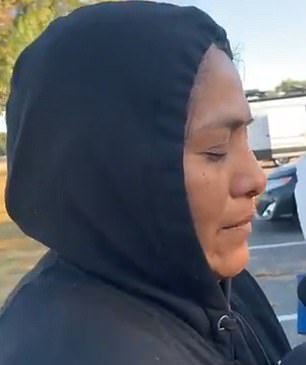 Dulce’s grandmother, Norma, broke down in tears begging the person who took the girl to bring her back home

Dulce’s grandmother, Norma, issued a tearful plea, addressing the person who took her granddaughter directly and begging him to bring her home.

The girl’s mother previously told police that she and her children had all gone to get ice cream before heading to the playground.

She went to check on her two children playing by the swings after about 10 minutes and saw her son crying with his ice cream on the ground.

When she asked where his sister was, the little boy pointed towards some nearby buildings.

‘I thought she was just playing hide-and-seek, that she was playing in the woods,’ Alavez told NBC Philadelphia.

The mother and her family members scoured the area for the little girl before calling police for help.

Officers accompanied by K-9 units combed the park on foot, while a New Jersey State Police helicopter flew overhead and several boats went up and down a nearby canal.

Bridgeton Park is a 1,500-acre area that includes a canal known as Raceway and the Cohanzick Zoo.

They played ice cream truck music in an attempt to lure the missing girl and calling out her name.

The child is 3 feet 5 inches tall, with a medium build, and has long dark hair tied in a ponytail.

Officers accompanied by K-9 units combed the park on foot, while a New Jersey State Police helicopter flew overhead and several boats went up and down a nearby canal 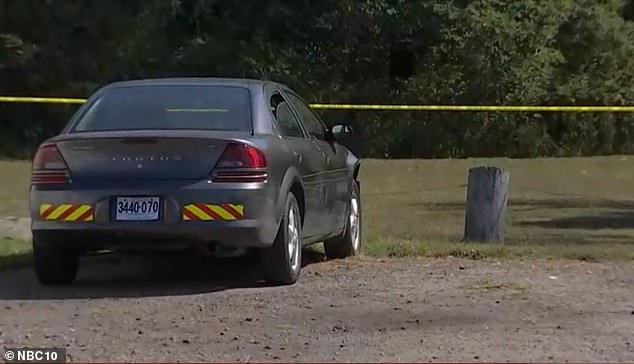 Bridgeton Park is a 1,500-acre area that includes a canal known as Raceway and the Cohanzick Zoo