The reality TV star, 58, was infamously taken into custody last December in Palm Beach for allegedly attacking a police officer and threatening another one.

Video of the night of her arrest shows de Lesseps demanding to be let out of the car, saying she’s done nothing wrong and shouting threats.

‘Don’t touch me. I’m going to kill you. I’ll kill you!’ a hand-cuffed de Lesseps is heard screaming.

The ‘Money Can’t Buy You Class’ singer is charged with disorderly intoxication, resisting arrest and battery of a law enforcement officer.

In February she told the New York Times: ‘Obviously it was a really bad night for me and something I am not proud of,’

On the fateful night of the incident, de Lesseps was found trespassing in a hotel room with an unidentified man, according to a police report.

The duo had entered the wrong room at the Colony Hotel in Palm Beach but allegedly refused to leave. 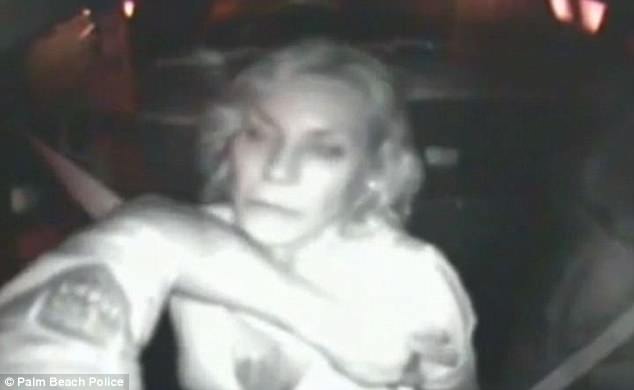 Newly-released video of the incident shows a handcuffed de Lesseps screaming: ‘Don’t touch me. I’m going to kill you. I’ll kill you!’

Luann is alleged to have slammed a door and kicked at least one officer.

The arrest came shortly after de Lesseps announced her divorce from husband of less than a yeat Tom Tom D’Agostino Jr. 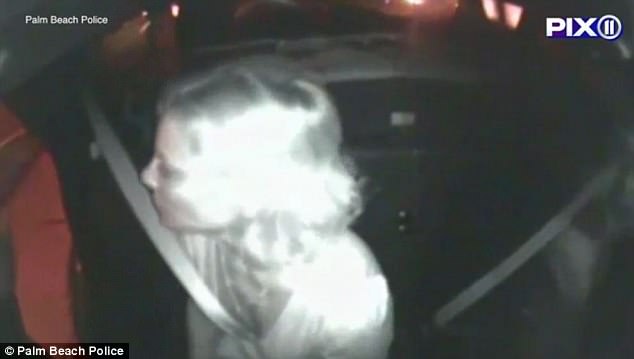 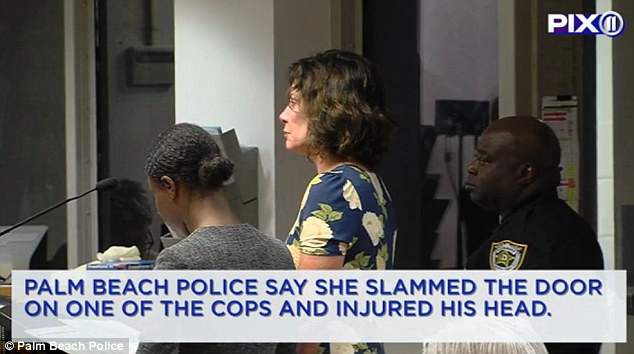 She married him in Palm Beach and has previously said she was drinking more than usual on the night of her arrest because being at the location of her wedding made her emotional.

The mother-of-two pleaded not guilty and spent 21 days in treatment for issues related to alcohol.

If convicted, the former model faces up to five years in prison for the felony count of resisting an officer with violence. 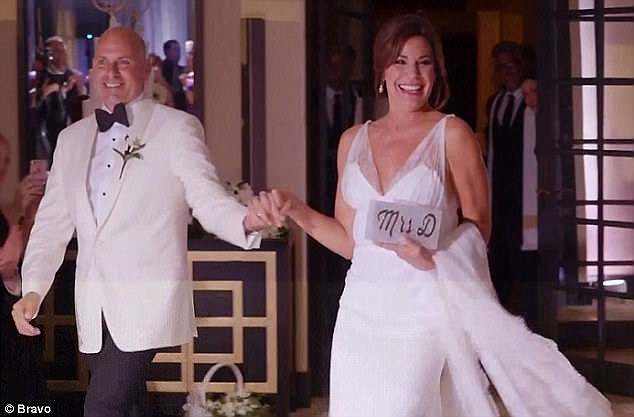 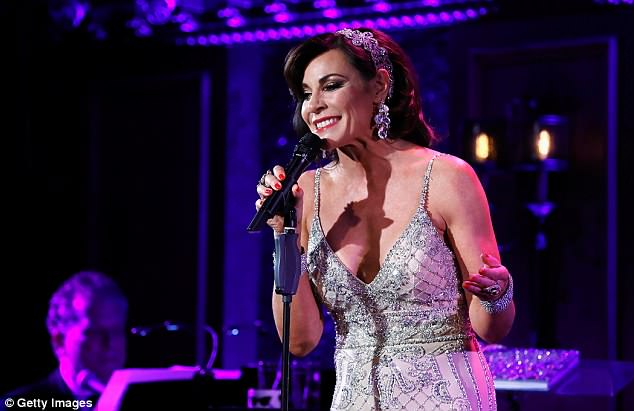 She will next appear in court next month.

The star’s arrest, however, has not affected her career: She returned for the 10th season of the Bravo show and has been performing in a cabaret show.

The Connecticut-born socialite has two children – son Noel, 21; and daughter Victoria, 23 – from her first marriage to Count Alexandre DeLesseps, which ended in 2009.