RHOS: Athena X Levendi says she’s ‘working on a new version of herself’

‘I owe you an apology’: RHOS villain Athena X Levendi says she’s ‘working on a new version of herself’ after the show – as she deletes her Instagram

Former Real Housewives of Sydney star Athena X Levendi has apologised for her behaviour on the Foxtel show.

The socialite, 44, told viewers she was ‘sorry’ in a statement posted to Instagram on Thursday, before deleting the rest of her feed.

Athena said she was ‘working on a new version of herself’ after her stint on reality TV.

‘I feel like I owe an apology to the viewers’: Former Real Housewives of Sydney star Athena X Levendi (pictured in March 2018) has apologised for her behaviour on the Foxtel show

‘I feel I owe an apology to the viewers who experienced some form of trauma or personal offence when watching Athena X on RHOS,’ she began.

‘Just so you know it wasn’t easy playing a strong character or digesting the viewers’ perceived impressions for my on-screen reactions or “character”.

‘These days I’m working on a new version of myself!’ 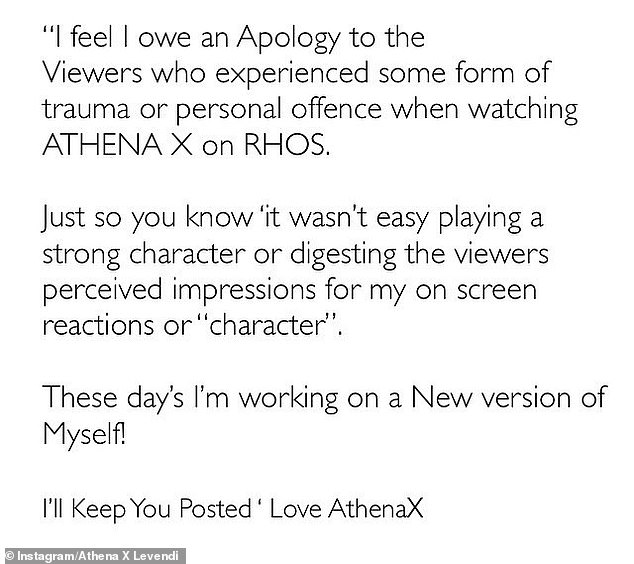 Statement: ‘Just so you know it wasn’t easy playing a strong character or digesting the viewers’ perceived impressions for my on screen reactions or “character”,’ she wrote

The Real Housewives of Sydney aired for one season 2017, before being axed for ‘being too nasty’.

Athena slammed her co-stars on Instagram in May last year, claiming they were all ‘actors’ hired to play specific characters for staged scenes.

‘Just to clarify, the ladies that were cast were never in my friend zone. Just a group of random women forced to act like friends,’ she wrote.

‘For those who might be confused and ignorant, RHOS was a produced television show. I was cast to be portrayed a certain way (I refused to be manipulated or bullied). Just to make it very clear, I was never friends with any of them.’

She added: ‘RHOS was not real life and I don’t see any of those “actors” in my real life. I say actors, as that’s my perception from that experience!’

Meanwhile, the Real Housewives of Melbourne cast made headlines this week.

Lydia Schiavello offered a puzzling response after fans accused her of maliciously Photoshopping an image of her co-star Chyka Keebaugh to make her look heavier.

The 50-year-old socialite claimed on Wednesday she did not edit the photo herself but had instead been sent it by someone else, and naively uploaded it to Instagram because she thought it ‘looked great’. 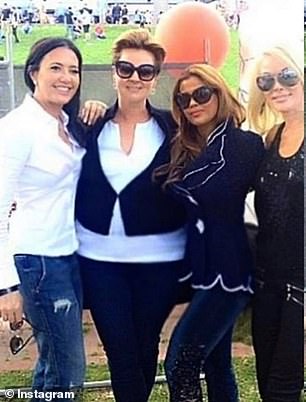 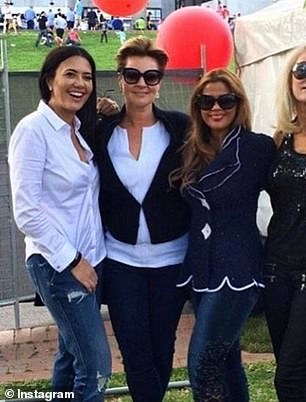 Spot the difference: Meanwhile, Real Housewives of Melbourne’s Lydia Schiavello has denied Photoshopping an image of her co-star Chyka Keebaugh to make her look heavier, instead claiming she was sent the doctored image by someone else. Left: the edited version Lydia posted on Monday; right: the original photo uploaded in 2014