Real Housewives of Salt Lake City star Jen Shah has had her request to dismiss charges over her alleged involvement in a $5million telemarketing scheme denied by a judge.

People reports that Shah, 47, recently filed pre-trial motions where she requested to have her charges dismissed, as well as filing a request to suppress her post-arrest statements along with evidence that was seized in warrants.

The Bravo reality star was arrested in late March for allegedly targeting ‘vulnerable, often elderly, working-class people’ out of money in a wire fraud scam.

Per the report, Shah’s motions were all denied by U.S. District Judge Sidney H. Stein, who disagreed with her statement that pledged there was ‘no proof’ Shah had ‘joined the conspiracy willfully.’

Shah previously claimed that she was unable to understand her Miranda rights at the time of her arrest because a dry contact lens had caused her to have blurry vision, but the judge said in response: ‘In addition to showing Shah the Miranda waiver form, [officers] read each question aloud.’

Shah also claimed in her filing that police misled her to get incriminating statements from her, claiming she was ‘confused and emotionally off-balance’ at the time.

But the judge has found no merit in her filings.

The report notes that Shah has now changed her legal team – with Daniel R. Alonso, Henry W. Asbill, and Michael S. Chu having all resigned from her counsel.

Shah is now being represented by ChaudryLaw PLLC, and will have a pre-trial conference date on October 8th.

DailyMail.com has reached out to reps for Shah who have so far been unavailable for comment. 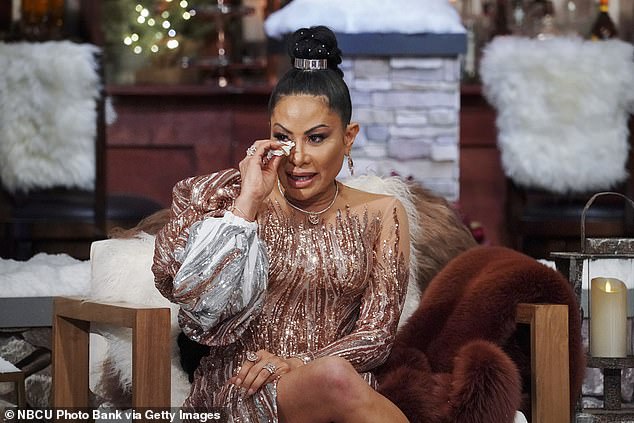 Drama: The star is now changing her legal team ahead of trial where she faces up to 30 years jail time

In July, TMZ reported that a federal agents moved Shah and five others into the US Attorney’s ‘Tier A’ category for the alleged crimes targeting elderly people, accusing her of ‘orchestrating’ the scam.

According to legal documents obtained by the site, the prosecutor claimed the group of individuals, including Shah, were ‘senior participants’ in the alleged scheme, and ‘continued to participate’ even when they were made aware ‘criminal charges could be coming.’

Two members of the group have already been sentenced to 78 months and 60 months respectively in the case, per the report.

The US Attorney says that the ‘Tier A’ suspect were ‘responsible for orchestrating the broader scheme’ and named Shah specifically as someone who ‘obtained leads directly from lead sources and provided them to, among others, coaching sales floors operated in Utah and Nevada.’

Shah and her assistant Stuart Smith who has also been placed in the tier, are additionally accused of ‘owning and operating’ a sales floor in Manhattan that was part of the alleged telemarketing scheme.

The Bravo reality star was arrested in late March for allegedly targeting ‘vulnerable, often elderly, working-class people’ out of money, and she plead not guilty and was subsequently released on strict conditions. 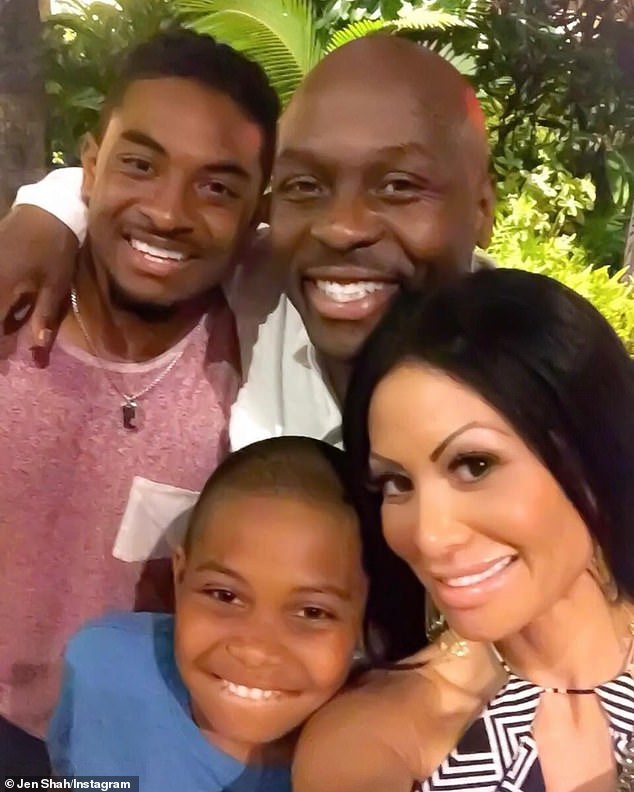 Family: Shah’s husband Sharieff, a football coach at the University of Utah, regularly appears by her side on RHOSLC and the couple has two sons Omar, 17, and Sharrieff Jr., 26

She is now awaiting a fraud trial where she could face up to 30 years jail time if found guilty over her alleged involvement in a $5M telemarketing scheme.

Last month, Shah asked a judge to toss out the criminal charges against her, complaining  of ‘trickery’ by law enforcement officers and claims she involuntarily waived her Miranda rights after being arrested, PageSix reported.

Shah claims she signed a document waiving her Miranda rights without knowing what it was because her contact lenses weren’t working properly at the time.

‘My contact lenses, which were in my eyes, were dry, and I did not have my reading glasses, so my vision was blurry and I was unable to read the paper in front of me,’ she attested in an affidavit, according to Page Six.

Her attorneys argue that law enforcement had employed ‘deception and trickery calculated to overpower her will.’

The lawyers add that there are ‘multiple flaws in the theory of this case [and] the investigation.’

The indictment alleges that, starting in 2012, she and her assistant Stuart Smith sold online business services to their victims, many of whom were elderly and did not own a computer.

Prosecutors claim the pair then sold the names to other telemarketers who sold the victims more products.

If the motion to dismiss the case isn’t granted, her lawyers want a judge to prevent the statements she made after waiving her Miranda rights from being used against her at trial, UsWeekly reported.

Co-star Whitney Rose offered a bit of insight when she touched down in LA on Friday.

Asked how Jen is while fetching her luggage: Whitney shrugged and said ‘She’s alive and well!’