Ribera: Art Of Violence at the Dulwich Picture Gallery is an intimate and unsettling show

Ribera: Art Of Violence at the Dulwich Picture Gallery is an intimate and unsettling show full of the baroque master’s brutal works of art

Are you feeling brave? Because Art Of Violence, the first-ever British show dedicated to 17th-century Spanish baroque master Jusepe de Ribera, is pretty brutal. There are scenes of unwarranted cruelty, torture and execution, and it comes with the warning: ‘This exhibition contains one example of human remains.’

Those remains are a piece of tattooed skin, included here to further illustrate Ribera’s compulsive rendering of the martyrdom of St Bartholomew, skinned alive in the 1st century AD.

Two great pictures of this scene dominate the first room. The executioner and his assistant, unwashed and dressed in rags, have idiot grins and the pug features of simpletons. Such people will always be with us, Ribera seems to suggest, but concentrate instead on Bartholomew. 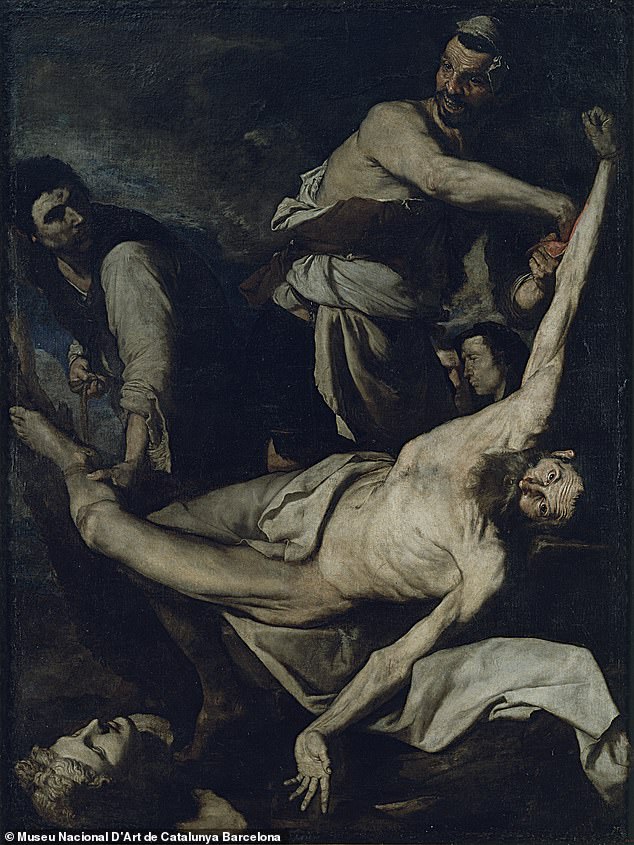 Filled with divine grace, his eyes invite us to transcend his very unpleasant demise. The painter clearly owes Caravaggio for the chiaroscuro technique, but no one does imploring eyes like Ribera.

There are mouths open in suffering and muscles clenched in pain throughout this intimate and unsettling show. The Valencia-born artist didn’t seek out horror, it was all around him in Spanish-occupied 17th-century Naples. The Spanish Inquisition was at large and the strappado, auto-da-fé and floggings were all to be seen in public. 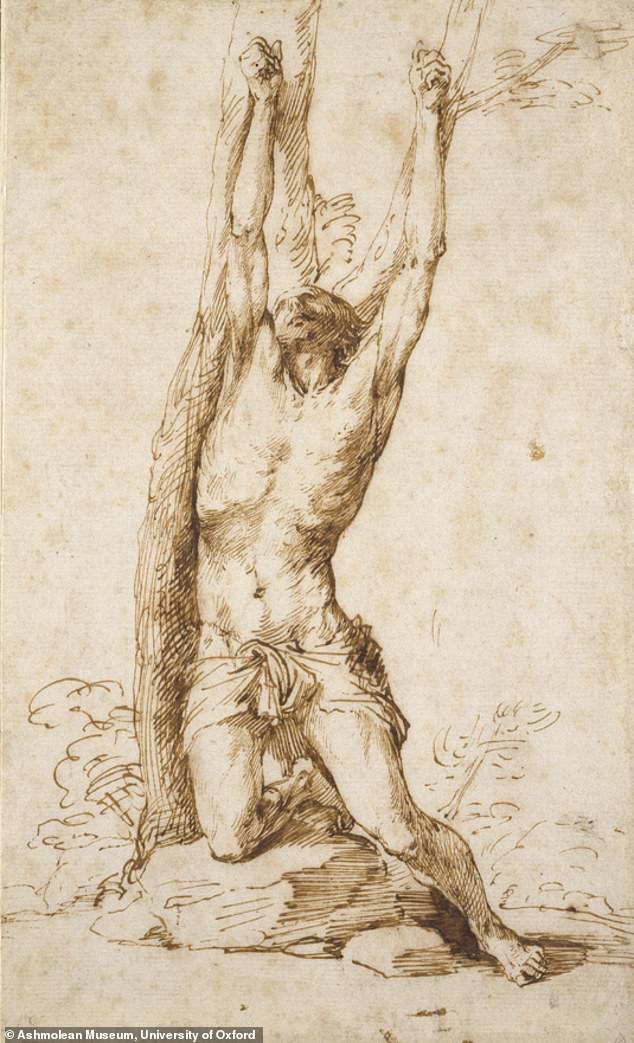 Horror was all around Ribera in 17th-century Naples. In response, he produced exquisitely executed, controlled dramas such as Study For San Sebastian from 1620 (above)

One particularly disturbing drawing shows a man tied to a stake, branches scattered around his feet. It is pretty clear what is going to happen to him, but forget the shock value and consider the immediacy, the still-vivid sense that the artist was there, working quickly in front of the unfortunate victim.

We might wonder at his single-mindedness but also ask, what artist could do such work today?