Wealthy residents in an exclusive west London hamlet are up in arms after a group of travellers set up camp on their village green.

At least 14 noisy motorhomes and vehicles swooped in on the usually-picturesque beauty spot last night and parked up in front of homes worth £1million and counting.

The area is known for its celebrity clientele and was voted the best village in the capital in 2017.  The green is on the doorstep of The Who guitarist Pete Townsend while Amanda Holden, David Attenborough and Tom Hardy all live in nearby Richmond.

Local resident Zac Goldsmith and MP for Richmond took to Twitter to express his dismay at the arrival of the drifters.

Setting up camp: The arrival of a large group of travellers has upset locals in the leafy village of Ham, west London 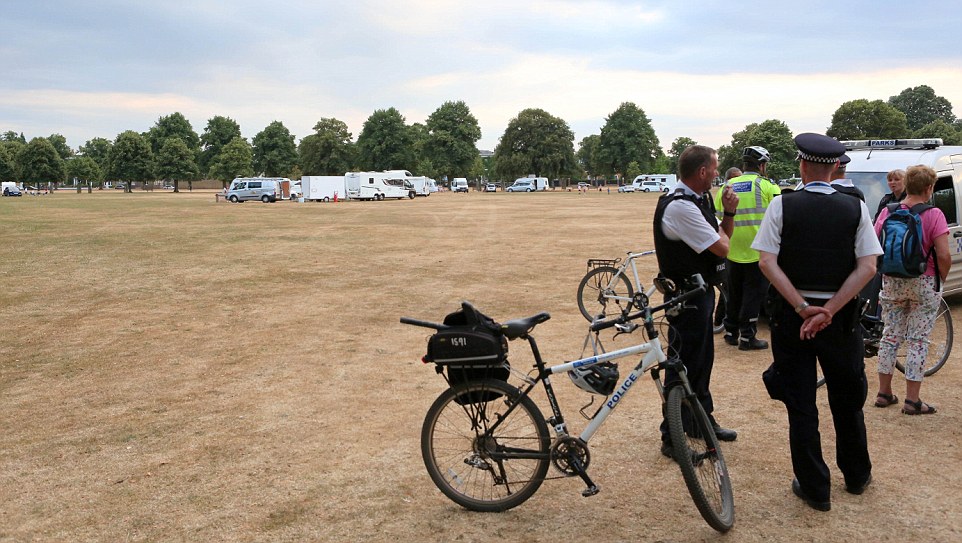 Local upset: Police officers try to reassure disappointed residents who want the group to move along as quickly as possible 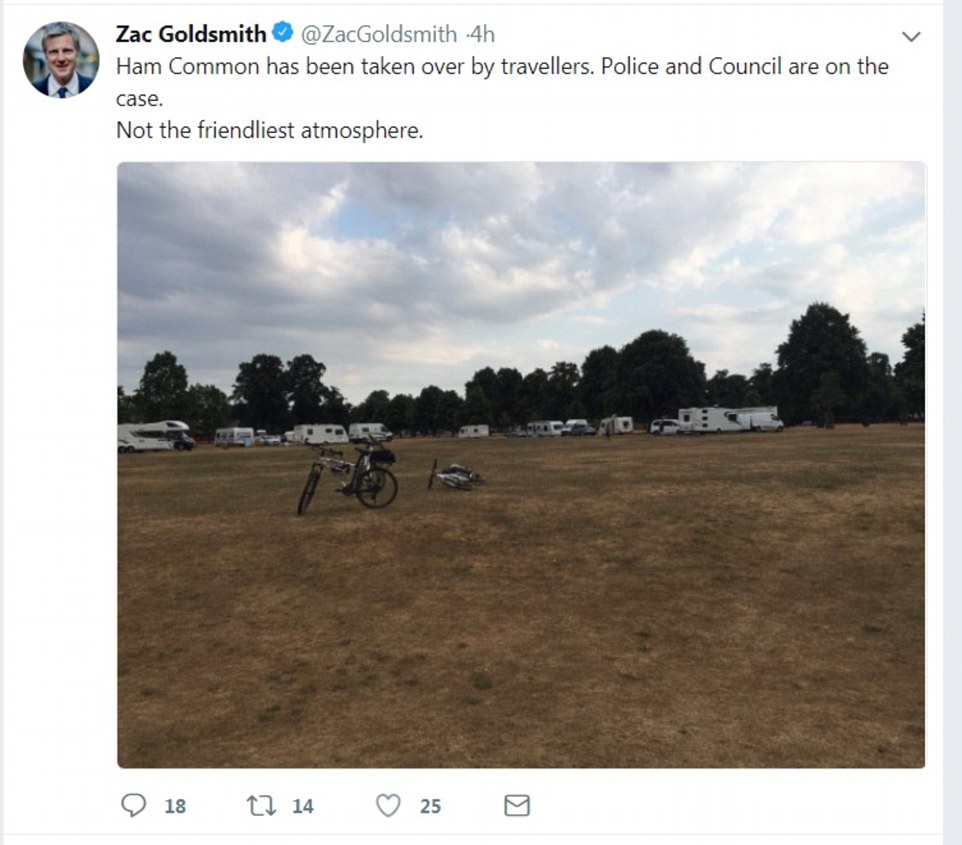 ‘Not the friendliest atmosphere’: Ham resident and MP for Richmond Zac Goldsmith was quick to contact police to ask the ‘unfriendly’ travellers to move along

Untidy: The convoy of motorhomes and four-by-fours ploughed their way onto the village’s usually-pristine common on Thursday 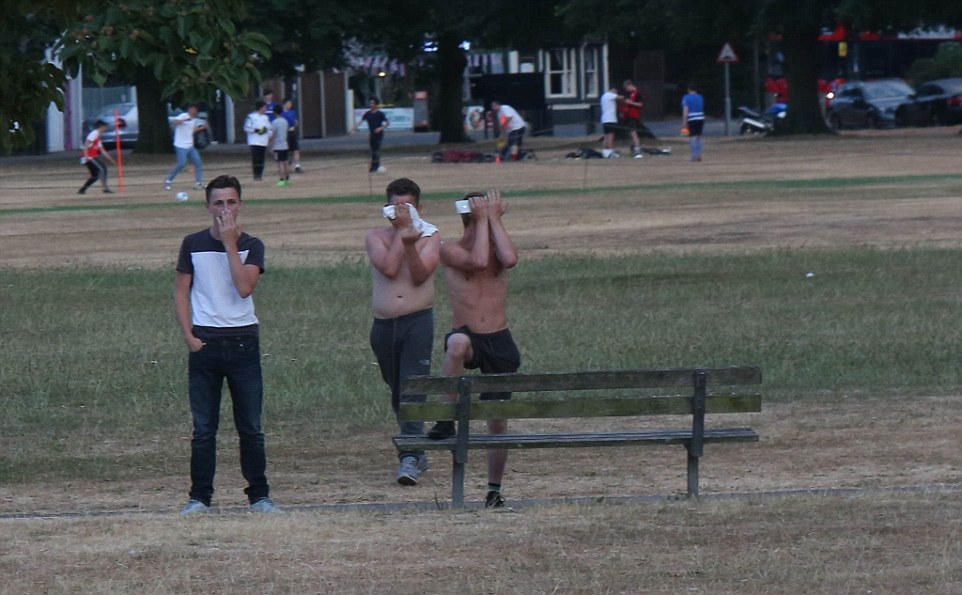 ‘Not the friendliest atmosphere’: A trio of teenagers cover their faces after arriving at Ham Common on Thursday

He wrote: ‘Ham Common has been taken over by travellers. Police and Council are on the case. Not the friendliest atmosphere.’

The parishioners expressed their concern that the travellers may cause disruption to the upcoming Britain in Bloom competition.

The annual event sees towns and villages judged for their outdoor floral arrangements. And now locals are worried about the impact the green’s new inhabitants may have on scoring.

Ham and Petersham Residents’ Association posted to their website: ‘We have encouraged police and council to quickly move action through to an eviction though there is a well-rehearsed game of cat and mouse that will be played before they actually leave which is unlikely to be before the weekend. 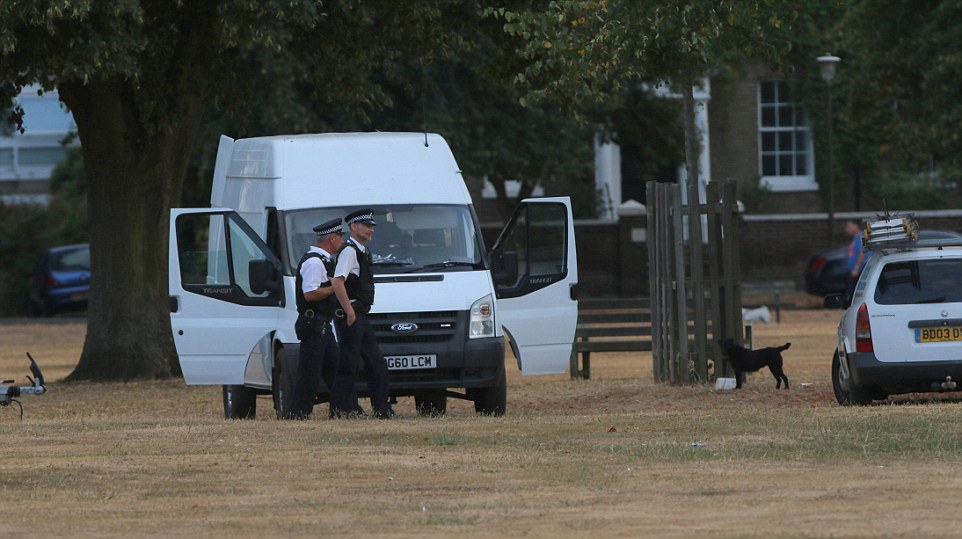 Challenge: Police were called to the scene to ask the group to move along but it appears they won’t be leaving until it is ordered by the court

Upset but undeterred, they continued: ‘We are not going to allow this to undermine the amazing work already done to improve the area ready for judging on July 31. There will now be even more to do so please show your solidarity and come and help.’

Even local police appeared to despair at the sudden influx, with an officer taking to the Ham & Petersham Twitter account to write: ‘Here we go again, folks’.

The officer urged people to be patient while they worked in conjunction with the council to move the thirty-plus travellers along.

Twitter user Matt Sparrow witheringly wrote below: ‘That’s the common destroyed for a while then.’ 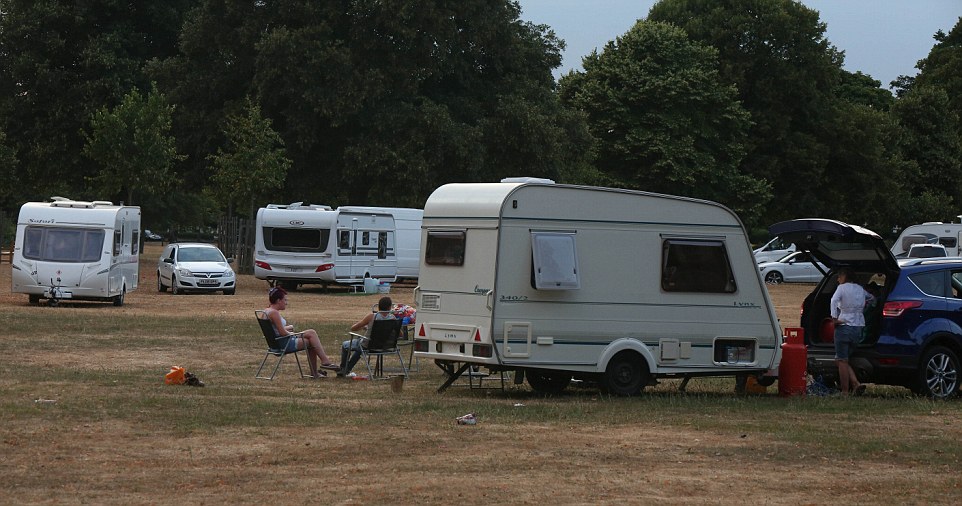 Getting comfortable: Travellers were seen putting up chairs and relaxing with drinks while angry residents nearby stewed

Photographs showed at least twelve motorhomes and cars parked up on the beauty spot with children running around while the adults settled into their temporary home.

Bare-chested men were also seen covering their faces and speaking heatedly to police, after officers arrived.

There were gigantic skid marks across the common as the four-by-four vehicles trundled their way over the already-scorched grass.

The police and council will have to apply to Richmond Magistrates’ Court in order to evict the group.

It is understood the travellers were previously staying on land in nearby Kingston-upon-Thames but decided to move on Thursday afternoon. 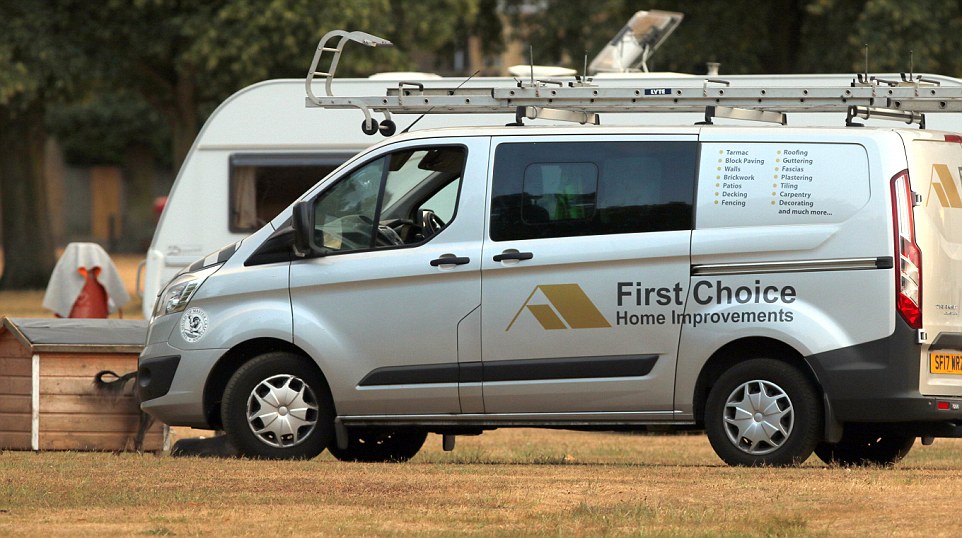 Day job: Among the vehicles parked up was a van for one of the traveller’s business 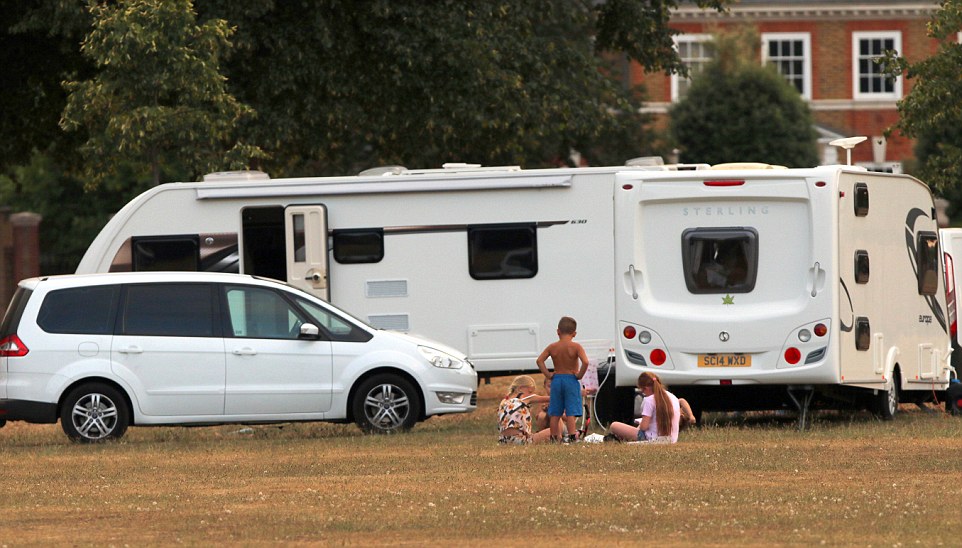 Different view: Tucked behind the trees looking out onto the famous common is a house worth