France’s Richard Gasquet has withdrawn from the Davis Cup final against Croatia later this month because of injury.

Gasquet, the No 1 French player, took to Twitter on Monday to announce his withdrawal but did not specify his injury.

According to L’Equipe newspaper, Gasquet, ranked No 26 in the world, is suffering from a groin problem.

The 32-year-old said he is ‘extremely disappointed’ not to be able to play for France, who are bidding to win the team competition for the second year in a row.

The final will be held at the Pierre Mauroy Stadium in Lille on between November 23 and 25 under a retractable roof.

In the absence of Gasquet, France captain Yannick Noah can still count on Lucas Pouille, Jeremy Chardy and Jo-Wilfried Tsonga for the singles matches. 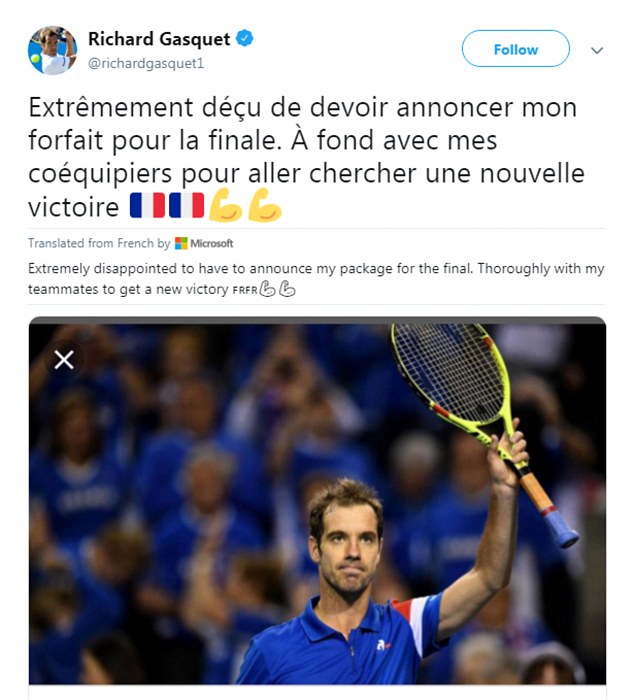