One thing we have come to learn about the Duchess of Cornwall is that she never does things in haste.

She was 48 when she ended her first marriage to Brigadier Andrew Parker Bowles, even though they had been estranged for years, and it was another decade before she agreed to marry the Prince of Wales.

As princely consort, she has witnessed all the ups and downs of Charles’s later life while enduring her own sometimes difficult encounters not just with the public, but also within the hierarchical world behind palace walls.

It was at Camilla’s urging – some seven years after their Windsor Castle wedding – that the prince decided to finally correct a few of the myths that have grown up around him.

Of these the most eccentric was that at breakfast, seven eggs each boiled to a different degree of softness were set before him so that he could choose the one with the right consistency.

Caught in the middle: The duchess with Michael Fawcett and Prince Charles

While hardly the most egregious of fables, she was frustrated that this and other misleading beliefs about the man she loves were allowed to remain unchallenged.

So it was with that same clarity of purpose that Camilla approached this latest crisis over Michael Fawcett, convincing the prince that while a personal tragedy, the aide’s departure was not just essential but long overdue.

There is a toughness about the former Mrs Parker Bowles that is often underestimated.

The years of hostility she has endured as the prince’s second wife has given her an unerring instinct for doing the right thing, however unpalatable.

She has also brought into Charles’s life real-world experience, whether it is shopping at the supermarket or dealing with parking tickets and managing a household budget.

Crucially, she recognised that, as her husband nears the throne, Fawcett represented a present danger.

‘For all his proven skills as a fixer, Michael was also toxic,’ says a courtier. ‘And the duchess who has a surprisingly forensic eye for detail recognised that. While others would traditionally brush things under the carpet, she knows that the modern world is unforgiving about such matters, especially those involving money, charity and honours.’

Above all, says the courtier, ‘she knows that the graveyards are full of indispensable men’.

Yesterday’s exclusive revelations in the Daily Mail that after 40 years of devoted royal service, Fawcett had resigned over reports that he offered to help a billionaire Saudi businessman secure a knighthood and British citizenship in exchange for a donation to Charles’s charity, was a highly significant moment in the prince’s transformation from heir to the throne to King-in-waiting.

Step by step obstacles that might destabilise the monarchy under a King Charles have been overcome. Marriage to Camilla was one, accepting the departure of Fawcett another.

And amid the frenzy of below- stairs glee that greeted the news of his fall yesterday, it is surely the emerging role of Camilla that lies behind the move.

Twice before she had been responsible for restoring Fawcett to his royal position after he had reigned over earlier scandals. But both occasions, in 1998 and again in 2003, were before her marriage to Charles.

In those early days she had tolerated Fawcett’s often overbearing behaviour because he made the prince happy by ensuring that everything ran like clockwork.

And because, friends say, she is not ambitious for herself, she often allowed the ever available Michael to have the final word in the prince’s ear.

Times, though, have changed.All those years when she was in the royal shadows suited not just her but also Fawcett who did not like any impediment to come between him and the prince. 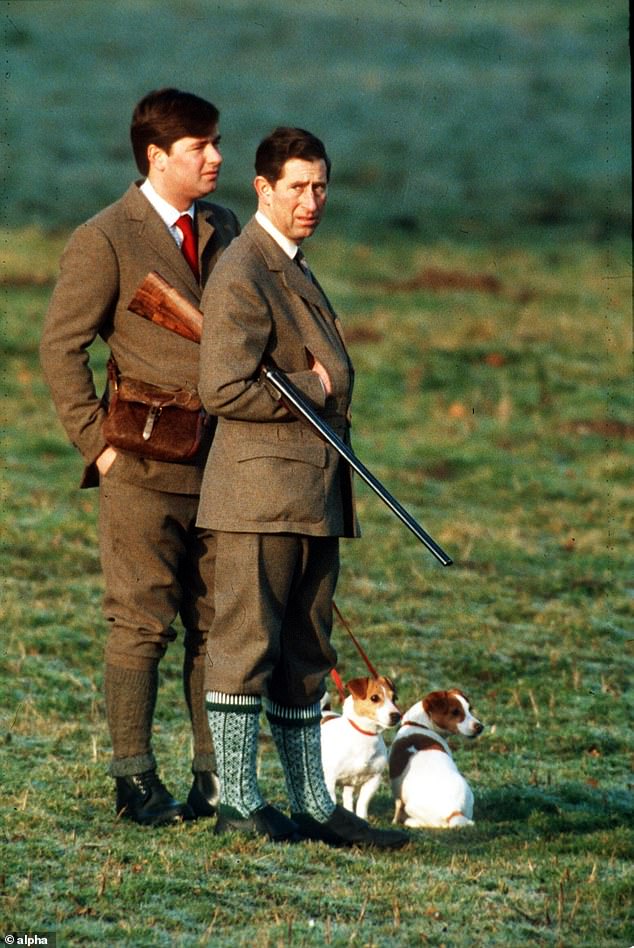 Future chroniclers of this epic moment in royal life will not just point to the hubris of a man from humble beginnings who rose so high only to fall so absolutely, but also to the sudden prominence of Camilla and her elevation from mere passenger to decision-maker within the royal Firm.

In the immediate aftermath of the cash-for-honours revelations two months ago, figures around Charles were divided over how to deal with the matter.

Some were insistent that whatever had happened, Fawcett, who had stood down as chief executive of The Prince’s Foundation, should not return to the post.

They believed he had been over-promoted as CEO and was not equipped to manage the large fundraising operation necessary to keep the Foundation and the prince’s pet project Dumfries House in Scotland going.

‘He was great at all the hand-pressing and glad-handing to secure the money, but he was less secure when it came to the oversight and processes needed for any modern charity,’ says one official.

Unaware of Fawcett’s activities, the prince initially blamed others for leaving Michael ‘exposed’. For years his attitude towards his former valet has always been summed up thus: ‘I don’t know how he does it. He is amazing.’

But Camilla rapidly realised this was no longer good enough.

Reports began circulating that because of the effect of the Covid pandemic on fundraising, some of the prince’s donors had received quite forceful appeals for help. One is understood to have been a long-standing friend of the prince and duchess.

Camilla didn’t have far to go to hear of Fawcett’s sometimes aggressive tactics. I understand her sister Annabel Elliot, who has done interior design work for both the Duchy of Cornwall and Dumfries House, has had some personal experience of working with Fawcett and not all of it was complimentary.

‘She came to the view that there should be no opportunity for Fawcett to return – and that this time he should not be allowed to come back after a suitable interval,’ a friend of the duchess says. 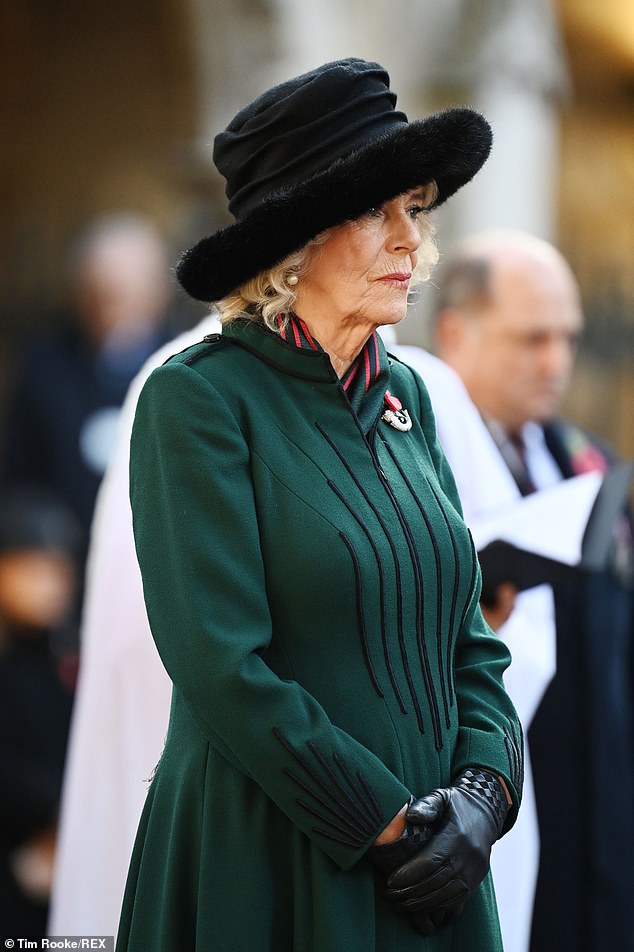 The involvement of the Metropolitan Police, who are looking into the allegations, and the potential risk to the prince’s reputation were also compelling. So too was Camilla’s intolerance of bullying, typified by her charitable work supporting victims of abuse.

She became the driving force behind making Charles accept that the man who first came to work for him as a nursery footman at Kensington Palace soon after his wedding to Princess Diana, had no future at his side.

The fact that the prince accepted the advice of his wife demonstrates how far Camilla has travelled from mistress to serious royal player.

How things have changed. It was Camilla who saved Fawcett from the sack some years ago when palace staff were in revolt. Three of them – chauffeur Simon Solari, equerry’s assistant Lyn Howley and valet Clive Allen – resigned over what they complained was Michael’s autocratic style.

A tearful Charles informed his treasured personal assistant he would have to go. Camilla talked Charles round, so Fawcett stayed. Five years later, the Fawcett saga took a different turn after he was implicated in a report investigating how unwanted royal gifts were being flogged off.

He was removed from his post only to return a week later on a ‘freelance’ contract through his Premier Mode events company. Again it was Camilla who had intervened.

Over the years several figures on Charles’s staff who have left considered themselves to be victims of Fawcett’s rise.

When in 2006 Sir Malcolm Ross moved from Buckingham Palace – where he had been in charge of the Queen Mother’s funeral arrangements – to Clarence House as Master of the Household, there were many private hopes that he would be able to break Fawcett’s hold on the prince.

And soon after, career courtier Andrew Farquharson, who had moved with Sir Malcolm from Buckingham Palace, was abruptly made redundant.

Others too have left, blaming the ‘influence’ of Fawcett.

In recent times with Fawcett based at Dumfries House, the Palladian masterpiece the prince saved for the nation, his authority over day-to-day royal matters had diminished while his relationship with the prince became even more entrenched.

But as unsavoury allegation followed allegation over the cash-for-honours affair and Fawcett’s position unravelled, the prince accepted his wife’s shrewd advice. 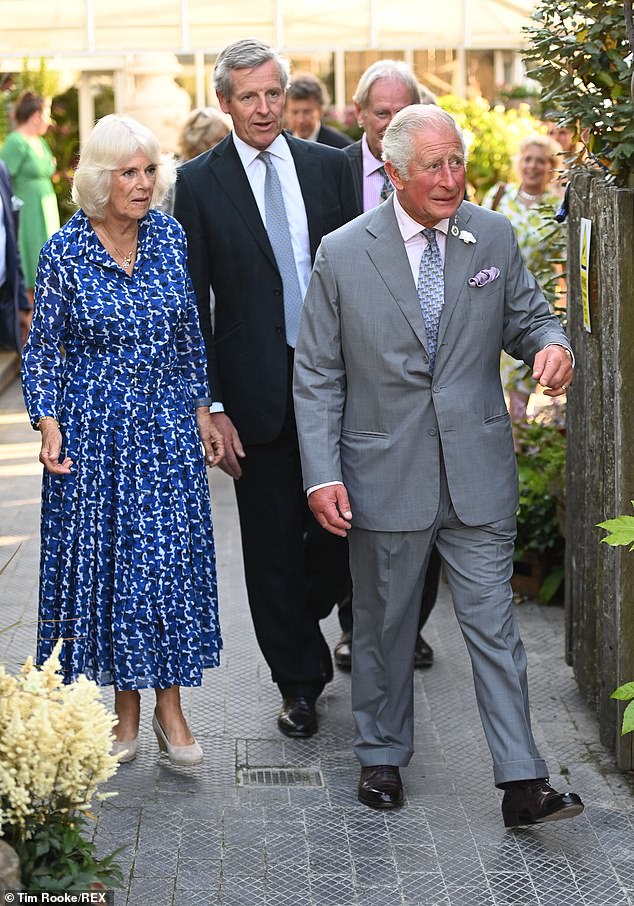 A trusted former confidante of the prince was despatched to visit Fawcett, who has a comfortable semi-detached home in Hampton, Middlesex.

Royal officials insist it was Fawcett’s decision ‘and his decision alone’ to resign.

As for Camilla, her uncompromising stance is likely to be a taste of things to come. She has recognised that, with the Queen now 95, her husband’s smooth transition requires no more pitfalls of the kind Michael Fawcett represented.

There’s a new buzz-phrase around the couple, ‘KP’. No, not Kensington Palace but ‘King’s Path’.

Who now would bet against Camilla being crowned Queen at Charles’s side rather merely observing his coronation as the princess consort?