RICHARD KAY: The one Dickens story he DIDN’T want you to read

Charles Dickens’ (pictured) books echo with a longing for a contented and stable family life, and who gave us our notion of the perfect family Christmas

These days — if we were being charitable — we would call it a mid-life crisis; a portly middle-aged man falling in love with an actress young enough to be his daughter.

And in dispensing with his wife he displays extraordinary cruelty. He has a wall put up dividing the marital bedroom, falsely claims that she did not care for their children and, in another lie, circulates rumours that she has a mental disorder. All this because of his obsessive love for a teenager.

And so who is this rogue? Step forward our greatest-ever novelist and renowned social reformer Charles Dickens, whose books echo with a longing for a contented and stable family life, and who gave us our notion of the perfect family Christmas.

But behind this saintly image he was a flawed figure who cast out Catherine, the mother of his ten children, without compunction becase of his love for Ellen Ternan.

This dark side we knew. But while many have been willing to make allowances for his behaviour, even Dickens’ most devoted fans will be shocked by the emergence of new evidence about how far he was prepared to go to rid himself of the matronly wife who had lost her glow of youthful prettiness.

Yesterday it was revealed that Dickens tried to have Catherine committed to a lunatic asylum. The monstrous plan has emerged in a cache of letters, overlooked by scholars for a century and a half, that tell the break-up of the Dickens marriage from the point of view of his abandoned and heartbroken wife.

The correspondence, acquired by Harvard University in 2014, was written by a neighbour of Mrs Dickens who befriended her in the years after her separation from the novelist and in whom she confided.

Edward Dutton Cook, a drama critic and writer, and his wife Linda became firm friends to Catherine after moving next door to her in Camden Town, North London.

His letters give a vivid picture of literary life in London in the 1870s, but buried in them is a striking insight into the break-up of the Dickens marriage. Until this period Catherine had always been discreet. But in the final year of her life, and knowing she was dying, she felt she had to give her side of the story. 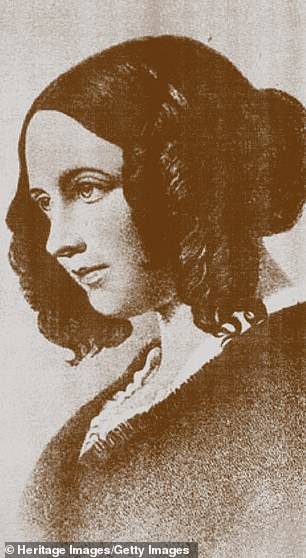 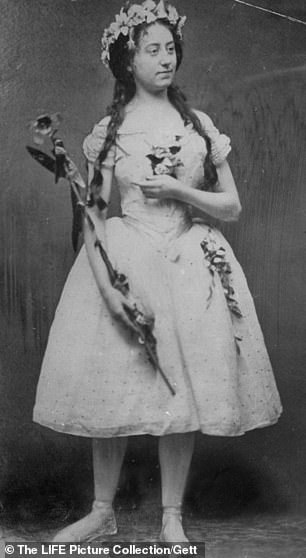 The crucial revelation comes in a letter from Cook to another critic in January 1879. Catherine was by then very ill, taking twice-daily morphine injections. Dickens, Cook wrote, ‘discovered at last that she had outgrown his liking. She had borne ten children and had lost many of her good looks, was growing old, in fact.

‘He even tried to shut her up in a lunatic asylum, poor thing! But bad as the law is in regard to proof of insanity he could not quite wrest it to his purpose.’

Academic John Bowen, Professor of 19th century literature at York University, who made the startling discovery, describes it as ‘a more damning account of Dickens’s behaviour than any other.’

He said: ‘In one sense it was wonderful. On the other hand it was a terrible discovery, so the hairs were going up on the back of my neck. Here’s a different dimension to his character that has been hidden for 120 years.’

There is, he says, plenty of evidence to back up Cook’s assertion. Dickens had written to a friend, subsequently leaked to newspapers, in which he claimed his wife had mental illness.

Catherine’s aunt claimed the author had tried to get a doctor to corroborate the scurrilous accusation but the physician had ‘sternly refused, saying he considered Mrs Dickens perfectly sound in mind’.

Cook himself thought about making his discovery public but worried that in doing so he would offend the family — he was close to the Dickens’s son Charles Junior and favourite daughter Katey. So what does this remarkable disclosure mean for the reputation of the greatest of Victorian writers?

Claire Tomalin, author of Charles Dickens: A Life, calls it compelling evidence that Dickens did something ‘shameful’. Jenny Hartley, who wrote the well-received Charles Dickens And The House Of Fallen Women, says she is ‘sad’ about the revelation.

For generations Dickens was not just a towering figure of literature but a man who used his time and money to do good works, particularly in championing the poor. But his private life was marked by the cant and humbug of the times.

As a young man, he fell in love frequently, most intensely, it is said, with Maria Beadnell, a coquettish young woman on whom he based the character of Dora in David Copperfield. 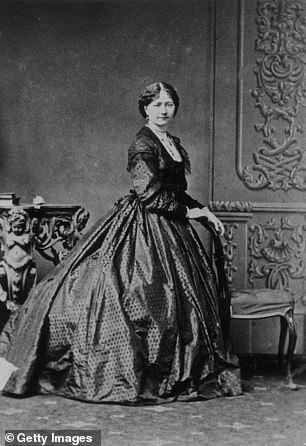 Ellen Ternan in a photo from circa 1860

Her family thought the then jobbing court reporter lacked prospects, and so on the rebound Dickens fell for Catherine Hogarth, the blue-eyed daughter of his first editor. At 24 he was keen to marry — and to mould his beloved into a passive wife.

Their honeymoon in a Kent cottage lasted little more than a week during which he continued to work on The Pickwick Papers, the novel which made him famous.

Catherine was pregnant within a month of their wedding and over the next 16 years gave birth to ten surviving children. Dickens only wanted three and felt the burden of supporting so many offspring.

In the first year of marriage, Catherine’s 16-year-old sister Mary lived with them, and when she died — in his arms — the following year, Dickens’s grief knew no bounds. He took a ring from her finger that he wore for the rest of his life. How, one wonders, did his wife take this act of sorrow?

When another sister, Georgina, came to live with them in 1842, to help with the growing family, Catherine was sidelined.

Like Mary, 14-year-old Georgina was young and eager to please. His wife, meanwhile, had become stout, reminding Dickens all too much of his mother.

Stuck in a now loveless marriage, matters came to a head when a bracelet meant for his new love was delivered instead to his wife.

The marriage never recovered and Catherine began to drink. In 1858, Dickens sought a legal separation and published a personal statement to the effect that rumours about his dalliance with another woman were untrue. He also allowed a statement about Catherine’s mental wellbeing to appear in the American Press.

After finding Catherine the house in Camden, he washed his hands of her. Until his death 12 years later, he sent only three letters, all in reply to inquiries from her, and did not even contact her when one of their sons died.

Dickens’ vindictive behaviour towards a wronged wife was undoubtedly fuelled by his passion for Nelly. But unlike other literary men of the age such as Thackeray and Wilkie Collins, who defied convention by flaunting their mistresses, Dickens wanted Nelly to remain a secret.

He feared a scandal would ruin his reputation and had a dread that discovery would destroy his bond with his readers.

He therefore set about to conceal Nelly’s very existence. He bought a cottage near Slough where they met in secret and conversed by letter using a secret code and adopted aliases. One biographer has suggested Nelly gave birth to a child, though this has never been proved.

In the 1980s, biographer Kathryn Hughes remarked that if it could be proved that Dickens had a sexual relationship with Nelly, the effect upon the public mind would be ‘like finding that Father Christmas has been to a brothel’.

For his vilified wife the lonely years of separation were not easy. Dickens provided her with an allowance of £600 a year, but this was cut to £300 on his death.

Catherine’s friend Cook also recorded the telegram she had received on the death of John Forster, Dickens’ closest friend and biographer, noting: ‘She hates him bitterly…for he was Dickens’ adviser and agent in all the dirty work of the separation.’

Even now, Dickens’ brutish behaviour towards his wife has the power to shock — but whether it will make us think any differently about his fiction remains to be seen.