Richard Keys has furiously hit back at presenter Gabby Logan in a stunning 1,000-word post after she made a series of accusations towards the former Sky Sports host – slamming her ‘serialisation of smears’ after she called him a ‘cruel dinosaur’.

Keys – who now works alongside his broadcast partner Andy Gray on beIN Sports in the Middle East – vowed to take legal action against BBC host Logan after her claims in her memoirs, which were serialised by the Mail on Sunday.

Among the allegations were that Keys and Gray joked about refusing to have sex with pregnant women while Logan was carrying twins.

Keys has now taken a huge swipe at Logan and said she ‘always had an awful lot to say’ – revealing she was known as ‘The Gabbler’ when he worked with her in broadcasting.

He called many of her claims ‘nonsense’ and ‘very sad’ as he disputed the allegations, including that he was sacked from Sky Sports over misogyny towards lineswoman Sian Massey in 2011.

He wrote in his lengthy blog post: ‘How sad that somebody I haven’t seen for 30 years – and for whom I went out of my way to help start their career – feels the need to take the cheap and inaccurate option by smearing me – together with virtually everyone in the industry (including, it seems, the entire Sky business) – in her upcoming autobiography.

‘Producers, directors, cameramen, sound technicians, statisticians – everyone it seems – has either belittled her or tried to block Gabby Logan’s career. Except they didn’t. In fact, I can’t think of anyone who’s had more of a leg up.

‘Let me say this. I’ve dealt before with the incidents surrounding my resignation from Sky. I repeat – resignation. I was not dismissed. I’ve taken responsibility for my part in what happened. It’s more than time to move on. 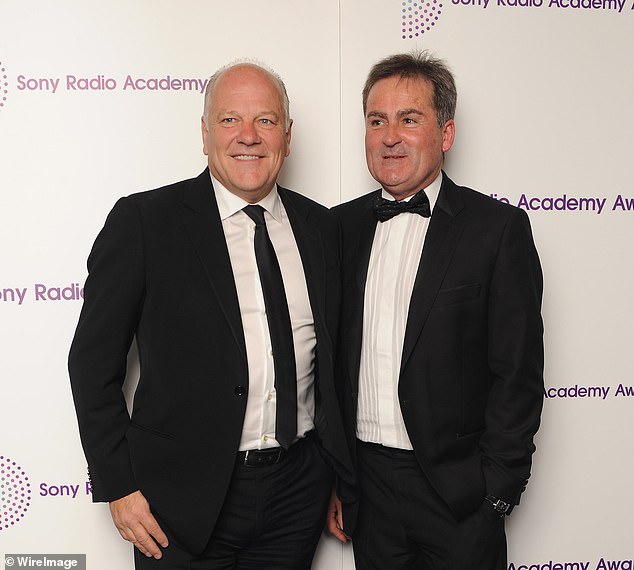 ‘They gave [Logan] the nickname ‘Gabbler’. She always had an awful lot to say – not a lot of it very complimentary. If you don’t mind, I find reading Logan’s serialisation of smears very sad.’

In detailed extracts from her memoir, Logan recounted a conversation between Keys and Gray on a flight to Istanbul ahead of the 2005 Champions League final.

Logan wrote: ‘I was seven months pregnant with twins, and I was huge. I looked like I’d swallowed a space hopper.

‘In full earshot of me – and anyone who might be listening in our business-class cabin – Richard said: ‘So, Andy, what do you think of pregnant women?’

”I’m afraid I don’t find them very attractive, Richard. In fact, I never slept with my wife when she was pregnant with our kids.’ 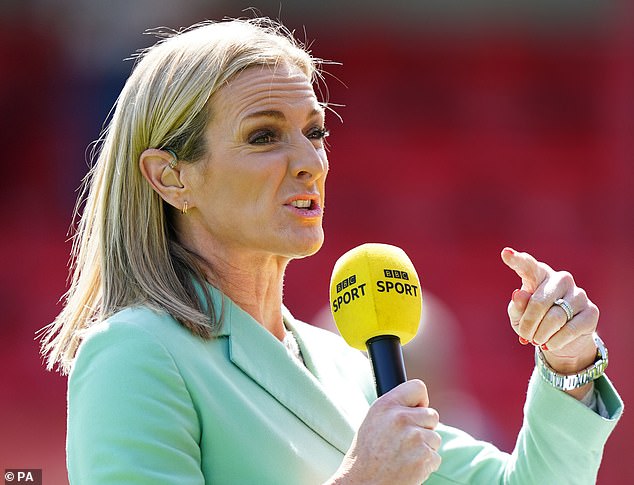 ‘Then they laughed their heads off at their little ‘comedy’ routine.

‘I was embarrassed, of course, and thought their comments were especially cruel, bearing in mind they both had children and wives of their own.’

Responding to her claims initially, Keys said he would refer the matter to his lawyers. 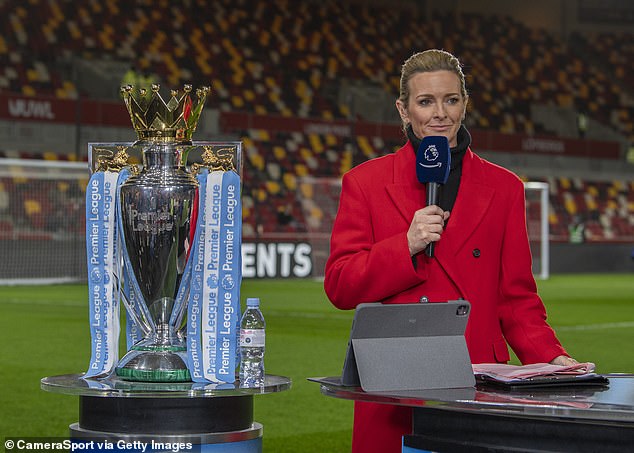 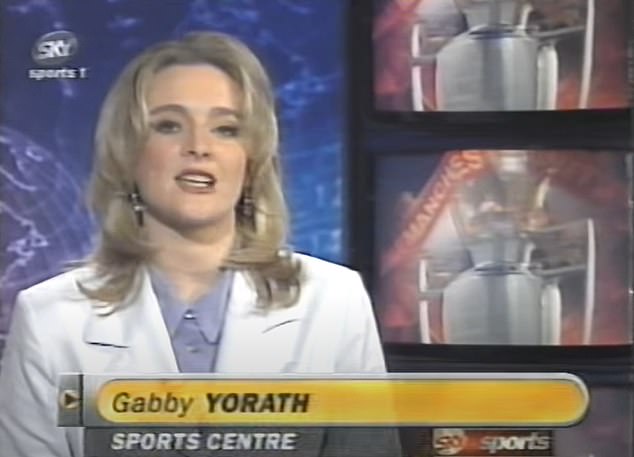 Keys claimed he helped Logan in her early career and added: ‘I can’t think of anyone who’s had more of a leg up’ 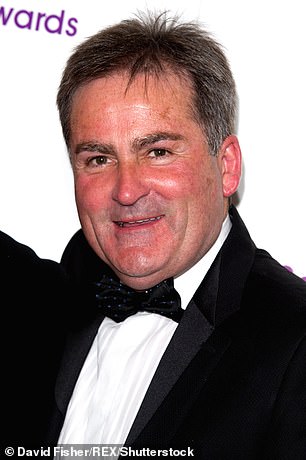 In response, Keys, 65, tweeted on Saturday night: ‘With reference to an article published by The Mail on Sunday written by Ms Gabby Logan. Ms Logan has made a number of wildly inaccurate allegations in the process of defaming my reputation.

‘I have referred the matter to lawyers with a view to proceeding with libel action.’

Elsewhere in the book extract, Logan alleged: ‘I don’t really want to write a lot about Richard Keys; he was dismissed, along with Gray, when they were caught talking lewdly about the lineswoman Sian Massey, and after he was caught asking pundits in the studio if they would ‘smash it’, referring to another woman.

‘In one painful-to-listen-to monologue aimed at saving his UK career, he tried to argue that he couldn’t be sexist, because he’d helped get me a job and kick-started my career. He truly didn’t get it.’

She also claimed that a well-known male presenter asked her ‘how many footballers have you notched up on your bedpost?’, a question that left her ‘dying inside’. In his statement, Keys denied he was the individual who said the remark.

Keys left Sky Sports in January 2011 following the derogatory comments about Massey, considered a pioneer for women in football refereeing, and after further clips emerged of him and Gray making sexist comments off-air.

Keys apologised for his ‘prehistoric banter’ at the time, saying: ‘Such comments were made off-air to work colleagues, and were, of course, never intended to be broadcast.

‘If off-air conversations of television and radio presenters were recorded, there would be no one left working. That is not to defend what happened.’

In June 2013, Keys and Gray were hired by beIN to host Premier League and European football. They have been presenting on the Doha-based channel ever since.

Keys had presented Sky Sports’ coverage of Premier League football from its inception in 1992, and was the face of the broadcaster’s Super Sunday coverage, before his departure 11 years ago.