EXCLUSIVE: The full, inside story of why an enraged café customer threw two hot coffees on a barista after a woman refused to let him pay for her order – as his secret crisis is revealed

A café customer who threw two cups of hot coffee on a western Sydney barista in a fit of rage after a woman refused to let him pay for her drink has issues regulating his emotions, a court has heard.

Richard Khoury, 31, pleaded guilty to assaulting a barista at the Soul Bowl Cafe in Rosehill at Parramatta Local Court on Tuesday, bringing an end to a lengthy saga that began on the morning of June 9.

That day, Khoury became enraged when a female customer declined his offer to pay for her coffee – with the Chester Hill man then taking his anger out at the male barista.

Court documents said Khoury ‘became increasingly aggressive, and yelled words to the effect of “just take the money for the lady” while attempting to hand a $20 note to the worker.’

Richard Khoury, 31, pleaded guilty to assaulting a barista at Soul Bowl Cafe in Rosehill on June 9 throwing two hot coffees over him

When the barista said he wouldn’t charge the man for her coffee, he tossed the drinks straight at his face, court documents said, leaving the staff member with burn marks and a swollen eye.

At the time, the cafe’s owner Lilly said that the customer was very ‘aggressive’ and claimed he shouted at the 27-year-old Nepalese worker calling him a ‘f**king dog’.

‘The barista took the physical part of the incident like a man but the abuse … really hurt him,’ she said. ‘When I arrived he was on the verge of tears.’

The barista did not suffer any serious long term injuries despite the coffee splashing him on his face and upper torso, including his ears and eyes. 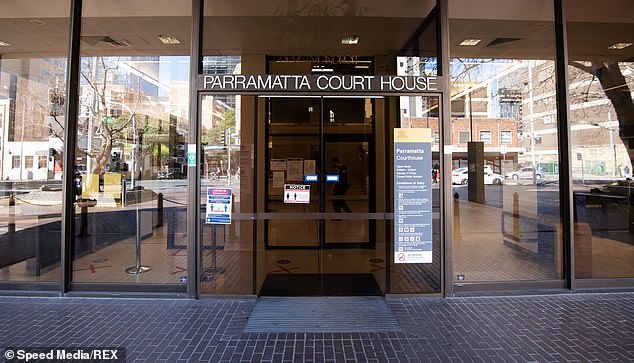 In Parramatta Local Court (pictured) on Tuesday, the court heard Khoury was struggling with regulating his emotions and had a gambling disorder 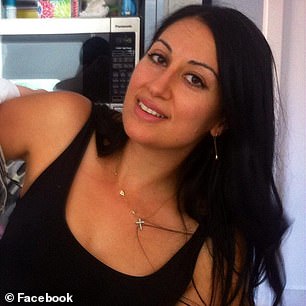 The horrifying footage of the assault initially came to light when was shared to the Soul Bowl Cafe’s Instagram account.

‘To have someone just wake up on the wrong side of life and take it out on our staff making them feel unsafe is something we will absolutely NOT TOLERATE!!!’

The cafe owner said the staff member who was hit with the coffee had been at the store since it opened three years ago and was ‘loved and adored by everyone’.

Khoury was convicted of common assault and sentenced to a 12 month community corrections order on Tuesday.

As part of that order must attend ongoing counselling to address issues around emotional dysregulation and his gambling disorder. 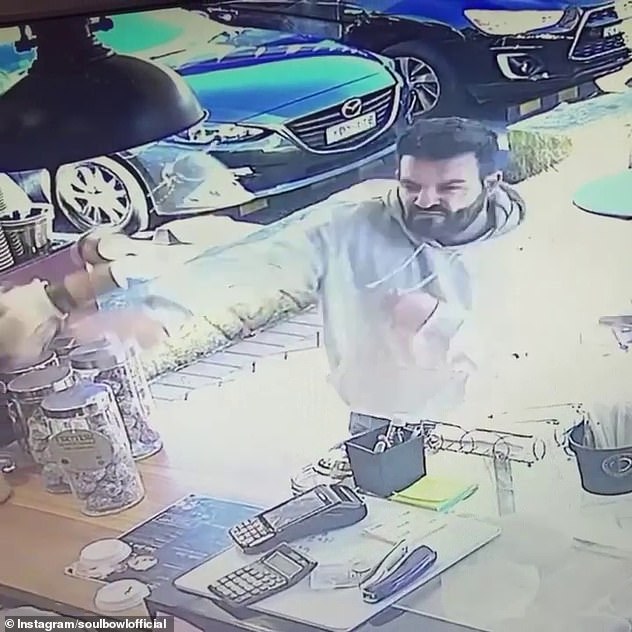 Khoury had tried to pay for the coffee of another woman but when she declined and the barista didn’t take the money, he ‘exploded’. He was sentenced to a 12 month community corrections order and must undergo counselling for emotional dysregulation and gambling disorder