Plans have been announced for a new TV channel to help immigrants learn English. It’s estimated that around 850,000 people living here can’t speak the language.

A think tank called British Future is proposing they watch classic television shows, including Only Fools And Horses and Fawlty Towers.

This would teach them not just the basics, but how to communicate in the vernacular, like wot we do.

It would supplement over-subscribed English classes at local colleges — including this one, at the Nelson Mandela Academy, in Peckham, South London . . .

Au revoir, Wilko Johnson, buenaventura. My numbre, name-o, is Del Garcon Trotteur. Toujours, that is, today, I will be your — how you say? — guido fawkes to spreken zie Creme Anglais.

Je suez un entrepreneur, whatever that is in French, and I am effluent in the canarding and diving. Je don’t connais si any of vous have voyeured ze Soixante Neuf ITV series Mind Votre Language, mais if vous avez ever seen it you will getto the idee generale.

To assist me, je suis joined by mon plonquer d’un frere Rodney et the plume de ma tante, Oncle Alberto, who is fluento in a numero des lingos, on account of having un oiseau in every port quand he was dans le marine merchand, as we say in the tapas bar Espanol formerly known as the Tete Du Nag, run by mon villain ami Michel — qui was aussi in Il N’est Pas Chaude, Mere, sur UK D’Or. 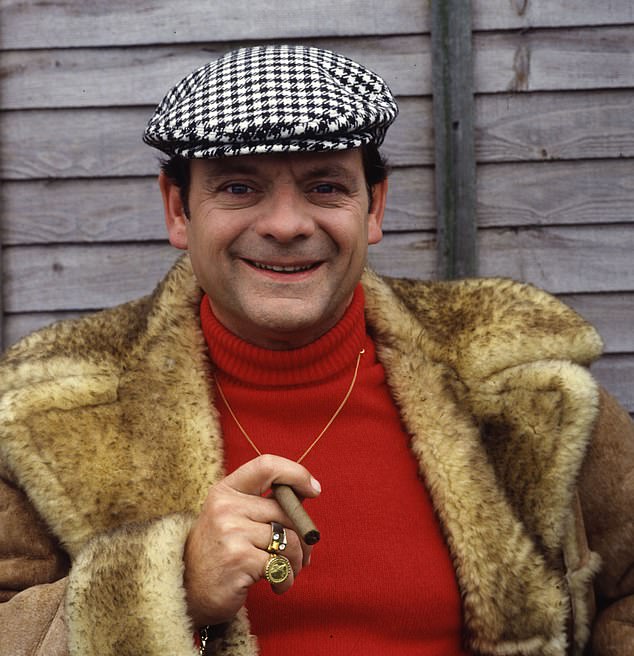 Lesson una paloma blanca is how to allez shopping. 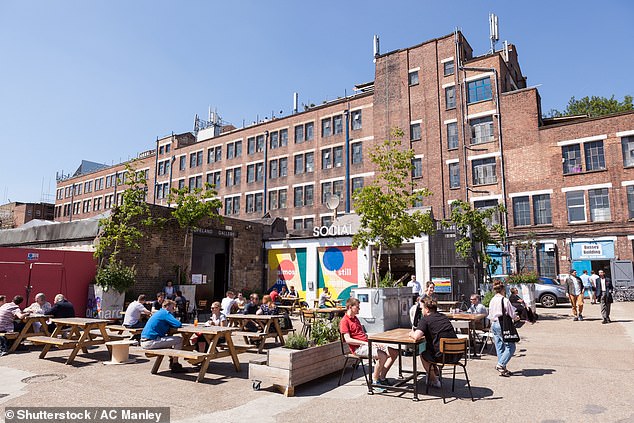 Similarlo, quand acheting un voiture second-hand from Senor Boycie, when he dits it will costez vous un ‘monkey’ he doesn’t mean a chimpanzee, he means 500 of your English squiddlies.

This is typical. Absolutely typical of the kind of nonsense I have to put up with from you people. You ponce in here expecting to be waited on hand and foot, while I’m trying to run a hotel here.

Have you any idea of how much there is to do?

Do you ever think of that? Of course not, you’re all too busy sticking your noses into every corner, poking around for things to complain about, aren’t you?

Well let me tell you something — this is exactly how Nazi Germany started. A lot of layabouts with nothing better to do than to cause trouble.

Well I’ve had 15 years of pandering to the likes of you, and I’ve had enough. I’ve had it. Come on, pack your bags and get out… 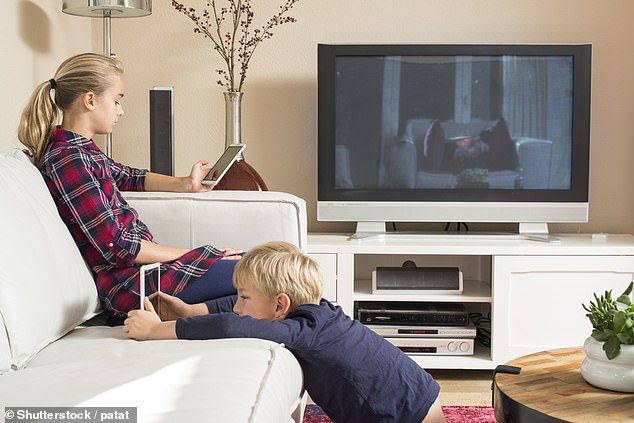 Children are spending so much time on their iPads and other electronic devices that they are missing out on the joy of having imaginary friends, according to a new report

Children are spending so much time on their iPads and other electronic devices that they are missing out on the joy of having imaginary friends, according to a new report.

What are so-called ‘Facebook friends’ if not imaginary, as I was saying to my giant rabbit mate Harvey only yesterday.

Dear old Keith Waterhouse, much missed former denizen of this parish, would have enjoyed the story about Enid Blyton being banned from commemorative coins for being ‘racist’ and ‘homophobic’.

He called it Noddy and Socially Challenged Ears.

Flushing away your cash 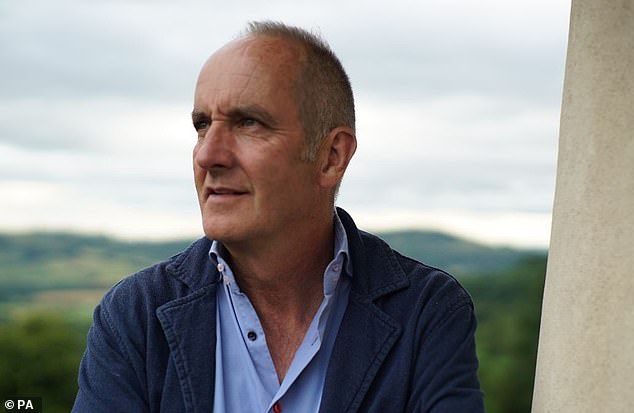 Property pornographer Kevin McCloud has been having a pop at people with too many bathrooms.

The presenter of Channel 4’s Grand Designs said: ‘Bathrooms are extremely wasteful in terms of resources, yet people are putting more in their homes than there are actual occupants,’ he said. ‘Four people live in the house and put in six toilets. I don’t understand that.’

He may have a point but, frankly, I’m surprised he isn’t keeping his head down right now. Or, at least, giving it five minutes.

It has been revealed that people who poured more than £4 million into an eco-friendly property scheme promoted by McCloud could lose up to 97 per cent of their investments. When it comes to flushing other people’s money down the toilet, he really does know what he’s talking about.

Headline of the week comes from Her Majesty’s Daily Telegraph yesterday:

‘Birds fed on cheeseburgers develop cholesterol issues.’ Tell us something we don’t know, I thought when I read it, judging by some of the XXL lard-butts cluttering up the streets over the Bank Holiday weekend, stuffing their faces with fast food.

Call me old-fashioned, but what is it about young women who think that letting it all hang out is a way to behave? 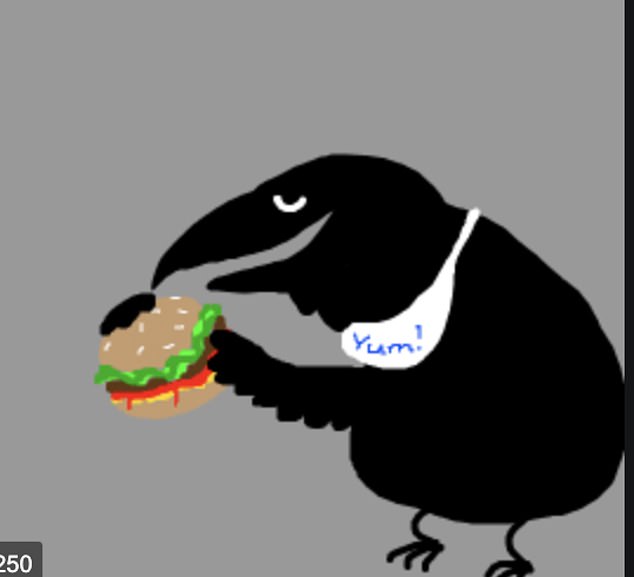 The minute the temperature goes above 70F in old money, they seem to think it’s acceptable to squeeze themselves into flimsy crop tops and spray-on Lycra shorts, flaunting more rolls of fat than a Sumo wrestlers’ convention.

On closer reading, the story wasn’t about heart-attacks-waiting-to-happen Hattie Jacques wannabes in Britain, it was about crows in California having high levels of cholesterol in their blood after feeding on leftover McDonald’s.

Mind you, there’s no danger of it spreading to crows in this country. There’s not a cat in hell’s chance of any of our gut-busting young women leaving so much as a crumb of a cheeseburger for the birds.

Saving the world, one bag of charcoal at a time

Speaking of Del Boy (see elsewhere) you can’t help admiring the latest wheeze aimed at fleecing mug punters overcome by ‘green guilt’. A company has come up with a ‘carbon offset’ scheme as ingenious as any of the tree-planting scams designed to pander to the private jet set.

They are promising, for a small consideration, to bury bags of charcoal at the bottom of a quarry on behalf of anyone who feels queasy about killing polar bears every time they take a journey by road or air.

Don’t you wish you’d thought of that first? It turns out that they’re importing the charcoal from Namibia. You couldn’t make it up.

Mind you, in the name of saving the planet, we’re getting rid of coal-fired power stations and shipping over millions of tons of woodchips from the U.S.

No wonder the Brazilians have decided to cut out the middle man and set fire to the rainforests instead. Saves a lot of bother, and if they feel guilty they can always pay someone to bury a bag of Namibian carbon at the bottom of a redundant coal mine.

Peckham Spring waters all round!