RICHARD LITTLEJOHN: MI5 is conspiring against Jeremy Corbyn? I hope so

One of Jeremy Corbyn’s closest advisers claims there is a ‘deep state’ conspiracy to prevent the Labour leader becoming Prime Minister.

What’s more, Andrew Murray believes he himself is being targeted as part of a wider plot to discredit Corbyn.

Murray blames the intelligence services for his failure to obtain a Commons security pass despite working for Corbyn for more than a year, and accuses them of planting a fake news story alleging he had been banned from Ukraine because of links to the Kremlin.

In a rambling article for the New Statesman, worthy of Private Eye’s resident revolutionary Dave Spart, Murray writes: ‘The Establishment at home and abroad deplore Labour’s approach to foreign policy more than anything else.

They fear the popularity of Corbyn’s opposition to war, backing for global human rights and support for the Palestinian cause and their loss of control over the international narrative.

‘The powers-that-be can perhaps live with a re-nationalised water industry but not, it seems, with any challenge to their aggressive capacities, repeatedly deployed in disastrous wars, and their decaying Cold War worldview.

‘We are often told that the days of secret state political chicanery are long past and we must hope so. But sometimes you have to wonder…’

Which branch of the Funny People he suspects of being behind all this — MI5 or MI6 — isn’t specified. But just because you’re paranoid, it doesn’t mean they’re not out to get you.

Andrew Drummond-Murray, to give him his full name, is precisely the kind of individual the intelligence services should be keeping tabs on.

Often described as a ‘former Communist’, he didn’t join Labour until 2016. He’s another one of those curious, privileged, privately educated, posh Lefties who surround Corbyn. Dad was a stockbroker and banker, and mum was the daughter of a Tory MP.

Murray himself has been involved in hardline Left-wing politics his entire adult life and is widely considered to be an apologist for Stalin. He’s viscerally anti-Israel, pro-Palestinian and a supporter of North Korea.

Currently, as well as advising Corbyn, he also serves as chief-of-staff to Labour’s paymaster ‘Red Len’ McCluskey at the Unite trade union.

He has worked for the Communist Morning Star newspaper — the Corbynistas’ news outlet of choice — and during the Eighties was employed by the Soviet Novosti news agency.

They were mostly old sweats who had left the party when they grew up, especially after the Russian invasions of Hungary in the Fifties and Czechoslovakia in 1968.

Murray was still a member of the Communist Party until a couple of years ago, more than a quarter of a century after the Berlin Wall came down.

Even if he’s no longer a cardcarrying member, he has more in common with his old comrades than with most mainstream Labour MPs and supporters.

He says he has no links to Moscow, but backed Putin over the shooting down of that Malaysian airliner and the annexation of Crimea, and has appeared on the Russian-bankrolled RT television channel.

Could that be why the Ukrainian authorities branded him part of Putin’s ‘global propaganda network’?

Murray is joined at the hip to Corbyn’s communications chief Seumas Milne, the privately educated son of a former BBC director-general, and another notable Soviet sympathiser. Like so many other committed socialists, Milne sent his children to selective grammar schools. 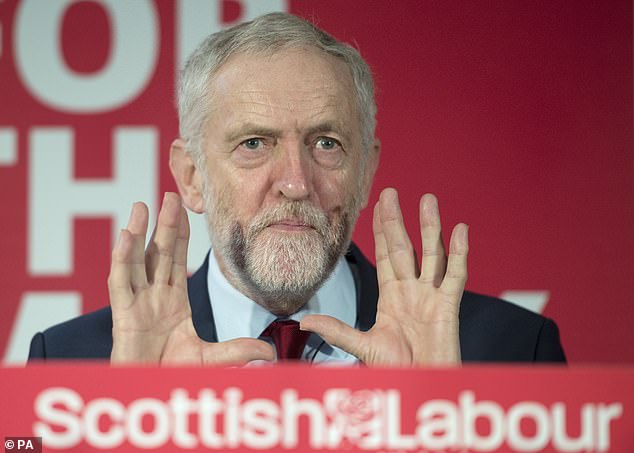 Murray is joined at the hip to Corbyn’s communications chief Seumas Milne, the privately educated son of a former BBC director-general

Murray and Milne started out in agitprop politics in the Seventies and although Milne never joined the Communist Party — he joined The Guardian instead, which is almost the same thing — they share a warped, Wolfie Smith worldview which hasn’t changed much in four decades.

That both have found a comfortable berth in Corbyn’s inner circle is yet more confirmation of just how far Labour’s centre of gravity has shifted to the extreme Left.

There has been much excitement recently over the reheated revelations about the late Labour leader Michael Foot being a paid agent of the KGB.

True or not, these days Moscow doesn’t have to pay those at the top of the Labour Party for support. Labour’s ruling politiburo is already simpatico.

Corbyn even refused to accept the Russians were responsible for the Salisbury poisonings without ‘incontrovertible’ proof, and called for samples of the nerve agent Novichok to be sent to Moscow for analysis.

It is impossible not to believe that Milne and Murray were 100 per cent behind their leader’s stance and involved in formulating it.

The idea of Corbyn becoming PM is terrifying. So is the prospect of hardliners like Murray and Milne occupying sensitive positions in 10 Downing Street.

Murray might claim the intelligence services are plotting to prevent that happening, but given the way the Tories are tearing themselves apart over Mother Theresa’s botched handling of Brexit, who would bet against Corbyn coming to power?

It would be the most Left-wing government in British history, with the potential to cause untold damage at home and abroad.

If the Funny People are getting jittery, be honest — can you blame them?

It’s official. Bert and Ernie are not gay, they’re just good friends. Speculation about their sexuality has been raging for almost 50 years.

But Sesame Street’s producers insist that although they have human traits and identify as men, they are not homosexual. They are, in fact, puppets.

That may come as some consolation to the Belfast bakers who were prosecuted in 2015 for refusing to make a Bert and Ernie cake promoting gay marriage.

Now the Bert and Ernie question has been cleared up, LGBT campaigners may turn their attention to other potential role models in the puppet world.

Will Pinky and Perky be forced to come out of the closet? What about Zig and Zag? Perhaps one of them can be persuaded to transition. And, to be honest, I’ve long had my doubts about Bill and Ben, the Flowerpot Men. 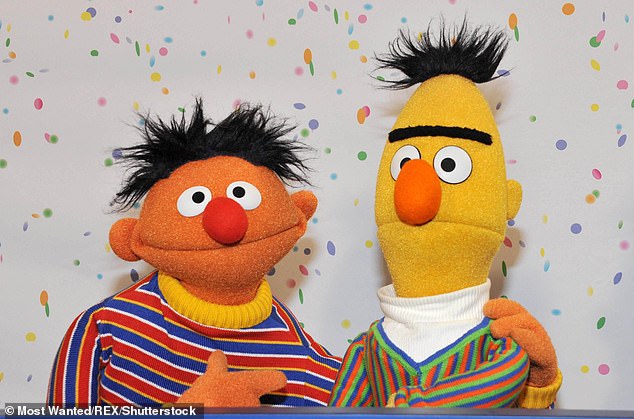 Well, that was a complete waste of time, wasn’t it? What else did Mother Theresa expect?

The other EU states were never going to swallow her Chequers sell-out. They still cling to the hope that Britain can be humiliated into reversing the referendum result.

She was only given ten minutes to present her vision of Brexit, which they contemptuously rejected out of hand, as their negotiators said they would. Chequers is dead in the water.

Instead of crawling back to Brussels in the vain hope that some kind of shoddy compromise can be cobbled together, she should simply tell them we’re leaving in March on WTO terms and they won’t be getting a penny of the £39 billion divorce payment she foolishly offered upfront.

Just walk away, Mrs May.